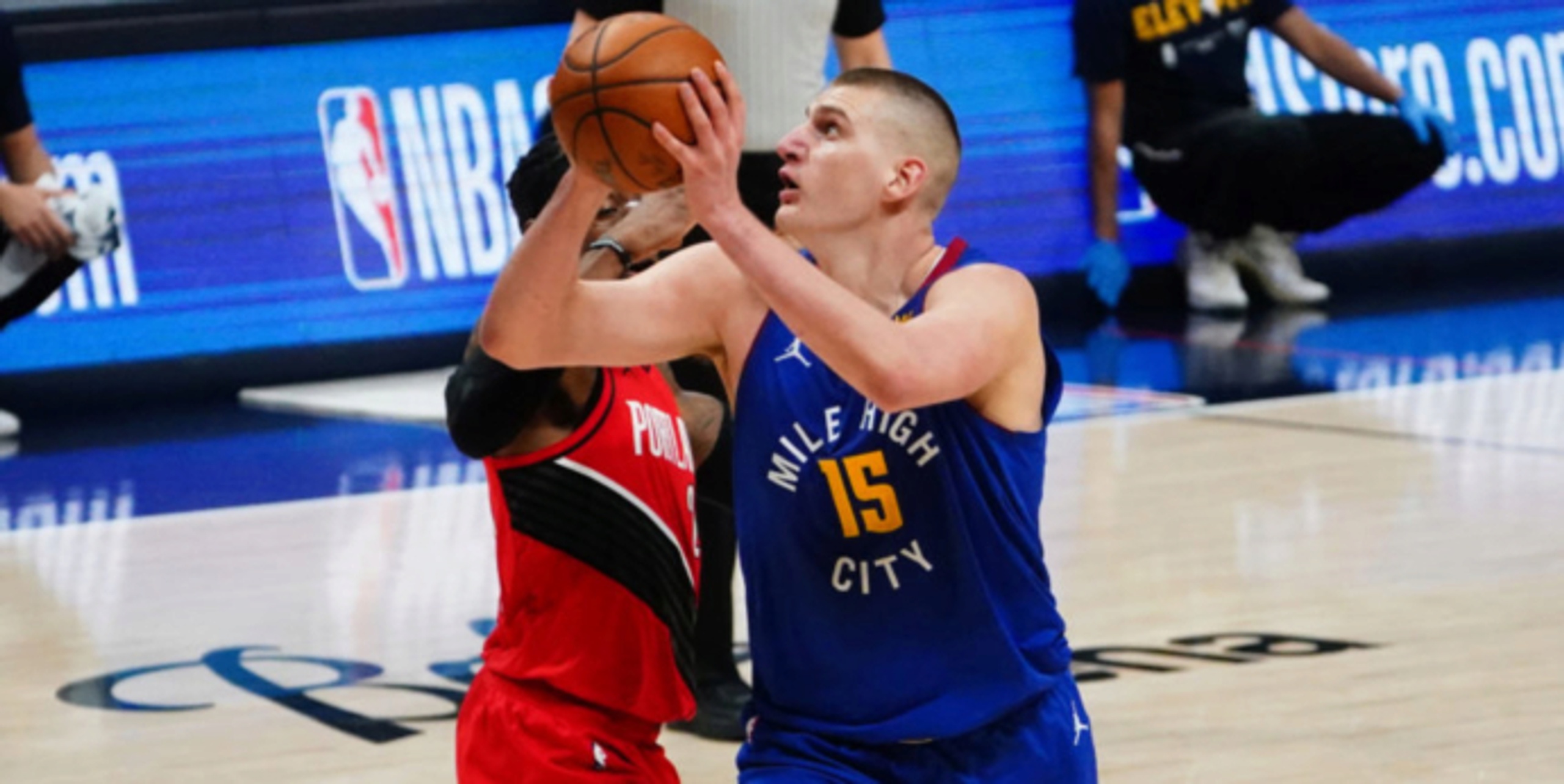 Miami went to the NBA Finals as the Eastern Conference's No. 5 seed a year ago. Denver became the first team in NBA history to rally from a pair of 3-1 deficits on its way to the Western Conference finals.

The roads were not easy then.

They’re not looking easy now, either.

The Heat and Nuggets will be the first teams in these playoffs to take the floor and try to avoid 2-0 deficits. Miami trails Milwaukee 1-0 in their East first-round series, and Denver lost the home-court advantage to Portland with a Game 1 loss in their West opener.

The rematches are Monday night, the only two games on the slate.

Milwaukee got a 109-107 overtime win on Saturday, a matchup where neither the Bucks nor the Heat led by more than eight points. The Bucks won despite making only five 3-pointers.

“I think the biggest thing for us is we showed we can have those games and still pull it out,” Bucks guard Donte DiVincenzo said.

Denver gave up 65 second-half points in Game 1 and fell 123-109, making this the 11th consecutive postseason series in which the Nuggets have trailed. The last instance of Denver never being down in a series was the 2009 West semifinals, a 4-1 series win over Dallas.

“Just to have a consistent game somehow, just to give us hope,” Denver’s MVP finalist Nikola Jokic said.

Portland took a 1-0 first-round lead last season as well. It was the Blazers’ lone postseason win last summer; they then dropped four straight to the eventual champion Los Angeles Lakers. And the Blazers know a 1-0 lead guarantees nothing.

“It’s only going to get harder from here,” Portland guard Damian Lillard said. “But I think starting out with a win on the road was great for us.”

— NEED TO KNOW: Game 1 was a statistical oddball. Miami outscored Milwaukee 60-15 from the 3-point line and lost, dropping NBA teams to 73-2 all-time in games where they make 15 more 3s than their opponent. Miami’s Jimmy Butler was 4 for 22 from the field; in the 271 career games where he took at least 15 shots, he never shot worse. And Milwaukee’s Giannis Antetokounmpo was 6 for 13 from the line, bringing back memories of his dreadful issues there against Miami in last season’s playoffs.

— KEEP AN EYE ON: Miami’s Bam Adebayo and Tyler Herro. Game 1 was the 48th time that they’ve combined to take 25 or more shots; their 6-for-25 showing was the worst combined shooting effort in those 48 games. Have to think that won’t happen again.

— INJURY WATCH: Butler and Antetokounmpo both took some big hits in Game 1 and it’ll be interesting to see if either has any ill effects still on Monday night. Butler was shaken up twice after drives to the basket, while Antetokounmpo needed to put a compression sleeve on his left arm after a second-half collision.

— PRESSURE IS ON: Milwaukee. A split of the first two games wouldn’t be ideal, especially because it would give Miami all the momentum as the series shifts to South Florida later this week. A win puts Milwaukee in total control, while a loss would mean the Bucks have two full days to lament what went wrong before Game 3 on Thursday night.

— NEED TO KNOW: Damian Lillard’s 34 points in Game 1 were the most by any Portland player against Denver all season. The Blazers conceded points to Denver MVP hopeful Nikola Jokic; he had 34 of them, along with 16 rebounds. But Jokic had just one assist because of the job Portland did defensively on everyone else. Portland made 15 3s in Game 1 and is now 7-0 all-time against Denver when making that many.

— KEEP AN EYE ON: The Nuggets’ aggression on offense. Denver has taken no more than 15 free throws in each of its last four games, matching the longest such streak in team history. The 3-pointers are nice and clearly not having Jamal Murray hurts, but the Nuggets can’t continue to let Lillard (nine in Game 1) take more free throws than their entire roster (eight). Portland outscored Denver 18-4 from the line in Game 1; the 14-point gap there matched the one that was on the scoreboard at night’s end.

— INJURY WATCH: Denver’s Will Barton (hamstring) missed Game 1, and if his injury kept him from a playoff opener, it’s hard to imagine how it’ll be well enough to allow him to contribute in Game 2. But the Nuggets need more, and Barton could help.

— PRESSURE IS ON: Denver, obviously and completely. If the Nuggets go down 0-2, at home, with a roster missing their second-best player and all sorts of little nagging aches among the guys who are still there, it’ll be big trouble.