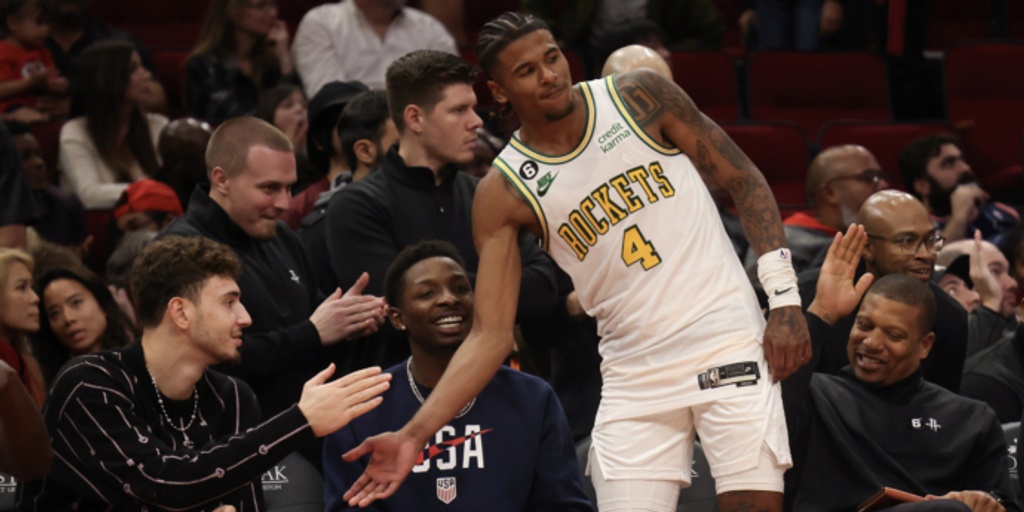 The Rockets (4-14) got a rare win in this tough season despite huge nights from Trae Young and Dejounte Murray. Young had a season-high 44 and Murray set career highs with 39 points and eight 3-pointers in a game where big man Clint Capela didn’t play.

Green made four quick points to put the Rockets up 118-117 with about two minutes to go. Garrison Mathews grabbed a steal after that and made two free throws after he was fouled on the other end.

Young made 1 of 2 free throws for Atlanta before Smith made it 122-118 on a put-back layup with just over a minute remaining.

Green fouled out just after that and Young made 1 of 2 free throws again. An off-balance layup by Mathews pushed Houston’s lead to 124-119.

Daishen Nix made a free throw with about 30 seconds left to add to Houston’s lead and Mathews added two free throws to make it 127-119 with 13.3 seconds to go.

The Rockets scored the first eight points of the fourth quarter, with 3s by Smith and Mathews, to get to 104-102 with about 10 minutes to go.

Murray gave Atlanta its first points of the quarter with two free throws to start a 6-2 run that made it 110-104.

Murray hit a 3-pointer seconds later to give Atlanta the lead and put his finger to his lips to hush the crowd as he ran down the court.

The Hawks led by 3 at halftime and scored the first nine points of the third, with a 3 from Murray, to make it 81-69 with about 8 1/2 minutes left in the quarter.

Green made three free throws before Atlanta went on a 9-2 run, with two 3s from Murray, to push it to 90-74 with about seven minutes left in the third.

The Rockets trailed by 11 later in the third when coach Stephen Silas got a technical foul for yelling at the referees when he thought Martin was fouled.

Two free throws by Young made it 104-92 late in the third but Porter made a basket near the buzzer to get Houston within 10 entering the fourth.

Hawks: Capela missed the game with dental pain. … Bogdan Bogdanovic sat out as part of recovery from a right knee injury. … Jarrett Culver was out with a bruised hip. … Atlanta made 15 of 39 3-pointers.

Rockets: Eric Gordon missed the game with a groin injury. … Jae’Sean Tate was out for an 11th straight game with a sore right ankle. ... Mathews had 20 points off the bench.