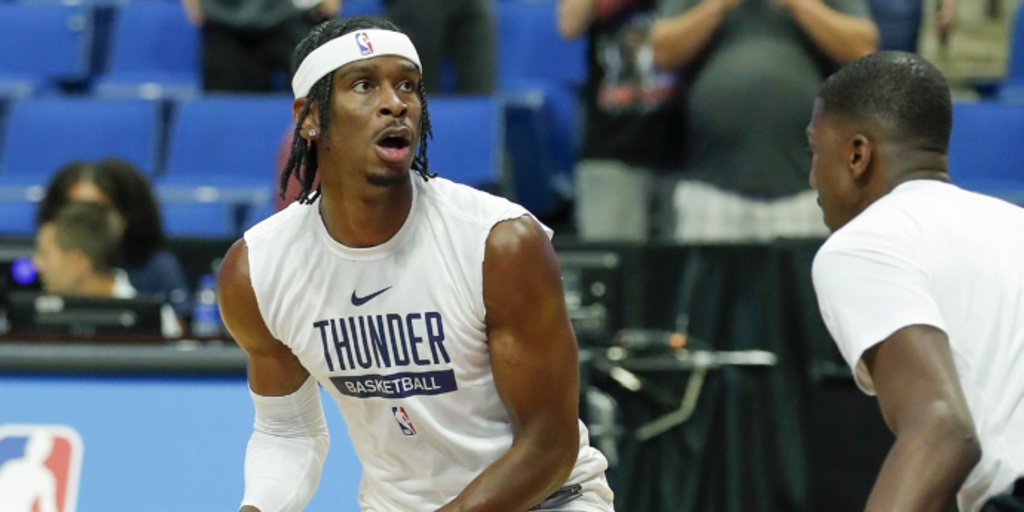 OKLAHOMA CITY (AP) — This could be the year Shai Gilgeous-Alexander reaches All-Star status.

The smooth Oklahoma City Thunder guard averaged more than 30 points per game after the All-Star break last season, then missed the final month of the season with a sore right ankle. He recovered and dominated for Canada's national team this summer.

He had a setback right before training camp – a left knee sprain that has kept him out of preseason action — but the Thunder have said they expect it to be minor.

Gilgeous-Alexander has never been an All-Star; Oklahoma City has ranked among the league's worst teams the past two years. He understands that one of the league's youngest rosters will need to come up with more wins to get him there.

Injuries are part of the reason Gilgeous-Alexander has been overlooked — he’s only played in 91 of the Thunder’s 154 regular-season games the past two seasons.

“He’s just going to start scraping the beginning of his prime, which is exciting to think about,” Thunder coach Mark Daigneault said.

Gilgeous-Alexander's success has sparked rumors that he might eventually want to leave the struggling franchise. But he is focused on the Thunder and wants to make good on his long-term deal.

Oklahoma City has 15 potential first-round picks and 14 potential second-round picks through the 2029 NBA draft, meaning the franchise could add a significant amount of talent soon.

“Honestly, I don’t pay attention to like the NBA media stuff and what gets tweeted and what circulates around the web,” he said. “Try to stay focused with what I’ve got going on, me getting better, the guys that are on the team.”

Chet Holmgren — the No. 2 overall pick in the 2022 draft — is recovering from a season-ending foot injury he suffered in a pro-am game in August.

“At the end of the day, basketball players are going to play basketball,” he said. “It’s just kind of like, you’ve got to feed the love for the game. I don’t want an injury like this to kind of take away from that.”

Josh Giddey, like Gilgeous-Alexander, looks poised to be a star.

Daigneault said the 20-year-old should be a better shooter this season.

Guard Lu Dort missed the first three preseason games in concussion protocol, but he had 23 points in 18 minutes against Israeli team Ra’Anana Maccabi Ra’Anana on Sunday.

Best known as a defensive stopper, the Canadian averaged a career-best 17.2 points per game last season before going down with a shoulder injury.

Tre Mann is on fire this preseason.

The second-year guard has averaged 17 points and made 13 of 22 3-pointers in the three games he's played. He made 8 of 10 3-pointers against the Adelaide (Australia) 36ers last Thursday.