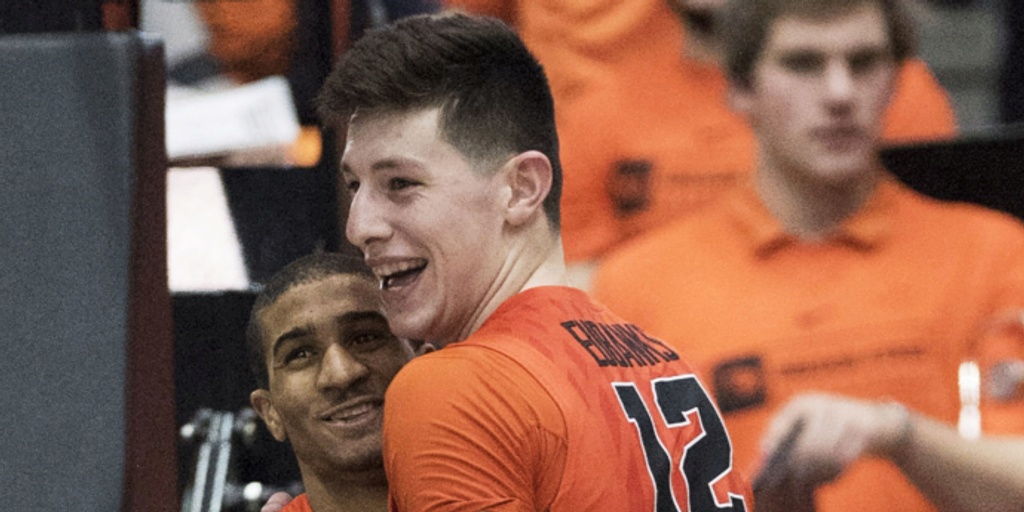 A little more than six years ago, guard Gary Payton II and forward Drew Eubanks were teammates at Oregon State, leading the Beavers to an NCAA Tournament appearance after a 26-year drought.

Now they're teammates once more — and back in Oregon — with the Portland Trail Blazers.

“It’s really cool, especially coming back to Portland, being in Oregon and everything. I saw him yesterday and it was like we never even left," Eubanks said. “We did something special in Corvallis, we went back to the tournament for the first time in a long time, and trying to do something special here too.”

Payton, son of former Oregon State and Seattle SuperSonics star Gary Payton, won an NBA title with the Warriors last month before signing a three-year, $28 million deal with the Blazers as a free agent.

He emerged last season as a defensive stopper for Golden State, returning from a broken elbow to contribute in the NBA Finals against Boston. He averaged 7.1 points and 3.5 rebounds over a career-high 71 games, his first season playing regularly.

“That was just an incredible run, just from the beginning of the season, finding my way on that team everything that came out of that. It’s been a great, great learning experience," Payton said. “Just to bring everything I’ve learned over there and try to apply it here and build this team chemistry, I think that’s gonna be probably one of the biggest pieces."

Eubanks signed four 10-day contracts with the Blazers last season, stepping into a key role when big man Jusuf Nurkic was injured. Eventually, Portland signed him for the rest of the season and awarded him with a one-year contract going into this season.

When the Beavers went to the NCAA Tournament to cap the 2015-16 season, Eubanks was a freshman from Troutdale, Oregon. He later signed with San Antonio in 2018 as an undrafted free agent and spent time with both the Spurs and their G-League affiliate in Austin.

Payton played two seasons for the Beavers. After going undrafted, he had stints with the Milwaukee Bucks and the Los Angeles Lakers and Washington Wizards, while also spending time in the G-League. He was even on Portland's training camp roster in 2018, but eventually waived. He landed with the Warriors in 2021.

Billups praised Payton as the kind of player he can put anywhere.

“He’s just my kind of guy,” Billups said. “He’s just a Swiss Army knife, proved his value and his worth all year long. He’s done something that a lot of people never do in this league — and I’m not just talking about winning a championship. He grinded all the way up, a guy that was on the minimum for a long time and fighting for himself, fighting to get into the league, he’s proven to be a very, very valuable asset.”