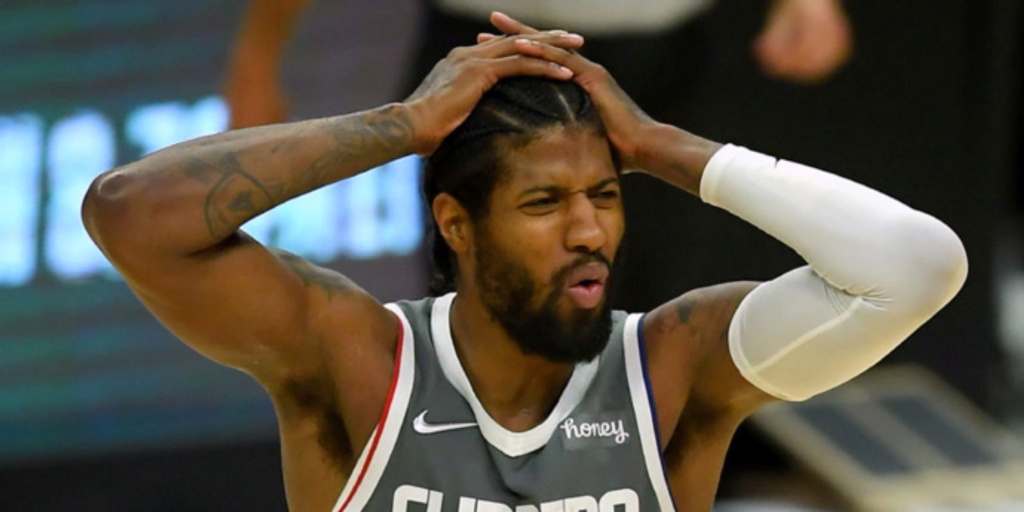 Paul George and the Los Angeles Clippers have pulled off their share of comebacks during this year's postseason. They might have hit the wall during their marathon run.

Los Angeles — playing its 17th game in 36 days — lost 84-80 to the Phoenix Suns on Saturday night in Game 4 of the Western Conference finals. The Clippers have been down 2-0 in each of their series this postseason, but are staring at a 3-1 deficit for the first time with Game 5 set for Monday night in Phoenix.

“We’ve been down before. It’s tough. We’ve had our backs against the wall and we’ve been in elimination games,” said Reggie Jackson, who scored 20 points.

The Clippers rallied from a 16-point deficit in the third quarter to get within one, but couldn't complete the comeback. They went 0 for 12 from the floor with a chance to tie or take the lead, which is the worst shooting stretch over the past 25 postseasons, according to ESPN Stats & Information.

LA got within 71-70 with 10:11 remaining on George's free throw, but neither team scored again for 3 minutes, 49 seconds until Chris Paul threw it to Deandre Ayton for an alley-oop to put Phoenix back up by three. The Clippers missed seven shots and committed two turnovers during that near four-minute stretch.

“We were just trying to play through it, get a breakthrough and play faster. It was tough to get it to go down,” said George, who scored 21 points but was 5 of 20 from the field and made only one of his nine 3-point attempts.

For a team that hasn't had any rest between series, the hectic schedule might be finally taking a toll, especially against a Suns squad that had seven days of rest after sweeping the Denver Nuggets in the second round.

The lack of energy was especially telling in two areas that have been bedrocks of success for the Clippers this season: free throws and 3-point shooting.

The Clippers set an NBA record for free throw accuracy during the regular season (83.9%), but were 21 of 32 on Saturday night, including 8 of 13 in the fourth quarter.

They were far worse from beyond the arc, going 5 of 31. According to Sportradar, that 16.1% shooting percentage is tied for sixth worst in an NBA playoff game where a team has tried 30 or more 3-pointers.

“It could be. But it’s no excuses at this time of the season," Lue said about the fatigue factor. "Guys could be a little tired. We’ve just got to fight through.”

The Clippers are the first team to lose the first two games in a series and come back to win twice in a postseason. They will attempt to become the fourth to be down 3-1 in a conference final and rally. The last time it happened was in the 2016 West finals, when Golden State beat Oklahoma City.

“There’s no room for error. We've just got to take it a game at time now,” said Terance Mann, who had 12 points off the bench.

It also remains to be seen if Kawhi Leonard might be back. The All-Star forward has missed six straight games due to a sprained right knee after he averaged 30.4 points in the postseason.

George said he wasn't sure on Leonard's status.

“If he’s not 100% we don’t want him out there. That’s a brother and teammate. His health long term is more important right now,” George said.