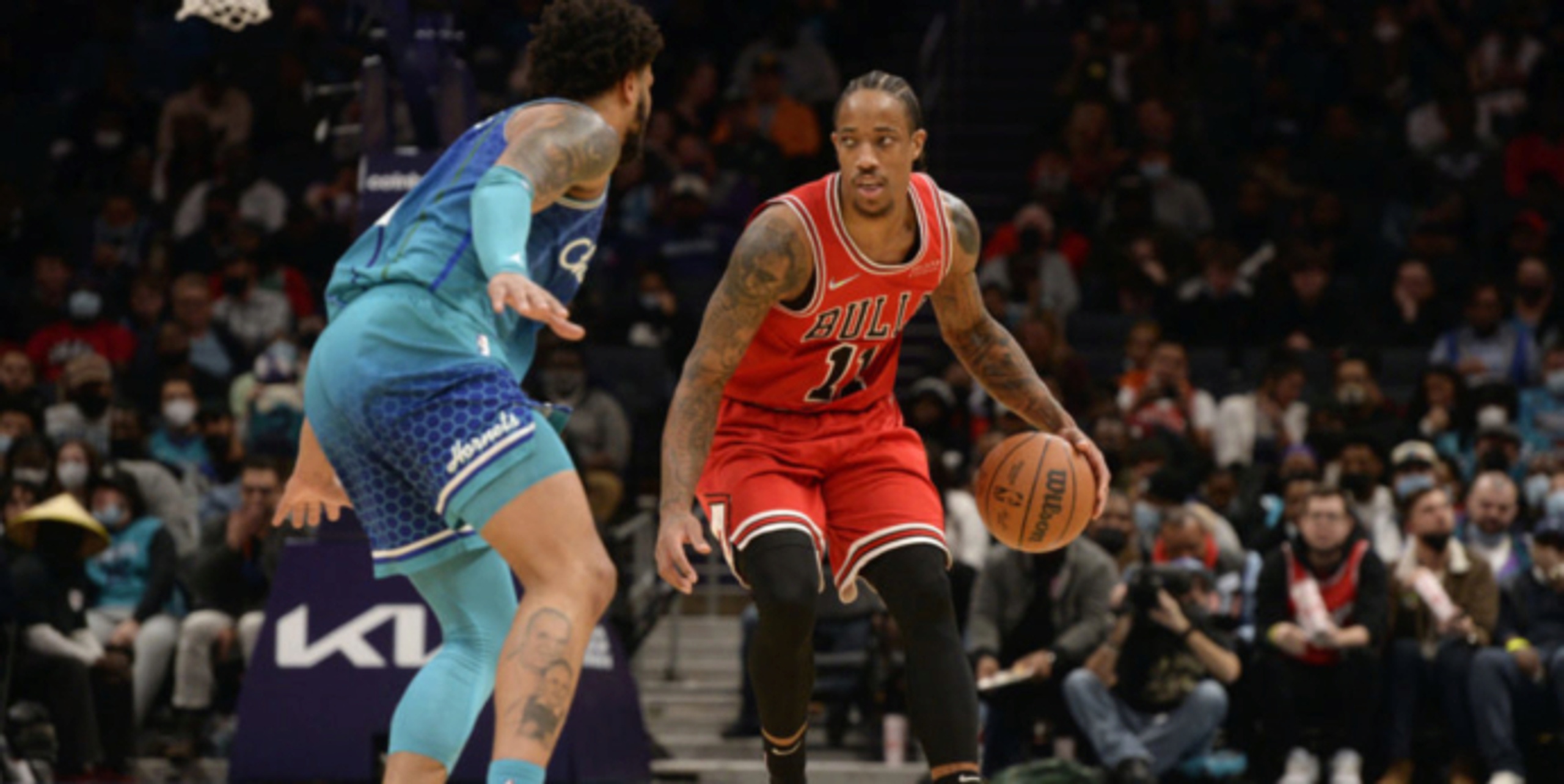 Zach LaVine chipped in with 27 points for the Bulls (34-21), who pulled within one game of the Eastern Conference-leading Miami Heat.

LaMelo Ball had 33 points and nine rebounds for Charlotte, which continued to struggle with its 3-point shooting and made just 13 of 43. During their six-game losing streak, the Hornets are shooting 27.9% (66 of 236) from beyond the arc.

Charlotte (28-28) has lost its last six games by an average of 11.8 points and wrapped up a homestand with an 0-4 record to fall to ninth place in the conference.

Both teams entered the game short-handed.

The Bulls opened a 15-point lead the final minute of the second quarter behind a contested 3-pointer by DeRozan, who 8 of 11 for 18 points from the field in the first half.

Chicago held a double-digit lead for most of the game, and LaVine hit a 3-pointer at the end of the third quarter to give the Bulls an 89-76 lead after the Hornets had made a run.

Chicago stretched its lead to 21 in the fourth quarter as DeRozan and LaVine continued to knock down jumpers. The Bulls shot 56.1% from the field for the game, including 48.5% from 3-point land.

Bulls: Host Minnesota on Friday night, the start of a six-game homestand

Hornets: At Detroit on Friday night.