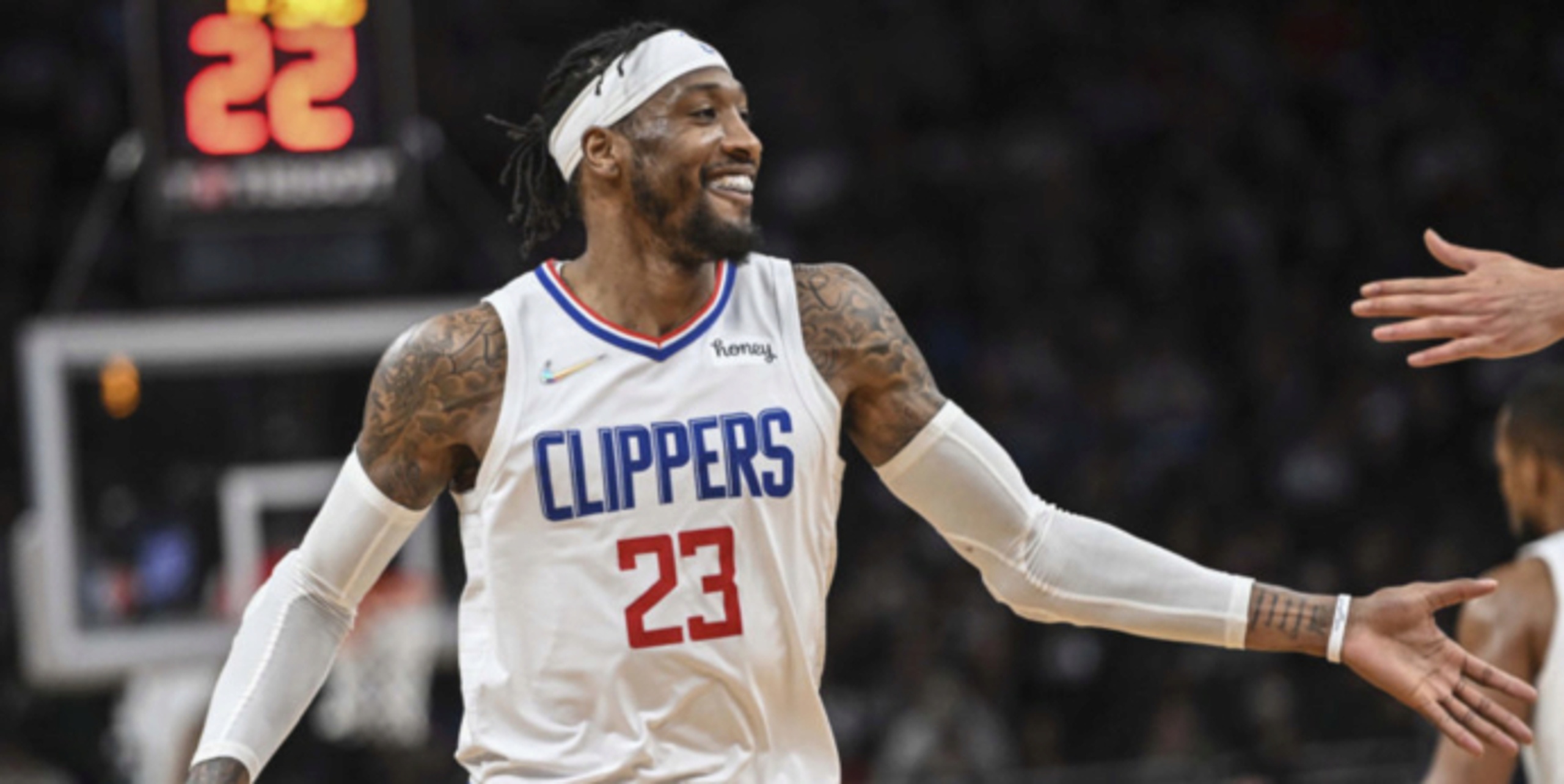 MILWAUKEE (AP) — Robert Covington scored a career-high 43 points and shot 11 of 18 from 3-point range to help the hot-shooting Los Angeles Clippers trounce the Milwaukee Bucks 153-119 on Friday night as each team rested its top players.

Both teams had played Thursday night games that reached overtime, with the Bucks winning 120-119 at Brooklyn and the Clippers falling 135-130 at Chicago. The only starter from those two games who played at all Friday was Clippers center Ivica Zubac.

Among the players sitting out Friday’s game were Milwaukee’s Giannis Antetokounmpo, Khris Middleton and Jrue Holiday, and the Clippers’ Paul George, Reggie Jackson and Marcus Morris.

Covington hadn’t had more than 21 points or five 3-point baskets in a game all season before Friday. The Clippers acquired the 6-foot-7 forward from Portland on Feb. 4.

Luke Kennard had 23 points, Terance Mann 18 and Isaiah Hartenstein 14 for the Clippers. Jordan Nwora scored 28, Bobby Portis had 25 and Jevon Carter 18 for the Bucks.

With so many notable players missing, neither team played much defense early on as both the Bucks and Clippers were shooting over 60% from the floor midway through the second quarter.

The Bucks couldn't keep up that pace, though they still shot 53.2%. But the Clippers never cooled off at all.

The loudest ovation came during a first-quarter timeout when a video on the Fiserv Forum scoreboard showed Antetokounmpo’s career highlights and noted that he had become the Bucks’ all-time leading scorer. The crowd chanted “MVP! MVP!” for Antetokounmpo, whose 14,216 career points enabled him to overtake Kareem Abdul-Jabbar for the franchise record.

Clippers: This was the Clippers’ final regular-season road trip. They’re at home for their final four games. … Covington’s previous career high of 31 points came against the Clippers, as a member of the Philadelphia 76ers on Nov. 13, 2017. … This marked the first time these two teams had faced each other since the Bucks acquired Serge Ibaka from the Clippers as part of a four-team trade that included Rodney Hood going from Milwaukee to Los Angeles.

Bucks: Antetokounmpo was out for the third time in the last seven games due to a sore right knee. Middleton was unavailable for the third time in six games because of a sore left wrist. Bucks coach Mike Budenholzer said Holiday sprained his left ankle Thursday. … Carter made his first start since joining the Bucks last month. He made one start for Brooklyn earlier this season. ... The Bucks are now 20-2 when they shoot at least 50%,

Clippers: Host the New Orleans Pelicans on Sunday. The Hornets have won their last five matchups with the Clippers, including all three meetings this season.

Bucks: Host the Dallas Mavericks on Sunday. The Bucks won 102-95 at Dallas in their only previous meeting this season, though neither Antetokounmpo nor Mavericks guard Luka Doncic played in that game.