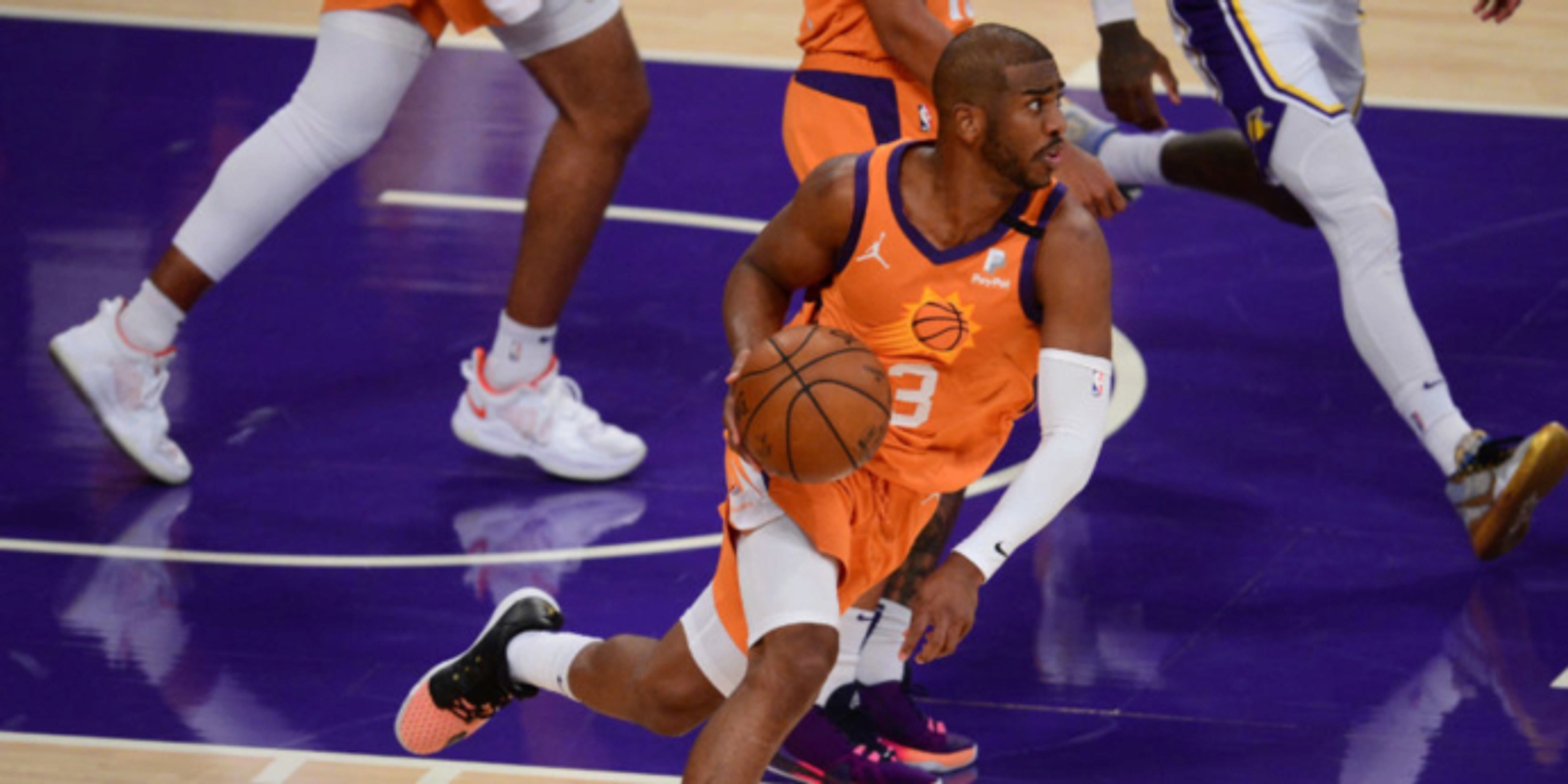 Chris Paul had 18 points and nine assists, Devin Booker and Jae Crowder added 17 points apiece and the Phoenix Suns evened their first-round series with a 100-92 victory over the Los Angeles Lakers in Game 4 on Sunday.

Deandre Ayton had 14 points and 17 rebounds for the second-seeded Suns, who took advantage of Anthony Davis' absence from the second half with a groin injury to reclaim home-court advantage in the series after two straight losses.

CP3 and Ayton SHINE as the @Suns even the series ☀️

LeBron James had 25 points and 12 rebounds for the Lakers, who fell too far behind in the third quarter while Davis was being evaluated in the locker room. Before a last-minute surge, Los Angeles struggled in the absence of starters Davis and Kentavious Caldwell-Pope, who injured his knee in Game 3.

Game 5 is Tuesday night in Phoenix.

Davis scored six points on 2-for-9 shooting in the first half, then didn’t return after halftime. The superstar big man scored 34 points in each of the Lakers’ two victories in the series, but he hyperextended his leg in Game 3 and appeared to aggravate his accumulated injury woes in the second quarter of Game 4, falling awkwardly and grabbing his leg after a layup attempt defended by Crowder.

Aside from the latest setback for Davis, who missed 30 games in the regular season, the Suns sharply improved their effort against the defending NBA champions and showed solid poise. Phoenix collectively has little experience in the postseason, but Paul excelled again on the big stage in his first playoff run with his new team.

Paul, largely a non-factor in Game 3, ignored his injured shoulder and contributed 12 points and all his assists in the second half. Phoenix dominated the third quarter and hung on for the franchise's first road playoff victory in over 11 years.

The Suns made a 32-15 run starting shortly before halftime and encompassing the whole third, during which they held the Lakers to 15 points on 3-for-16 shooting.

The Suns led by 18 with less than nine minutes to play, but James led a 19-8 run and trimmed the lead to 95-88 with 2:40 left. Phoenix hung on when Paul hung in the air to steal a pass with 1:59 to play before Crowder hit an uncontested 3-pointer in front of the Suns' bench with 1:23 left to seal it.

Booker, responding to the first postseason pressure of his six-year NBA career, also played with improved focus after getting kicked out of Game 3 in the final minute of a sub-par performance for the high-scoring guard.

Phoenix led 54-50 at halftime with 15 points from Booker. The Suns seized control shortly before the break, starting a 24-6 run that spanned halftime.

Suns: After skipping practice Saturday to rest, Paul went through a pregame workout and was pronounced healthy to play. ... Mikal Bridges and Crowder hit three 3-pointers apiece to lead the team.

The Lakers hit just four more 3-pointers in the second half, however. Matthews and McLemore didn't score again after their early burst.

The Suns' last road playoff victory was in San Antonio on May 9, 2010, when Steve Nash and Amar'e Stoudemire completed a four-game sweep of the Spurs in the second round before falling to the soon-to-be repeat champion Lakers in the Western Conference finals.