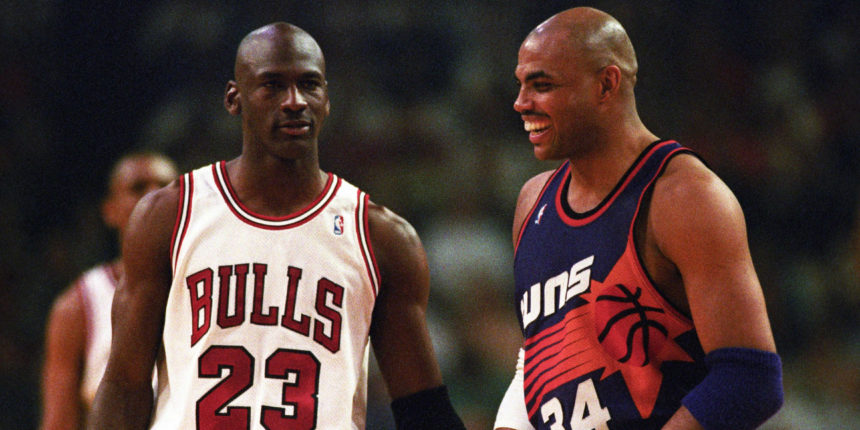 The 1992-93 season was Charles Barkley‘s year. The Philadelphia 76ers traded him to Phoenix, and Sir Charles finally felt like he had a team he could lead to the NBA title. A lot of people think he became a better player with the Suns, but Barkley himself disagrees. He actually feels he was a worse player in Phoenix compared to Philly.

“I didn’t elevate anything. I was a much better player in Philly," Barkley said in an interview with USA Today Sports this past July. "What elevated me was Dan Majerle and Kevin Johnson. My numbers were not nearly as good as they were before. I had five or six better years in Philly, but we didn’t have great teams. But when they gave me Dan Majerle and Kevin Johnson, I was like, ‘I can take on anybody now.’”

And he did. Coached by the late, great Paul Westphal, Barkley led Majerle, Johnson, Richard Dumas, Danny Ainge, Tom Chambers, Cedric Ceballos, Oliver Miller and Co. to a Western Conference-best 62-20 record. From the moment he got there, Barkley knew they needed to be great because Michael Jordan and the Chicago Bulls would be waiting for them in the Finals. Majerle credits Chuck for making the team believe they had a chance against the Bulls, and the main reason for that was simple – Chuck believed he was better than MJ.

The Suns got off to a decent start, winning 5 out of their first 7 games – then the Bulls came to town. Barkley knew Jordan would use every opportunity to plant the seed of doubt into their heads. This may have been a November game, but it mattered for what would happen in June. The Bulls won by 17, and Barkley wasn’t happy.

“I remember the Bulls came to Phoenix and they smoked us," Barkley recalled. "I remember going crazy after the game and saying, ‘Guys, that’s the team we’re going to play in the [expletive] Finals. I know that [expletive] Michael Jordan. He sent me a message, ‘You better bring more next time.’ I remember that night in the locker room. I was throwing stuff. I said,, ‘Guys, I told ya’ll we were going to play that team in the Finals and ya’ll are out here messing around. We’re not even on their level yet.’ Then, we went on a 12-game winning streak after that. Then, we became the great team that we were.”

At the end of the regular season that year, the Suns were the best team in the NBA with 62 wins. Barkley averaged 25.6 points, 12.2 rebounds and 5.1 assists per game. He may have had “five or six better years in Philly,” but he never took as many shots as he did that year. With 18.1 attempts per game, Barkley let everyone on the team know that he could take responsibility when the lights shone the brightest. Barkley's performance that year earned him the regular-season MVP, and that didn’t sit well with Jordan.

But the Suns forward didn’t care.

Barkley was right about the Finals – MJ and the Bulls were waiting for them there. The Bulls won 4-2 and completed their first three-peat. Did it happen because MJ was better than Barkley, or because he had more help? That's for fans to decide.

But with the way he played that season, it’s no surprise Sir Charles was full of confidence.

He was the MVP.