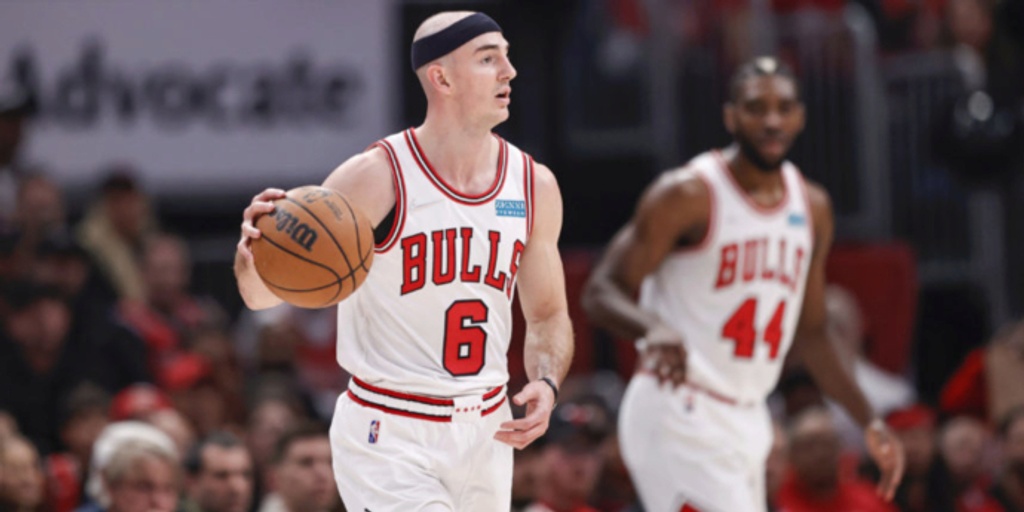 Bulls’ Caruso in concussion protocol ahead of Bucks' Game 5

Chicago Bulls guard Alex Caruso is in the NBA’s concussion protocol and is questionable for Game 5 of the first-round playoff series at Milwaukee, coach Billy Donovan said Monday.

The Bucks lead 3-1 and will try to wrap up the series at home on Wednesday. Milwaukee won the past two games in Chicago by a combined 54 points.

Caruso took an inadvertent hit to the face from the Bucks’ Jevon Carter while trying to get around a pick by Giannis Antetokounmpo late in the second quarter on Sunday. He exited with a bloody nose.

Arguably Chicago’s best defender, Caruso was limited to 41 games in the regular season after spending his first four years with the Los Angeles Lakers. He missed seven weeks with a broken wrist following a hard foul by the Bucks’ Grayson Allen during a game in Milwaukee in January.