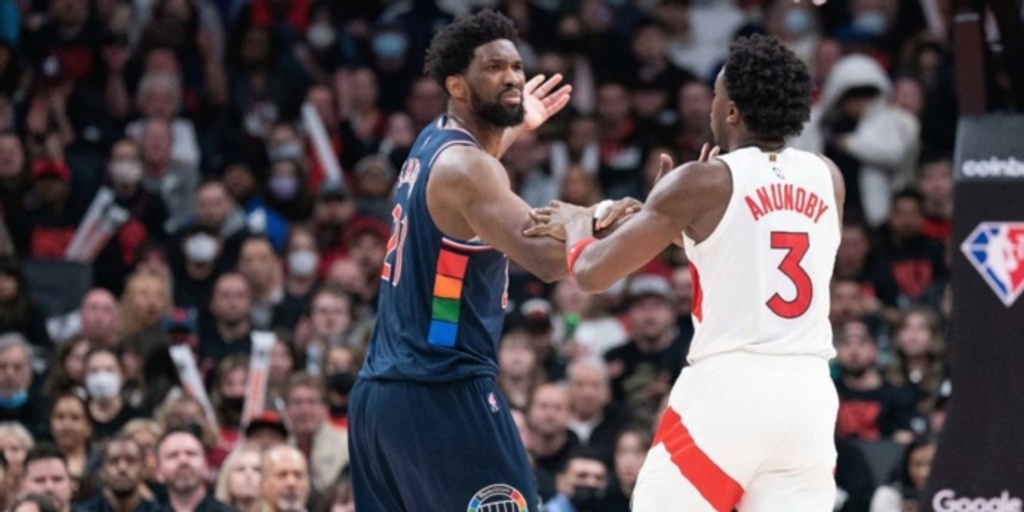 Philadelphia center Joel Embiid has been fined $15,000 for criticizing the officiating in Game 4 of the 76ers' first-round playoff series against Toronto, the NBA announced Monday.

Embiid made his remarks to reporters after a 110-102 loss on Saturday at Scotiabank Arena.

For the first time in the series, the Raptors shot more free throws than the 76ers. Toronto went 28 for 35 at the line, while Philadelphia was 21 for 25 as the Raptors avoided a four-game sweep.

“I’m going to take my own advice and not complain about it," Embiid said. "If they want to give fouls or want to call really no fouls, we’ve got to really make them earn it and really be physical.”

Embiid, suffering from an injured thumb on his right (shooting) hand, wore a brace and finished 7 for 16 for 21 points in 39 minutes.

Memphis coach Taylor Jenkins also was fined $15,000 on Monday for criticizing the officiating in Saturday's Game 4 of the Grizzlies’ series against the Minnesota Timberwolves.