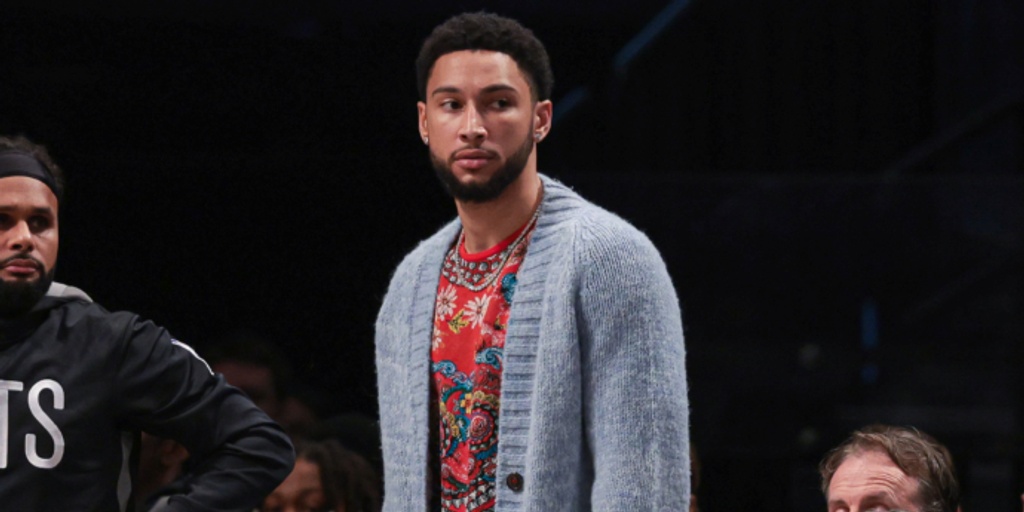 NEW YORK (AP) — Ben Simmons will miss at least the next two games with left knee soreness, extending his absence to at least four in a row in his first season playing for the Brooklyn Nets.

Jacque Vaughn, coaching the team following the ouster of Steve Nash, said Thursday after practice that Simmons has been getting treatment in hopes of reducing the swelling.

Vaughn said Simmons wouldn't play at Washington on Friday or at Charlotte on Saturday. He didn't rule out Simmons playing on Monday at Dallas in the final game of the trip.

Simmons, the No. 1 pick in the 2016 draft, is returning to action after missing all of last season. He didn't play to begin the year in Philadelphia because of mental health concerns, then injured his back after being traded to Brooklyn in February in the deal headlined by James Harden.

Simmons eventually had surgery to repair a herniated disk. He averaged 6.2 points in Brooklyn's first six games before missing the last two.