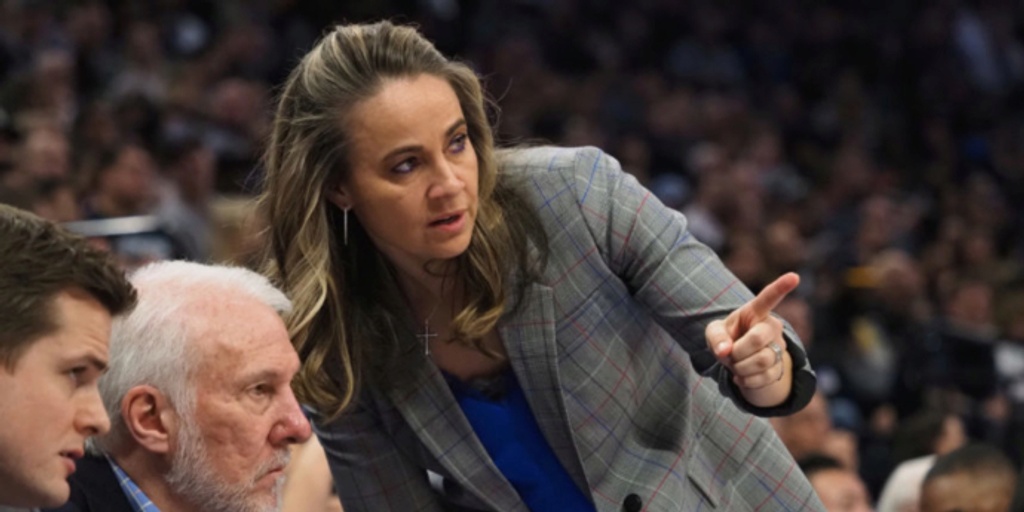 Becky Hammon on Blazers' coach search: 'I knew I was second'

San Antonio Spurs assistant coach Becky Hammon recently sat down with Jabari Young of CNBC and talked about her experience as a candidate for the Portland Trail Blazers' head coaching job.

"I take each experience, and I try to grow from it, and learn from it, and get better for the next time. If people need to justify a reason to why they did or didn’t hire me, it’s a little out of my realm of control. I just try to do the best I can in the moment I’m given."

Portland passed Hammon over in favor of former player and NBA champion Chauncey Billups. She also mentioned that, while the Trail Blazers were sincere in their interest, Hammon knew all along that she wasn't their preferred candidate.

"I knew I was second; I knew who they wanted," Hammon said. "And I’m OK with that, because every race I’ve gotten into my entire life, I’ve been behind, and I’m OK with that. And that’s just how it is — but at the same time, I’m not ignorant to what I’m going up against."

Hammon, a six-time All-Star in her time in the WNBA, has served as a lead assistant for Gregg Popovich and the Spurs since 2014. Hammon also added that she is focused on the "next step" of her career as she looks to make history as the first female head coach in NBA history.