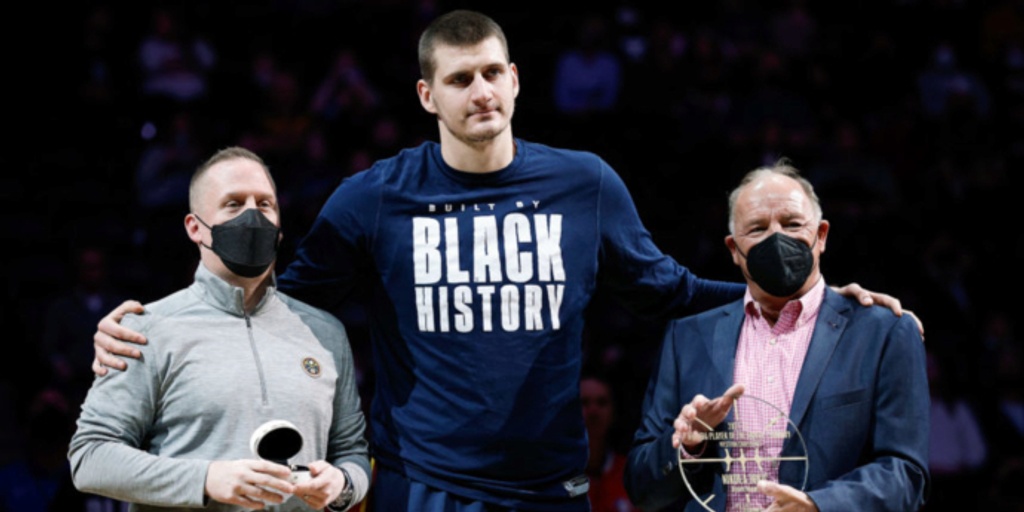 The Minnesota Timberwolves are talking to Denver Nuggets president Tim Connelly about their vacant president of basketball operations role, The Associated Press has confirmed.

The talks were confirmed by a person familiar with the discussions, who spoke with AP on condition of anonymity because neither franchise is commenting publicly. The talks were first reported by The Athletic.

Connelly is one of the NBA's rising top executives. He has built the Nuggets into a perennial playoff team that is expected to compete for a championship next season if Jamal Murray and Michael Porter Jr. can return to health and rejoin two-time reigning MVP Nikola Jokic on the court.

Connelly, who succeeded Masai Ujiri as the Nuggets' prime decision-maker in 2013 when Ujiri left to run the Toronto Raptors, has been courted before, by the Washington Wizards for their president of basketball operations position in 2019.

He's built both a solid roster and a respected front office in Denver, where the Nuggets have reached the playoffs the last four seasons under coach Michael Malone, including the Western Conference Finals in the Orlando bubble two years ago.

They won 48 games in 2021-22 despite the absences of Murray (knee) for the entire season and Porter (back) for all but nine games before losing to Golden State in the first round of the playoffs.

In addition to losing Ujiri, the Nuggets lost front office executive Arturas Karnisovas in 2020 when he left to take the Chicago Bulls' executive vice president job. Karnisovas' departure led to the promotion of Calvin Booth from assistant GM to general manager in Denver.

The Timberwolves also are a resurgent team, coming off a season in which they doubled their win total from the previous season to 46. They pushed the second-seeded Memphis Grizzlies hard in a six-game first-round playoff loss.

That was only the second appearance in the playoffs for the club in the last 18 years. With Karl-Anthony Towns inside and Anthony Edwards outside, there is an enviable foundation in place on the floor.

The Wolves have had plenty of turnover in the top front office job over the years, mirroring the franchise’s tumultuous and largely unsuccessful history.

They fired Gersson Rosas right before training camp began last fall in response to mounting tension around him in the building. Sachin Gupta was promoted to be president of basketball operations in Rosas’ place, with the caveat that the position would be evaluated again this summer.

Gupta drew raves within the organization for his humble, steady leadership, notably from head coach Chris Finch. The franchise is currently in an ownership transition, with Glen Taylor in the process of handing over control to co-buyers Marc Lore and Alex Rodriguez in a sale that’s scheduled to be completed by the end of next year.

If the Wolves were to hire Connelly, or anyone from outside the organization, Gupta would more than likely be given the chance to stay with the team in a prominent position.