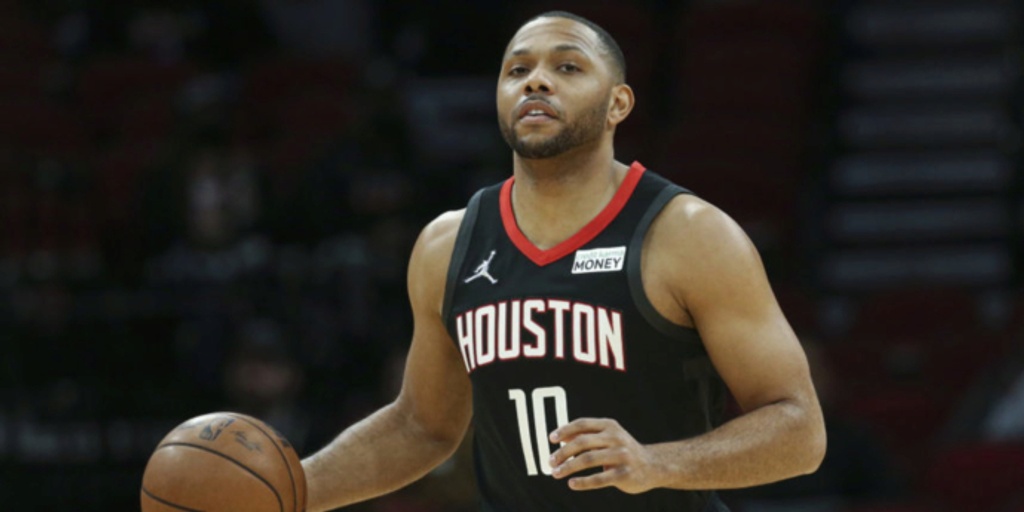 Will the Rockets move Eric Gordon prior to NBA trade deadline?

As the NBA’s Feb. 10 trade deadline approaches, Houston Rockets guard Eric Gordon is certainly a player to keep an eye on.

Due to his age (33 years old) and the Rockets' struggles, he's flying under the radar this season, but he's playing well — averaging 14.4 points, 3.2 assists and 2.2 threes per game, while shooting career-highs from the field (49.8%) and three-point range (43.9%). And as The Ringer's Kevin O'Connor recently noted, he has really stepped up on the defensive end too.

“Despite the losing in Houston, Gordon has defended with playoff intensity, as if he’s showcasing his abilities for winning teams,” O’Connor writes.

The Rockets have reportedly received significant interest in Gordon, but Houston wants a first-round pick in return, according to HoopsHype’s Michael Scotto. Tthe Cleveland Cavaliers are among the teams that are interested in the veteran guard's services, per Scotto.

Last week, Kelly Iko of The Athletic reported that the Rockets may keep Gordon beyond the deadline.

“The Rockets have received a number of offers for the veteran wing, sources tell The Athletic, but all have been turned down,” Iko writes. “Barring an offer that simply can’t be ignored, it’s becoming more likely that Gordon remains in Houston past the deadline.“

So, the big question: If the Rockets are holding out for a first-rounder, is there a playoff team that’s willing to increase their offer and meet Houston’s asking price over the next 10 days?

“I’m not even thinking or worried about [trade rumors],” Gordon said, according to Jonathan Feigen of the Houston Chronicle. “Things happen. Get traded or not, you’ve still got to play the game of basketball. Fortunately, I’ve been here for going on six years now, and it’s been really good. I know the situation I’m in. I’m looking to just continue to play my game and look forward to continue to thrive with this group of guys.”