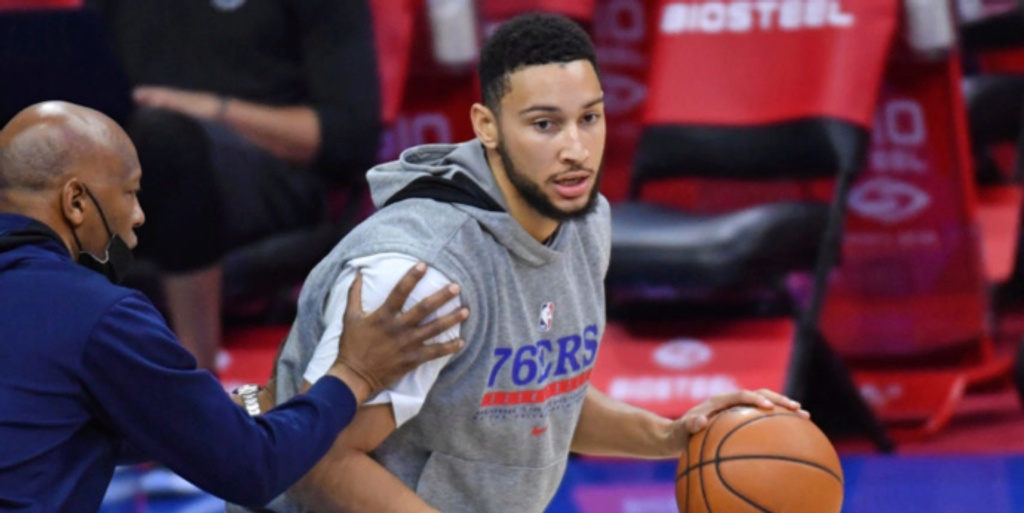 Last week, we heard from The Athletic’s Shams Charania about a new team who has entered the long drawn out Ben Simmons sweepstakes. The Charlotte Hornets have reportedly made an inquiry about Simmons’ availability. Charania relayed that Charlotte and the Philadelphia 76ers had yet to have serious conversations, but, the more you think about it, the fit between Simmons and the Hornets seems perfect on paper.

After a historically bad start to the season defensively, Charlotte has turned the corner as of late, showing real promise as a potential playoff threat. Since Christmas, the Hornets are 11-6 while also being No. 11 in Defensive Rating (109.0).

Checking in with a 28-23 record, Charlotte is the No. 7 seed in the Eastern Conference with 11 days to go before the trade deadline. Over the last five weeks, only the Miami Heat and 76ers have more wins than Charlotte in the East.

With a ready-made second-year pro in LaMelo Ball taking the leap to young stardom, the Hornets stand out as an underrated potential buyer. With the hardest part of the rebuilding process done with Ball as the centerpiece, how much faster could the Hornets' rise get if they decided to get aggressive?

If Charlotte feels it is ready to make a win-now splash and make a bigger push up the standings, Simmons is the stick of dynamite that would accomplish it.

Could you imagine LaMelo Ball and Simmons’ playmaking wizardry sharing the court together, running pick-and-rolls and feasting in transition? It’s a match made in heaven for a potential Simmons fit, and a team who seems one big move away from staking their claim in the East.

Simmons would be used to his highest capabilities in James Borrego's system as well. Not only would he still be used as a primary playmaker at times, but Simmons could be a souped-up small-ball mismatch weapon while in the frontcourt alongside Ball.

Sixers president Daryl Morey has let it be known for a while that he won’t sell Simmons off for a price he feels is lower than what the former No. 1 overall pick could return for Philadelphia. However, with the way Joel Embiid has put the whole team on his back at a historically high usage rate, Morey and Co. need to realize the time is now to strike while the iron is hot. Embiid is the MVP frontrunner who could vault the Sixers to real title contention with a smart move and accentuate their 2022 window and beyond.

Charlotte has multiple pieces who could appeal to Philadelphia, especially from a short and long-term viewpoint. Would the Hornets be willing to swap out potential All-Star reserve Miles Bridges, who will be due a massive rookie-scale extension this offseason, for Simmons? The Hornets would also be able to provide ideal complementary pieces alongside Embiid in Gordon Hayward and/or Terry Rozier.

So, let’s go ahead and cobble together a potential win-win scenario for both Philadelphia and Charlotte in a Simmons blockbuster.

This might be a tough pill for some Hornets fans to swallow, but it’s hard to envision Simmons coming to Charlotte unless the franchise parted with the enticing upside of Bridges. Philadelphia wants a “top-40” player in return for Simmons, and Bridges is the best bet of checking that box on the Hornets’ roster.

The Sixers have also reportedly tried to throw Tobias Harris’ max contract in trade talks with Simmons. Charlotte has enough roster flexibility to absorb Harris if the team truly wanted to push the chips all-in for Simmons.

It would be a wholesale change on both sides with this potential return package, but again, the Hornets can financially appease the Sixers in whichever route they want to go.

From Charlotte’s point of view, is Simmons the player to push the all-in button on? Absolutely. Not only would Simmons and Ball become a dynamic foundation to build a roster around, but there’s still some flexibility to bring pieces around them. If the Hornets were to keep Bridges in this scenario, he would be an ideal player on the wing who could thrive alongside the Ball-Simmons duo. In a market like Charlotte, or any other one not on the limelight-tier level of New York and Los Angeles, the easiest way to bring aboard stars is internal player development and taking swings in the trade market.

Many believed the Simmons melodrama would come to an end before the regular season began. Now, there’s dimmer possibilities for Simmons behind shipped out of Philadelphia as Morey remains dug in on his high asking price.

If there’s any potential ending soon on the horizon to this ongoing situation, Charlotte stands out much more than the other potential teams to take a swing and make the Sixers also happy in the end.