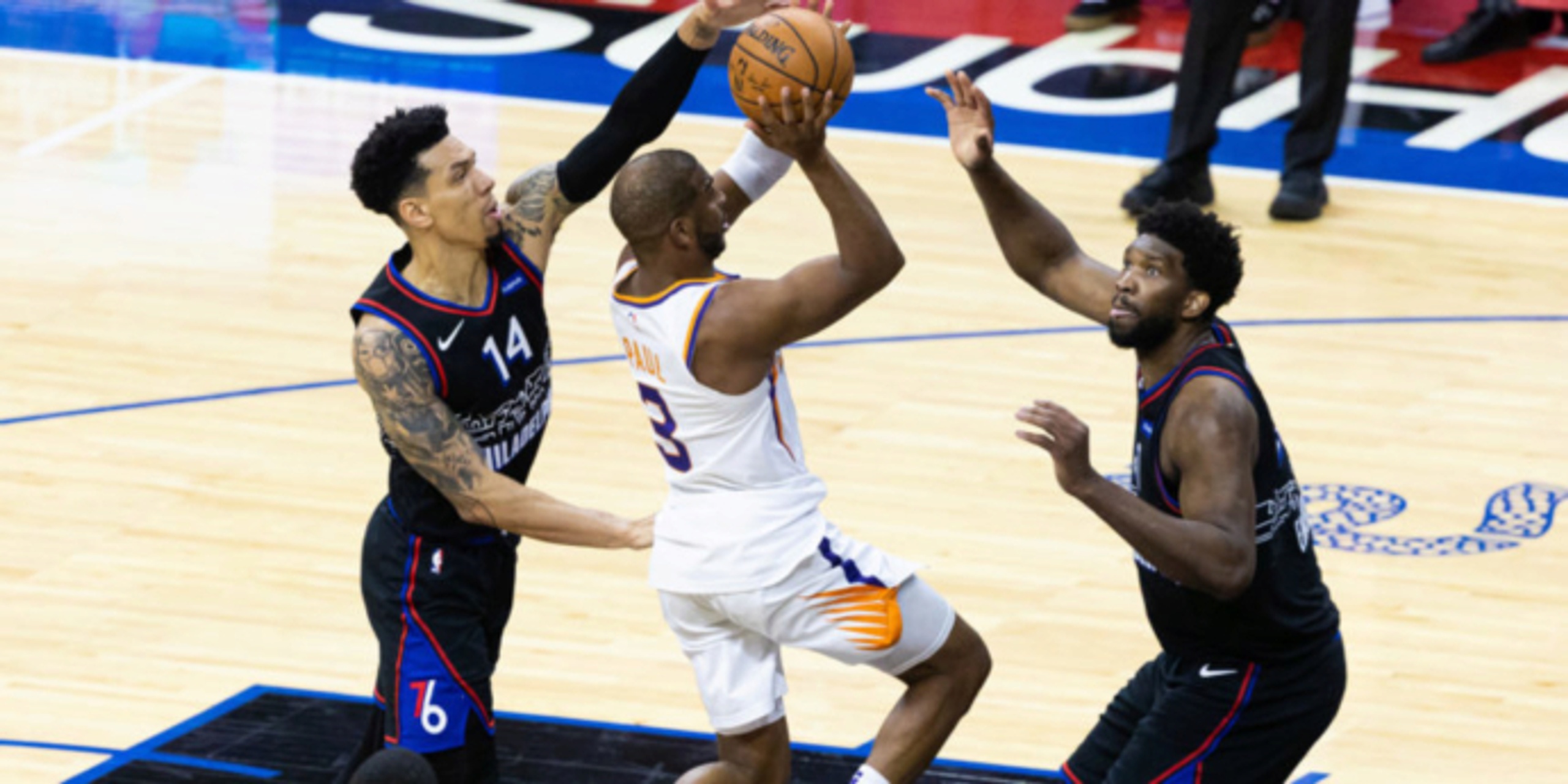 "Phoenix Suns guard Chris Paul and Philadelphia 76ers center Joel Embiid have been named the NBA Players of the Week for Week 15 of the 2021-22 season.