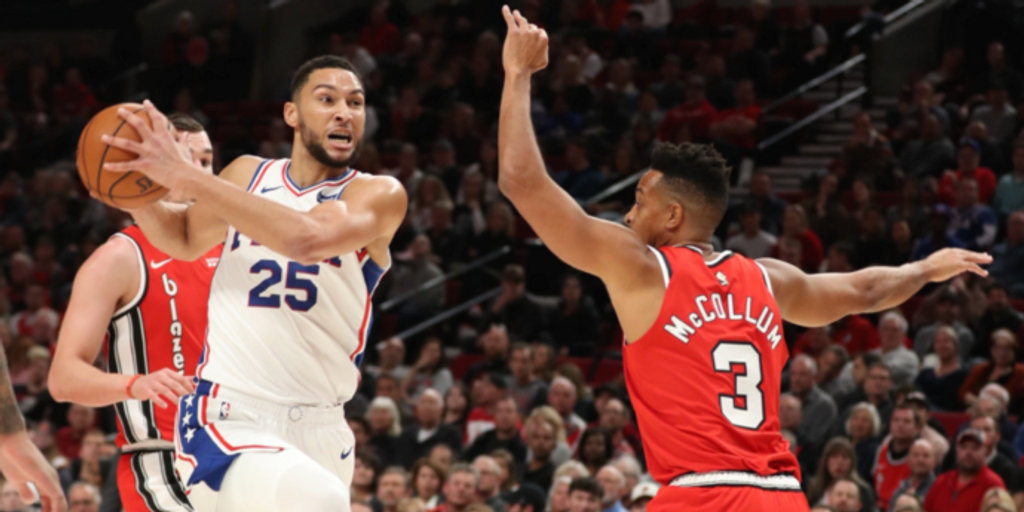 What's next for the Portland Trail Blazers?

The Portland Trail Blazers' 2021-22 season is not going as planned. While still technically in the playoff picture (via the play-in tournament), Portland appears poised to break an eight-year playoff streak.

The Trail Blazers are presentable but disappointing at 17-25, and help is fleeting – superstar point guard Damian Lillard has finally opted for surgery to repair a lingering core injury. And while Portland had hopes of finally becoming legitimate title contenders this season, they will fall markedly short without their starting point guard and most valuable player.

While Lillard hasn’t been ruled out for the remainder of the season yet, the Blazers would be doing a major disservice by rushing him back. But waiting for a healthy Lillard to return next season isn’t ideal either, at least not with the current supporting cast. We’ve seen that film before, and it’s filled with disappointment and heartbreak.

Disclaimer: Portland is incredibly unlikely to proceed with a trade of Lillard. ESPN’s Adrian Wojnarowski recently reported that Portland wants to continue to build around Lillard. That’s the ideal path forward, because returning equal value for a top-five(ish) player is nearly impossible.

Lillard will be 32 entering the 2022-23 season. Father Time is far kinder to the NBA’s 30-somethings now compared to 10 or more years ago, but the Trail Blazers must still be aggressive in building around Lillard, as the opportunity to win with him is fleeting.

Now, we’ve seen this Portland Trail Blazers team at full strength. And thanks in large part to Lillard’s incredible late-game heroics in multiple recent postseasons, they’ve advanced as far as the Western Conference Finals (once, in 2018-19). But it looks like that’s about as good as it’s going to get.

Maybe it’s bad luck – in addition to Lillard’s injury, CJ McCollum has missed significant time this season with a collapsed lung and Jusuf Nurkic missed a majority of the previous two seasons with injuries. Or maybe it’s a lack of defense – the Trail Blazers have been near the bottom of the league in defensive rating for the past four seasons, and they’re currently dead last. But either way, the Trail Blazers must admit that its current iteration is not properly constructed to win a championship – but there may be a simple tweak to be made that gets them back on track.

McCollum, who is still only 30 years old, is an elite offensive weapon when healthy. He’s averaged 20.0 or more points per game in each of the last seven seasons, while shooting 49.1% on two-point attempts, 39.4% on threes and 83.2% on free throws in that same span.

McCollum is expected to return from injury tomorrow against the Orlando Magic. Considering the absence of Lillard, McCollum will likely shoulder a larger offensive load, which can serve as an audition for a bigger role elsewhere. If he’s successful, it makes the following deal all the more palatable for their hypothetical trade partner.

Enter the Philadelphia 76ers and Ben Simmons. Now, it is true that Philadelphia already rebuffed a Portland inquiry about a McCollum-for-Simmons swap according to CBS Sports, but the 76ers have to eventually face facts (right?). Simmons appears no closer to returning to action for Philly, and his trade value is lower than it’s ever been considering he’s refusing to play. Plus, once he's back, he'll need time to get in basketball shape (because even though he’s probably continued working out, there is no substitute for NBA games). Fortunately, Portland isn’t in a major rush since Lillard will most likely miss the rest of the season.

Losing Simons, who is averaging 28.3 points and 8.2 assists per game through his last six games for Portland is a fairly big deal, but it’s simply the cost of doing business. Hopefully for Portland, his strong play could potentially shield them from including any future first-round picks. And the beautiful part about this trade is that it helps both teams equally: Philadelphia – who is currently playing at the fifth-worst pace and owns the 12th best offensive rating – gets a co-star for Embiid which potentially adds enough to make them viable contenders for nothing, given Simmons’ hold out; and Portland adds possibly the best (and most versatile) defensive player in the league to the league’s worst defense. Additionally, Portland can work Simmons back into their rotation slowly, picking up a better 2022 draft pick along the way.

Sure, Portland could look to engage in a McCollum trade for Atlanta’s John Collins or one of Indiana’s big men (Domantas Sabonis or Myles Turner) instead, but this deal gives Portland a better chance of competing without making additional moves. With Lillard and Simmons, Portland’s backcourt becomes about as versatile as any in the league, including Golden State, Phoenix and Brooklyn.

This move isn’t a cure-all, though. Portland would still need to get more from their wings. But there is a residual benefit to be had, too. McCollum is averaging a shade under 19 shot attempts this season – and he took a very similar number of shots per game last year, too. Comparatively, Simmons averaged just over 10 field goal attempts per game last season. That means that someone on Portland has to step into a bigger role. Enter Jusuf Nurkic.

Nurkic was reportedly unhappy with his role entering the 2021-22 season. But this move means that Nurkic can (and should) play a bigger role in the Trail Blazers’ offense.

Portland could instead look to move Nurkic, but Nurkic is a big, strong, talented center. Sure, he’s replaceable. But he’s also been dealt several bad hands through his time in Denver (e.g., the rise of Nikola Jokic) and Portland (numerous injuries). It’s best to gauge exactly what he can do in an expanded role before moving or losing him – Nurkic will be an unrestricted free agent in 2022.

Portland might need to take even more drastic measures if they don’t see significant improvement in 2022-23. Trading McCollum-for-Simmons makes them younger and more defensively versatile. Trading McCollum is unfortunately their best path forward.

If they do as prescribed, the Trail Blazers should look significantly better next year, as a Simmons and Lillard backcourt blends elite abilities. However, if this doesn’t result in the desired changes, rebuilding around Simmons is a good place to start.