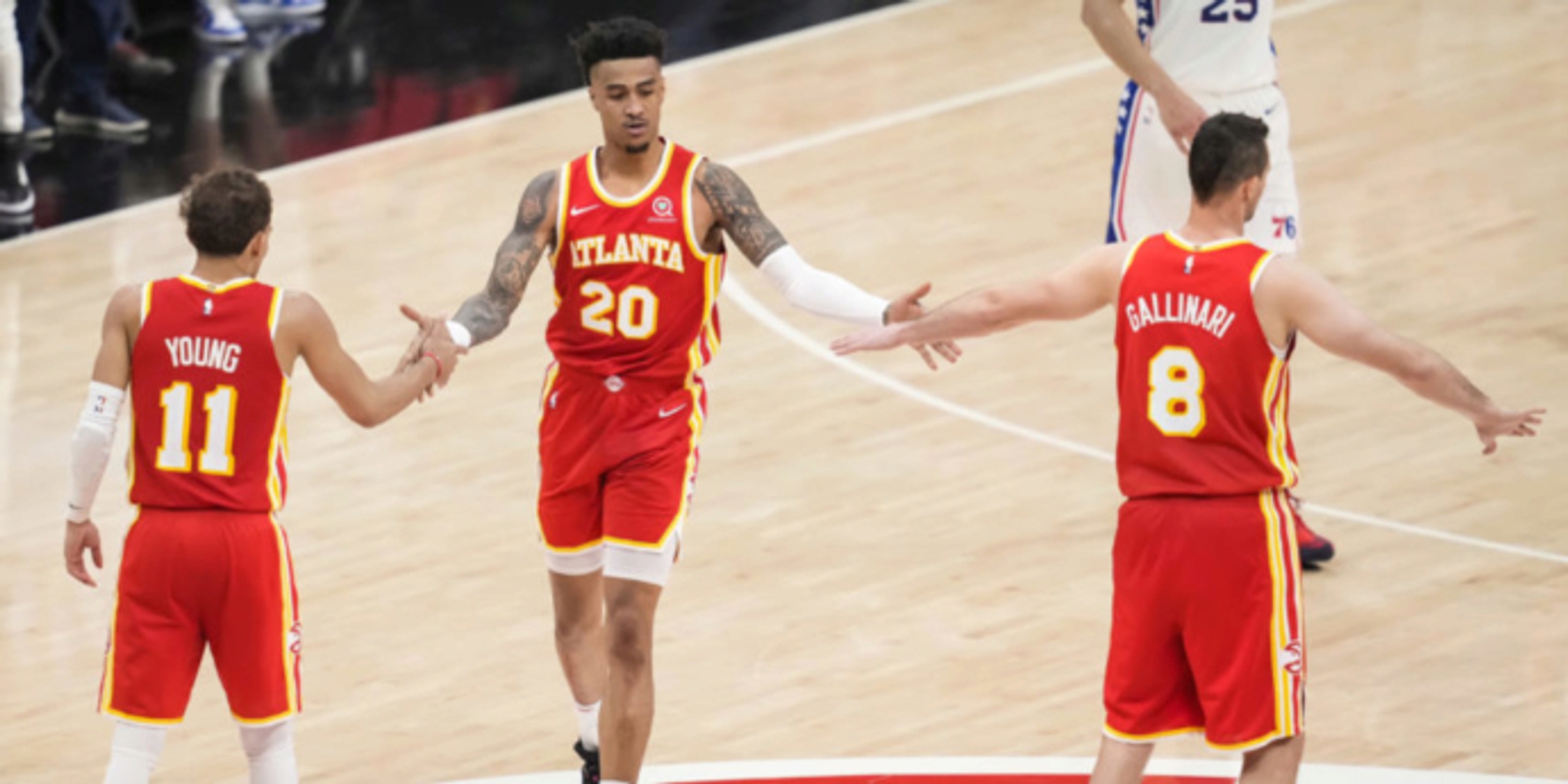 Welcome to the ‘A’: Inside the Atlanta Hawks’ stunning rise

In the era of super-teams and ring culture, the grind and process of progression often go undervalued.

Watching a team ascend from the developmental stage to contention is rewarding and invigorating. In the case of the Atlanta Hawks' rise, the journey has been downright fun.

After soundly eliminating the New York Knicks in the first round of the NBA Playoffs, the Hawks continued to introduce themselves as "next" in the Eastern Conference during Game 1 against the Philadelphia 76ers, putting up 42 points in the first quarter and leading by as many as 26 points in the first half. But it wasn’t just the result that was stunning, though; how it was done was also a shock.

Not only did Atlanta hit 42.9% of their three-pointers, they also destroyed Philadelphia’s interior defense, scoring in the paint with floaters and lobs. Defensively, they forced 19 turnovers, and their first-half points off of turnovers gave them a huge advantage for most of the game.

For some, these Hawks have been a revelation in the playoffs — a young-and-hungry team that could become one of the top squads in the East for years to come. Here’s how the Hawks turned their potential into a credible reality.

During the brief offseason, Hawks GM Travis Schlenk made it his purpose to build a squad that is ready to compete right now instead of two or three years down the line. In November, Schlenk and the Hawks acquired shooters in Bogdan Bogdanovic and Danilo Gallinari to complement Trae Young in terms of on-court fit, and Rajon Rondo for his veteran presence and leadership. In December, the Hawks exercised team options on Young, Kevin Huerter, De’Andre Hunter and Cam Reddish.

As the season progressed, Schlenk realized that the Hawks would need more auxiliary scoring in preparation for the playoffs, so he dealt Rondo to the Los Angeles Clippers in exchange for Lou Williams.

While the Hawks' performance this postseason has been encouraging so far, Schlenk knows that this is only the team’s first phase.

“We went out and got some older free agents, but the core of our team is still guys that are 22 or 23 years old,” Schlenk shared in a recent interview with 92.9 The Game. “They’re not going to be the best version of themselves until they’re 27 or 28, so we still have four or five more years to continue to develop these young guys to get them to their primes, so it’s an exciting time for Atlanta Hawks basketball.”

Despite being new to the postseason, Young is already playing with the poise and maturity of a seasoned vet. The rest of the core is emulating that same poise and confidence. As they continue to develop and take in the experience from this season and postseason and apply it in the immediate future, this Hawks team will be one of the toughest teams to face in the East — perhaps sooner than expected.

When Nate McMillan took over for Lloyd Pierce in March, he implemented more ball movement on offense and how could he not? The Hawks have the shooters and scorers for a not only a solid offense, but a high-powered, versatile one.

What’s fascinating about McMillan’s off-ball adjustments is the fact that they are creating more open looks in the paint and at the rim as opposed to the perimeter.

At the 50-second mark, notice how Young runs a back-screen for Bogdanovic. After running that screen, Bogdanovic moves to the weak side, and Young pops out above another screen for a drive to the basket and score.

At 3:35, check out the action coming out of the Young and Clint Capela high pick-and-roll. Young has Ben Simmons on his hip and two other defenders closing in on him during the drive. John Collins slashes to the paint for yet another lob.

What changed the dynamic of the Hawks’ offense along with the off-ball action is Young’s ability to break down defenses from his drives and attack with his floater or multiple lobs to Capela and Collins.

On the other hand, if the Hawks decide to spread defenses out, they have knockdown shooters in Bogdanovic and Kevin Huerter. Collins is also able to knock down shots. They also have more than capable shooters in Lou Williams and Danilo Gallinari, and before his injury, De’Andre Hunter proved himself to be a solid “3-and-D” guy who can shoot it, as well.

Atlanta’s firepower and offensive depth have shown more than enough promise during the playoffs. Expect this depth to become even more formidable next season.

While the Hawks' offense garners most of the attention, what shouldn’t go unnoticed is the strides made on the other end. One of the huge factors in their first-round win over the Knicks and their Game 1 win over the Sixers was their defense.

In Game 1 against the Sixers, the Hawks played the passing lanes for the majority of the turnovers they forced. In the Knicks series, they hounded Julius Randle on the perimeter and in the paint.

In a few examples during the series, four Hawks defenders are present and ready to crowd Randle, contesting his shots and denying his attempts to drive and kick to other shooters.

At the 2:24 mark, notice how one defender is in Randle’s space while three others are ready to trap. At 2:26, there’s a double team waiting and Bogdanovic waiting in the cut. Bogdanovic plays the passing lane perfectly for the steal.

These are a couple of examples of McMillan’s defensive impact on the team — they are now an aggressive, sound unit that may bend at times, but won’t break. It will be interesting to see what kind of strides the Hawks make on this side of the ball with a full season under McMillan.

The Atlanta Hawks accomplished what they aspired to this year — make the playoffs and make some noise.

Regardless of what happens during the second round, Atlanta has solidified themselves as not only a team to watch next year, but a team that may soon emerge as a contender on the rise.