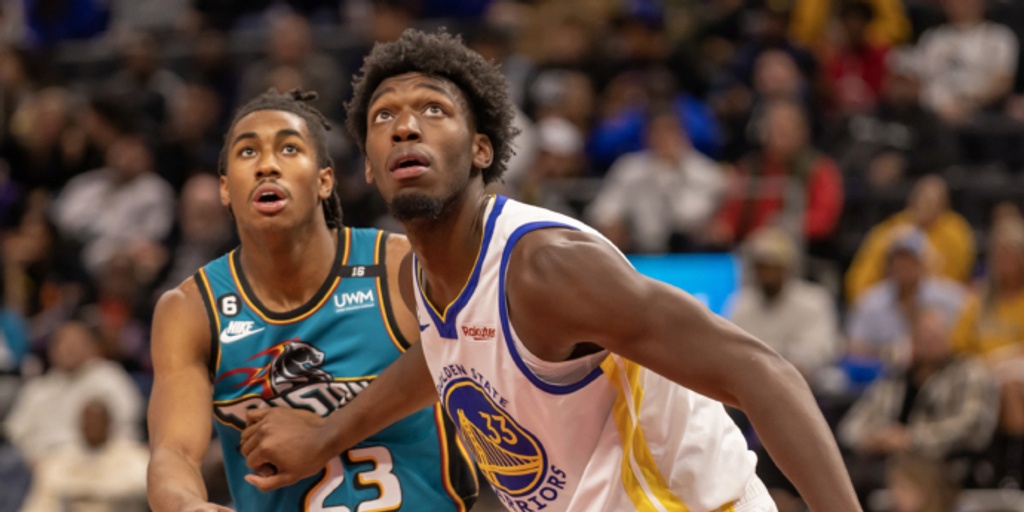 Following the Golden State Warriors win over the San Antonio Spurs on Monday night, head coach Steve Kerr announced that center James Wiseman will be headed to the G League for "an extended period of time" to get him more repetitions.

Steve Kerr said James Wiseman will go to the G-League tomorrow and stay down there for an extended time. Warriors want to get him reps. Said it could be 10 consecutive days or longer. pic.twitter.com/zIMOKAK8J6

The 21-year-old center has struggled so far this season, averaging 6.8 points and 3.8 rebounds while playing 13.4 minutes per game. Kerr added that he expects Wiseman could be in the G League for ten days or more.

His teammate Jordan Poole, who was also sent to the G League earlier in his career, shared some advice for Wiseman. “I told him it’s not a demotion," said Poole. "It’s not a punishment. He’s going to go down there and shoot as many shots as he wants, get as many touches as he wants, work on as many moves as he wants.”