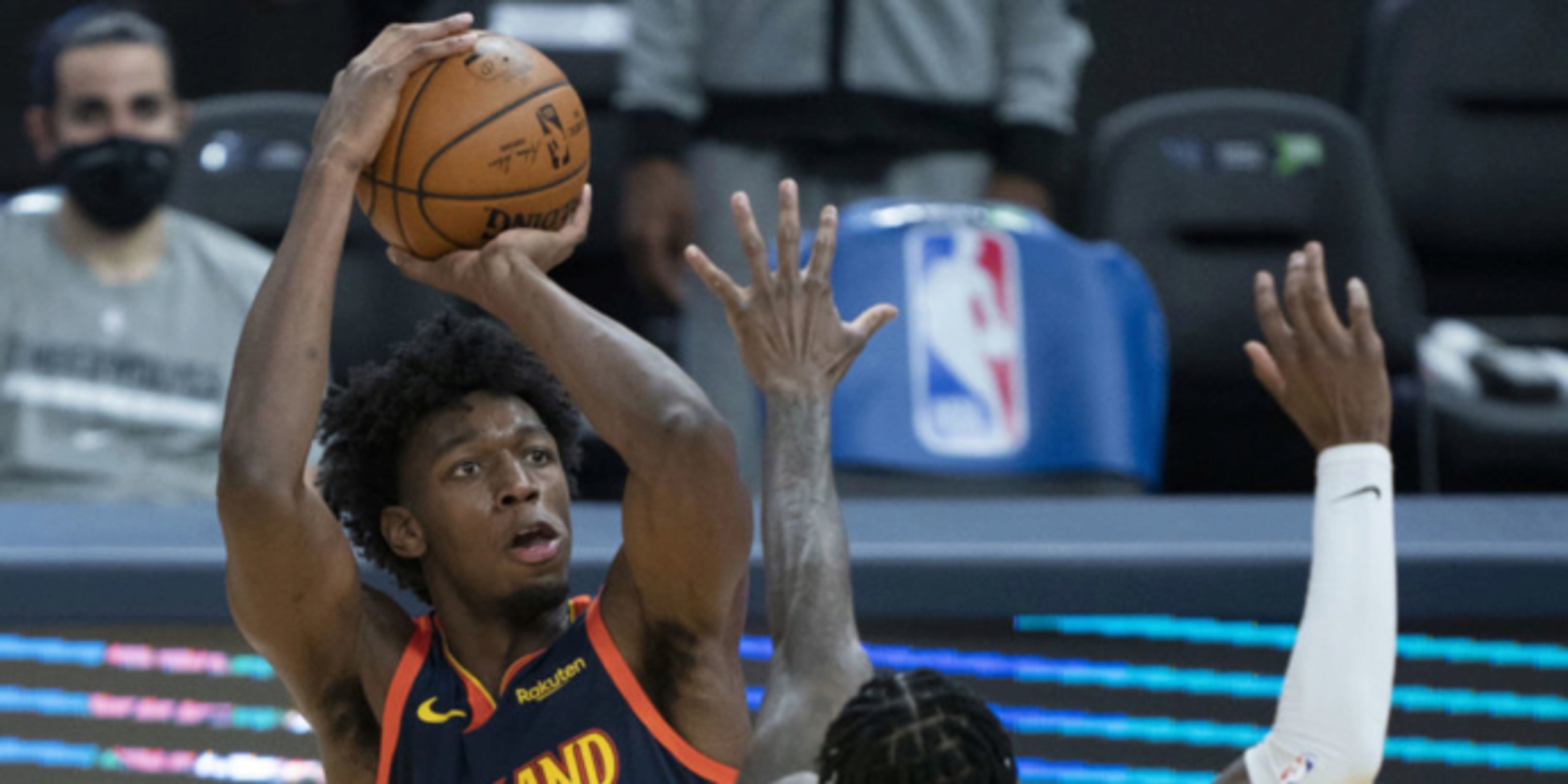 According to the San Francisco Chronicle's Connor Letourneau, the Warriors "almost definitely" won't trade either James Wiseman or the top-three-protected Minnesota pick at the deadline unless they receive a "generational" player in return. Letourneau names Giannis Antetokounmpo and Joel Embiid as examples, though obviously neither are available. At present, there does not appear to be a superstar-caliber player of any sort on the market, assuming the Washington Wizards don't change course and trade Bradley Beal.

ANALYSIS: The Warriors have no real reason to trade Wiseman or their top three protected pick from Minnesota at the moment. With Klay Thompson out until next season, Golden State's championship aspirations are on hold right now, so holding onto Wiseman and continuing to develop him seems like the right thing to do. And with Minnesota currently holding the NBA's worst record, the Warriors could be in another position to land a top three draft pick in the 2021 NBA Draft.

The Warriors will hope that come next season, they will have a fully healthy roster, a more seasoned center in James Wiseman, and potentially another top overall pick.