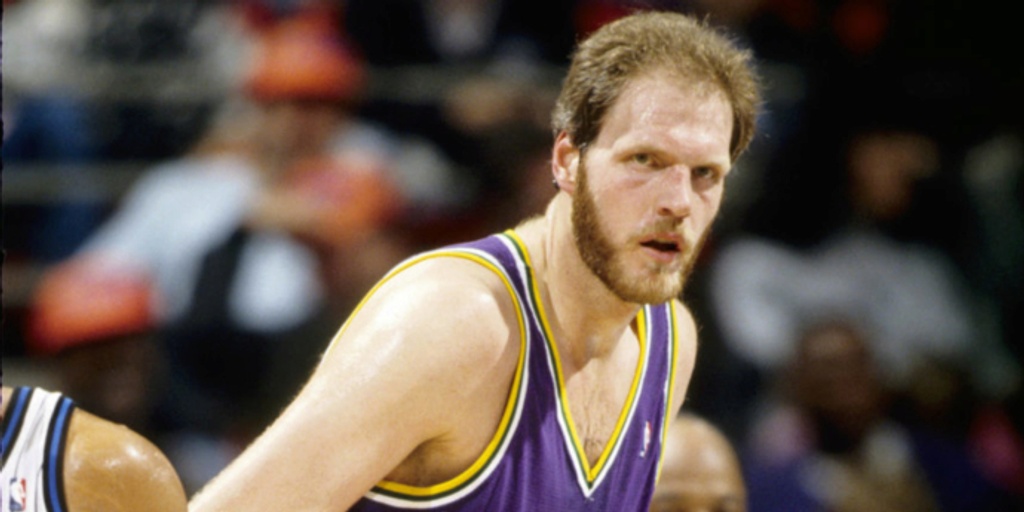 The Utah Jazz announced that Mark Eaton has passed away at the age of 64 after an apparent bicycle crash.

We are heartbroken by the passing of Utah Jazz legend Mark Eaton.

Our thoughts are with his family as we all mourn the loss of a great man, mentor, athlete and staple of the community. pic.twitter.com/HkINyLF9ix

Eaton was a two-time Defensive Player of the Year with Utah and spent 11 seasons with the franchise after being drafted in the fourth round in 1982. The 7-foot-4 center is fourth all-time with 3,064 career blocks, and was once an auto mechanic before playing college basketball at Cypress College and UCLA.

“The Utah Jazz are profoundly saddened at the unexpected passing of Mark Eaton, who was an enduring figure in our franchise history and had a significant impact in the community after his basketball career. Mark played his entire 11-year NBA career with the Jazz and his number was retired as an NBA All-Star and two-time NBA Defensive Player of the Year," the team said in a statement.

"His presence continued around the organization as a friend and ambassador while giving back as a businessman and volunteer to his adopted hometown in Utah. We extend our deepest condolences to his wife Teri and their extended family. Mark will be greatly missed by all of us with the Jazz.”

BasketballNews.com extends its condolences to the Eaton family during this difficult time.