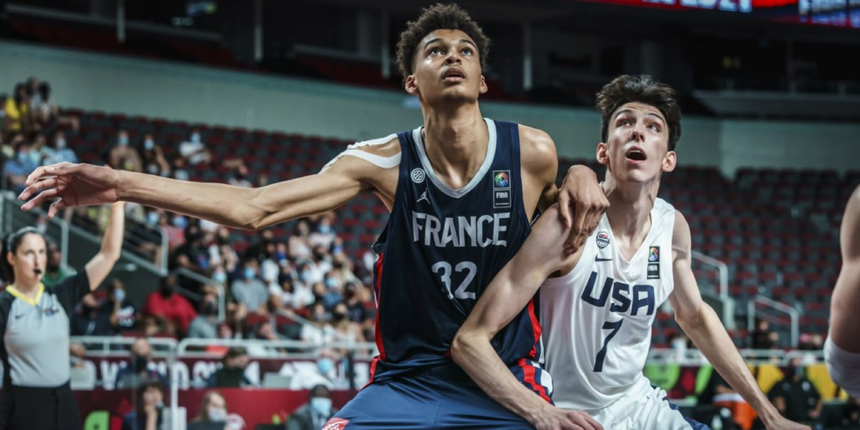 The United States overcame a mammoth performance by 7-foot-2 Victor Wembanyama to beat France 83-81 Sunday and win the FIBA Under-19 World Cup.

Wembanyama recorded 22 points, 8 rebounds and 8 blocks but fouled out with 2:42 to play and the Americans held on for the victory, led by 16 points apiece from Jaden Ivey of Purdue and Kenneth Lofton Jr. of Louisiana Tech.

Chet Holmgren, a 7-foot-1 incoming freshman at Gonzaga, added 10 points and 5 assists and was named MVP of the tournament.

The 17-year-old Wembanyama, playing against a team with several projected first-round 2022 NBA draft picks, went just 1 for 5 from behind the arc but sank all nine of his free throws.

Wembanyama is not eligible for the NBA draft until 2023 under current rules. He recently signed with French club Asvel, which is owned by former San Antonio Spurs great Tony Parker.

France led 58-50 late in the third quarter, but the Americans chipped away. Holmgren drew a foul from Wembanyama — his fourth, forcing him to the bench with 7:22 to play — sank both free throws and on their next possession he put his team ahead for good 69-68 with a reverse layup to finish a baseline drive.