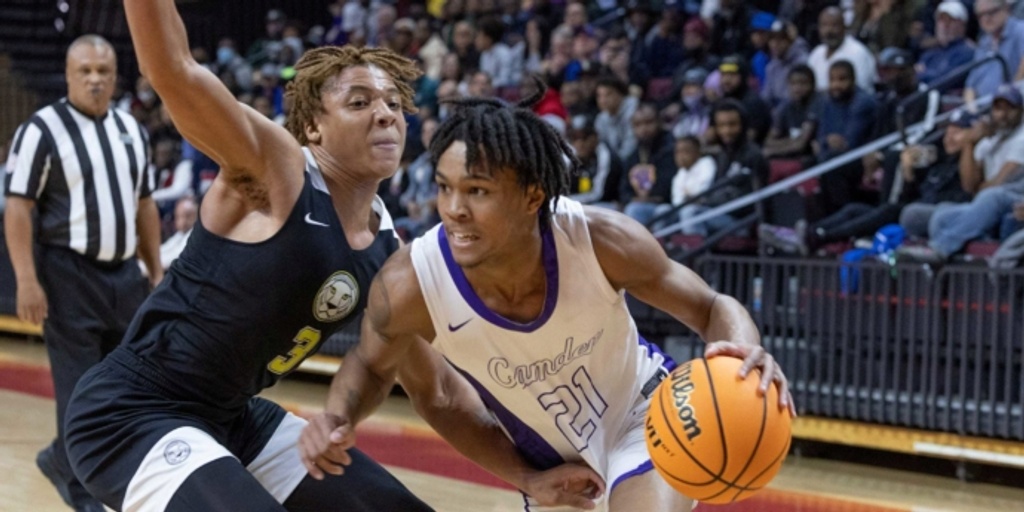 D.J. Wagner, one of the top ranked prospects in the 2023 class, has committed to the University of Kentucky.

The 6-foot-3, 170-pound combo-guard out of Camden, New Jersey also considered Memphis, Louisville, and Villanova but chose the Wildcats where he will play for coach John Calipari who also coached his father, Dajaun Wagner, at Memphis.

During this past season, Wagner averaged 19.9 points per game to help Camden win the state championship, its first since Dajaun played for the Panthers. He also won a gold medal for USA Basketball at the 2022 FIBA U17 World Championships.

Wagner becomes the third top five recruit to commit to Kentucky as part of the 2023 class alongside forward Justin Edwards out of Philadelphia and center Aaron Bradshaw who also played for Camden.