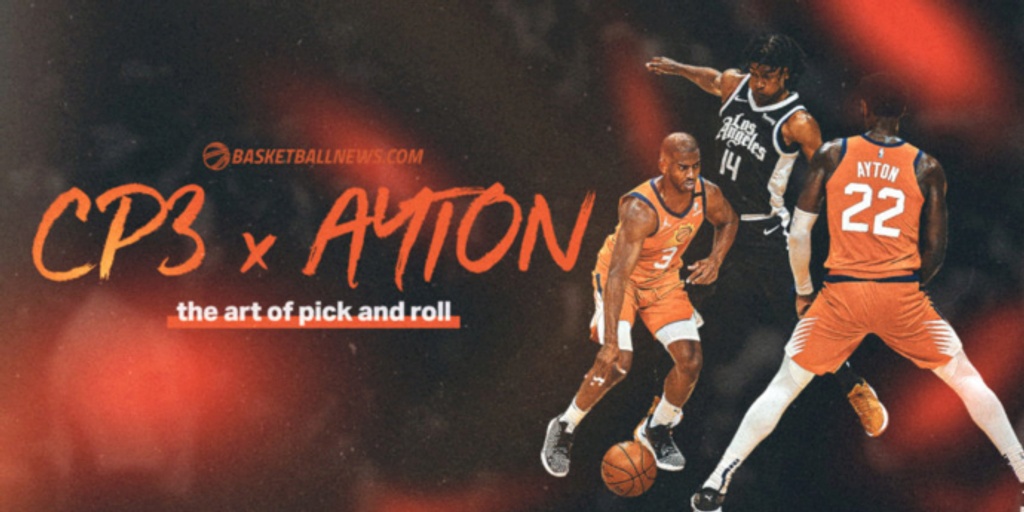 NBA defenses are generally tough to crack. There are numerous principles baked into a single possession: screen coverages, help assignments, rotations behind that help, on-ball shading (which direction the defender wants to force the ball-handler to drive) and other minute factors you're likely to miss in real time.

In addition to this being the longest, quickest and rangiest era of defenders, guys are also prideful. There's always an answer to what an offense wants to accomplish, the thinking goes. At the very least, there's always a way to make life more difficult. It's almost sacrilegious to suggest otherwise.

The Phoenix Suns ran through the NBA, healthy or not, during the 2021-22 regular season. A league-leading 64 wins. A top-five offense and defense, making them the only team to rank that highly on both sides of the ball. Remove transition opportunities, and they ranked third in half-court efficiency on both ends — still the only team to do so.

Honing in on the offense, it's tough not to be impressed with their method of attack. The Suns find cracks in your defense and hammer them. They live on shots that every calculator tells you they shouldn't be able to. It's either impressive to watch or humbling to succumb to, depending on which side you're on.

The bedrock of their offensive system — the jump-starter to the bulk of their possessions — is the Chris Paul-Deandre Ayton pairing. The two couldn't be more different. Paul's an aging guard whose height falls under the lie-on-your-Tinder-profile line, while Ayton is a behemoth whose athleticism and fluidity has drawn comparison to David Robinson.

That's also why it works. The massive difference in size forces a defense into uncomfortable matchup and scheme questions. It's easier to switch against like-sized players; not so much when one is a full foot taller than the other.

Once you start baking in the skill level of both, you realize there's no schematic answer for them.

You can't feed Paul drop coverage. He's one of the greatest shooters of his era, particularly when filtering for mid-range jumpers. The purpose of drop coverage is to wall-off the paint and concede longer-twos; Paul has made over 53% of his two-point jumpers from 15 feet or further over the past five seasons.

If you concede help from the perimeter, Paul doubles as one of the best passers the NBA has ever seen. If the big man decides to commit to Paul and take away airspace, Paul will simply hit his big on the roll... or knock down a contested jumper anyway.

Ayton provides a similar issue against drop. First and foremost, he is a tremendous screen setter. He oscillates between laying the wood, getting a piece of the on-ball defender, and flipping his screening angle to pry his guy open at the last second or slipping into space if that defender tries to jump into the ball-handler's dribble.

From there, Ayton is nimble enough to glide behind your big if he can't backpedal quickly enough. He can also slow his roll and match his stride with Paul, allowing him to hang in the pocket and sprinkle home middies in his own right. Ayton converted 55.5% of his shots between 10-to-16 feet this season, and that number has gone up to 59.3% in the postseason.

Put the two together, and you have a duo that torches drop coverage.

During the regular season, defenses surrendered a shade under 1.22 points per possession (PPP) to them on direct plays. That isn't just the best mark in the NBA among high-volume pairings (min. 300 picks); they're over 5 points per 100 possessions better than second place (Atlanta's Trae Young-Clint Capela, 1.16 PPP). That Paul-Ayton number has gone up during the postseason (1.24 PPP), a remarkable feat considering they've run 48 more picks against drop than any other duo.

Putting two on the ball isn't wise either.

Even with Paul at a size disadvantage, he processes the floor too quickly for it. He's able to get rid of the ball ahead of the trap, or he's wily enough to string it out to fully stress the defense.

Ayton is a good enough handler to take a couple of dribbles in space before going into his move. He can sprinkle in more jumpers, or get deeper into the paint for hooks or more physical finishes.

His passing and processing speed used to make short-roll opportunities a "tip your cap if he executes" play. He's improved to the point where that situation is poison for a defense. It's why the Suns generated nearly 1.2 PPP when teams attempted to blitz or hedge against the Paul-Ayton duo. That's skyrocketed to 1.57 PPP in limited doses during the postseason.

And if you decide that switching is your play — surely taking away easy gaps is a good thing! — you're in a tough spot there.

Paul is not the rim threat he once was. He's not nearly as bursty as he used to be. What he can do, however, is use his handle to shift a bigger defender's weight. From there, he has a front foot to attack. And from there, he can get into his array of jumpers.

The real kicker is Ayton, whose combination of size, physicality and shooting touch makes him nearly impossible for smaller defenders to deal with. Ayton's motor has consistently revved high for the last season-and-a-half. He does his homework early more often now, pinning a smaller defender on his hip and establishing deep positioning before the catch.

To that point: Ayton has absolutely abused size mismatches, generating 1.5 PPP after Paul's defender switches onto him.

This is why so many possessions kick off, or end with, Paul-Ayton pick-and-rolls.

No combination ran more ball-screens per game during the regular season (23.9). And among high volume pairings, no duo came close to matching their efficiency (1.18 PPP) on direct plays.

The same story is ringing true in the postseason. They're lapping the field in terms of pick-and-roll volume (32.3 per game, 226 total), and their efficiency (1.32 PPP) is out of this world.

Godspeed to everyone trying to solve this equation.