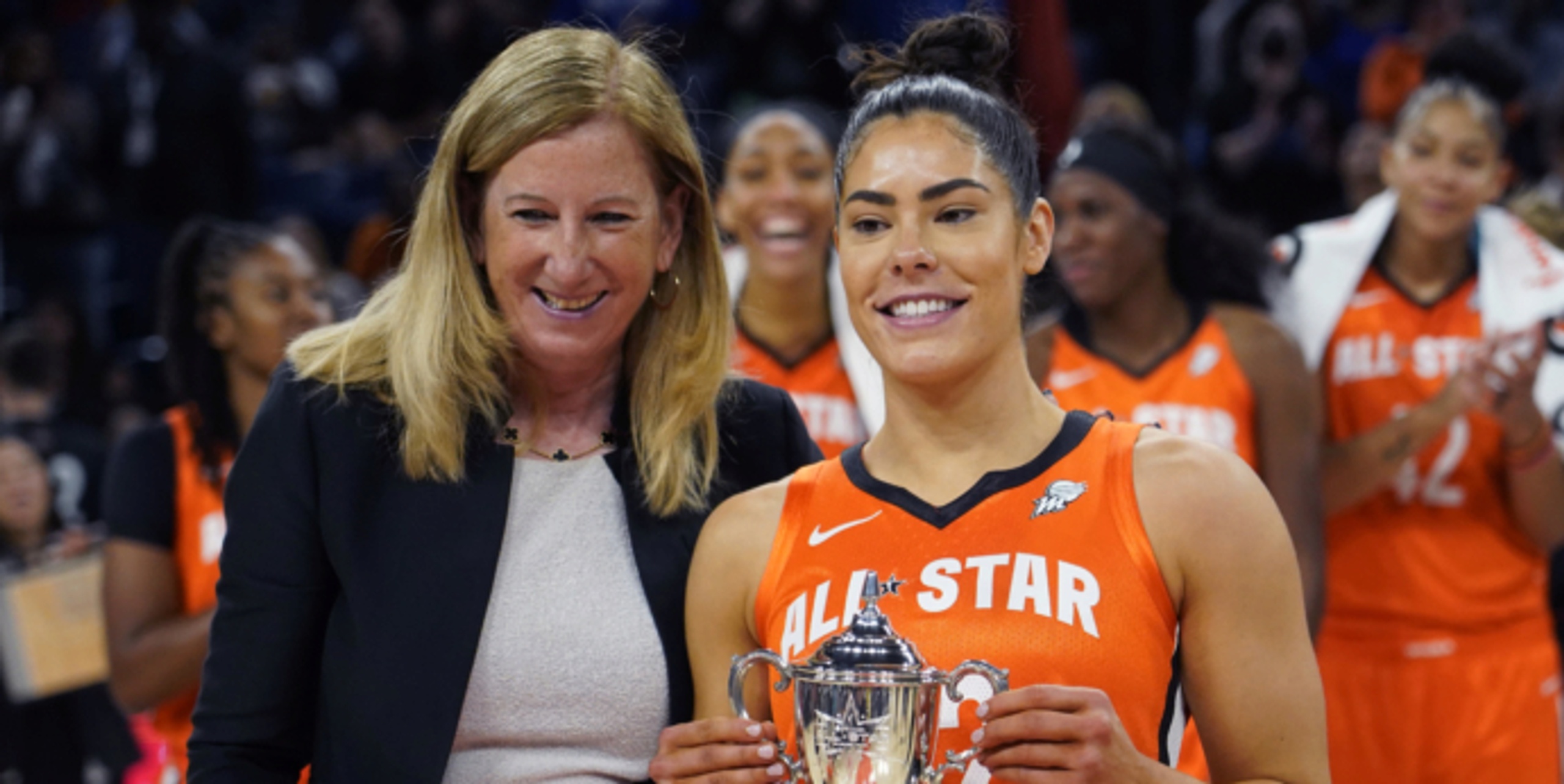 CHICAGO (AP) — A’ja Wilson, Breanna Stewart and the rest of the WNBA All-Stars lined up along the sideline after halftime, the No. 42 and the name Griner on the back of all of their jerseys.

Brittney Griner was everywhere Sunday, everywhere except where the league’s best players felt she should be — playing alongside in the marquee WNBA All-Star Game, in which Team Wilson pulled away from Team Stewart for a 134-112 victory.

Griner is in Russia, where she’s been detained since February after police said they found vape canisters containing cannabis oil in her luggage. The eight-time All-Star pleaded guilty Thursday to drug possession charges that could see a sentence of to up to 10 years in prison.

While advocating for Griner’s release, the WNBA also honored Sue Bird and Sylvia Fowles in the final All-Star Game for both of the retiring players. Fowles had the day’s biggest highlight, picking up a steal and slamming down a dunk for Team Wilson with 4:04 left in the first half.

Bird received a huge ovation when she checked out with 2:10 left, and acknowledged the cheers with a wave.

Las Vegas Aces guard Kelsey Plum was named MVP after she scored 30 points for Team Wilson in her first All-Star appearance. Sabrina Ionescu had 15, and Chicago Sky forward Candace Parker finished with 15 points and eight rebounds in her hometown.

Jonquel Jones, the reigning WNBA MVP who plays for the Connecticut Sun, had 29 points and 13 rebounds for Team Stewart.

Just before the second half, when the players wore Griner’s name and No. 42 on the back of their jerseys, Ionescu and Courtney Vandersloot hugged Cherelle Griner, Brittney’s wife.

“We’re thinking of Brittney Griner at this time,” WNBA Commissioner Cathy Engelbert said. “She remains a huge priority for us, continues to have our full support. Fully focused on getting her home safely and as soon as possible.”

It was the first WNBA All-Star Game in Chicago, home of the defending champion Sky.

The league landed in the Windy City at perhaps its strongest position since it began play in 1997. Viewership is up, some major corporate partners have signed on and a wave of promising young stars like Wilson, Ionescu and Plum are moving to the forefront.

Engelbert announced this year’s WNBA Finals teams will travel on charter flights, and the league is increasing its postseason bonus pools by almost 50% to $500,000. Next season will be extended to 40 games, up from 36 this year, and Engelbert said the league has been meeting with potential ownership groups for expansion teams.

“We continue to work really hard on the transformation of the business to improve the player experience,” Engelbert said.