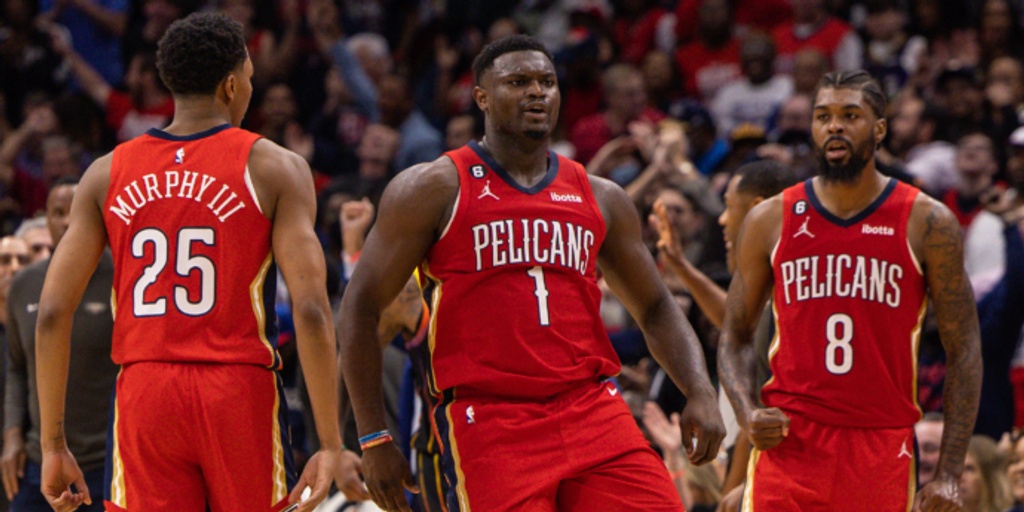 Suns vs. Pelicans is the kind of rivalry we need

Let's relive the last 33.5 seconds of Friday's matchup between the Phoenix Suns and the New Orleans Pelicans.

If you're reading this at work and can't open the video, your boy has you on the recap.

In all seriousness, it felt like unneccesary chippiness following a cool moment. A different angle of the post-dunk credits gave me the impression that this was more about the Paul-Alvarado mini-battle than it was about Williamson's dunk.

Regardless, we got more chippiness postgame. Brandon Ingram didn't play, but safe to say he was hyped on Instagram. Payne had the most to say on the Suns' side, all in the name of ... sportsmanship.

(Can we not turn this into baseball with unwritten rules and such? Teams generally hold the ball when the shot clock is off in a situation. The Pelicans didn't. It didn't change the outcome of the game, and no crime was committed. It's not like Williamson dunked over an unsuspecting Suns player; it was a breakaway. Let's not be lame.)

Funny enough, the main characters didn't have much spice to add. Alvarado wouldn't even mention Paul by name, referring to him as "that person" when asked about his own availability. Paul played it coy, alternating between "it is what it is" and "I don't know" when asked about the back-and-forth with Alvarado.

The dunkster gave us this:

We aren't that far removed from Williamson's commitment level — to himself, and to the Pelicans at large — being questioned. He threw down a monstrous dunk — one he called "out of character" — to punctuate a win against the team that knocked his out last postseason. It's a callback to his excitement about finally getting on the floor with his teammates.

Even Alvarado referring to Paul as "that person" was a callback to some Paul pettiness. After the series-clincher, Alvarado was asked about his battles with Paul and capped it with, "I bet he knows my name now."

In typical Paul fashion, he struggled to remember his name.

Between the Paul-Alvarado feud, the Williamson dunk, Ingram's bars, Payne's comments — and McCollum's "get back on defense, then" response — it's safe to say we have a budding rivalry on our hands.

I'm 10,000% here for older teams being petty, and younger teams rocking the boat. Grizzlies-Warriors is fun, and should be fun moving forward for those reasons. Suns-Pelicans is on the same path, if it isn't there already.

Luckily for us, Friday night's matchup was the first of three that we'll get in a 10-day span. They'll be back at it on Sunday night, then again next Saturday (12/17).

Get your popcorn ready, folks.