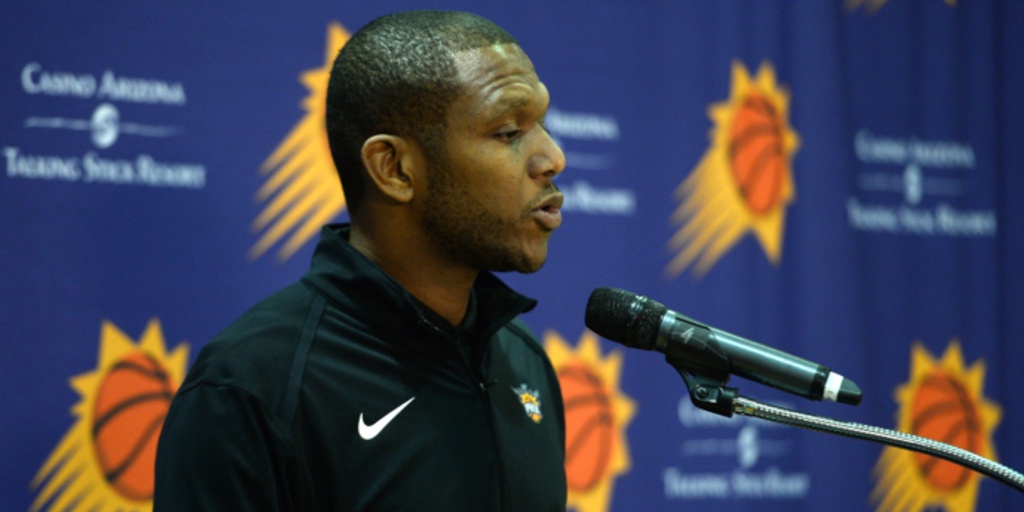 The Phoenix Suns today announced the promotion of James Jones to President of Basketball Operations and General Manager. Jones, who played for the team from 2005-07, was originally named the Suns’ general manager in 2019 after rejoining the franchise as vice president of basketball operations in 2017.

Suns Interim Governor Sam Garvin: “In the nearly 15 years I have known James, he has excelled in every role he performed, from player to NBPA Treasurer to his roles in our front office, most recently as general manager. James has the unique ability to create and lead high-performing teams in basketball operations and his commitment to collaborating with our business side, including at the C-level with partners like PayPal and Verizon, is second to none. We are fortunate for his contributions across the organization and this promotion recognizes his commitment to excellence.”

Jones: “I am grateful for the privilege to work with and support the players, staff and employees of the Phoenix Suns and Phoenix Mercury. The collective efforts of our business and basketball operations have allowed us to provide an amazing atmosphere and best-in-class experience for our fans and community. I remain excited about and dedicated to driving success for our Teams on and off the court.”

In one of Jones’ first moves as general manager, he hired Monty Williams as head coach and the pair has fostered an environment that brings the best out of its players and is now acknowledged as a premier destination for talent leaguewide. The Suns jumped from 19 wins to 34 in Jones and Williams’ first season together in 2019-20, then to 51 wins the following season and 64 victories a season ago that earned Williams NBA Coach of the Year honors.