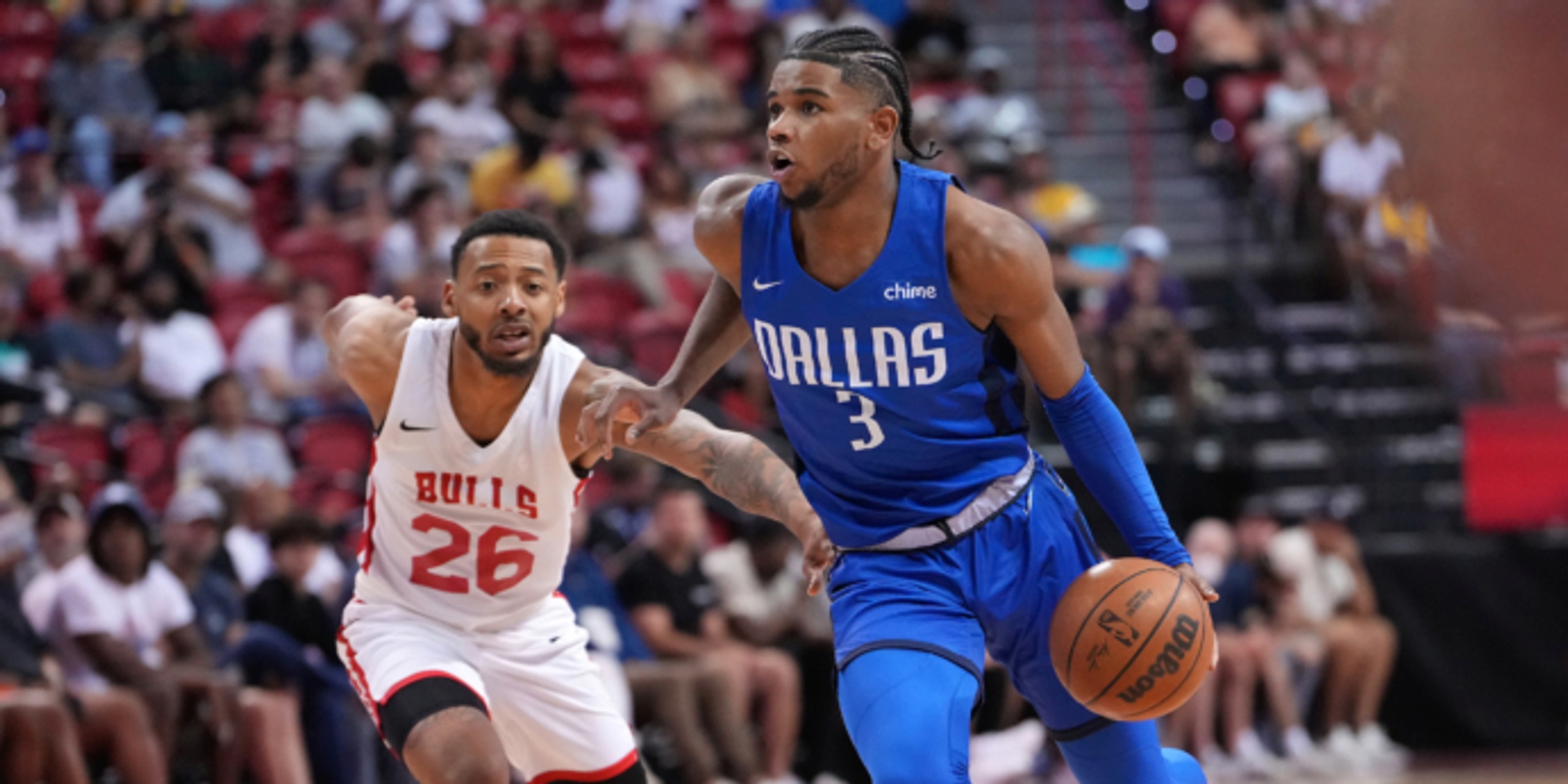 Even though Friday's NBA Summer League slate techincally began at midnight, the second full "day" of competition brought 14 more teams into the mix as the week picks up steam.

The Chicago Bulls and Dallas Mavericks set the tone early by taking each other to overtime, with Chicago hanging on for an exciting 100-99 win. Three players from that contest are highlighted below, along with several other standouts, plus players who left something to be desired.

I can't get to every notable performance; Cam Thomas and Blake Wesley, for example, did not make the cut, though they are listed as honorable mention at the bottom of the Studs section. Six players particularly caught my eye as outstanding, while four guys noticeably struggled in their first Vegas contests of the week.

Marko Simonovic led the @chicagobulls to the victory while dropping 27 points including the game-tying bucket and the game-winning free throw in OT!

I'll be honest, after the first half, I was considering marking this game as a "dud" effort from Simonovic. He was missing easy at-rim attempts and failing to impact the game defensively in the early goings. But man, did things change. Simonovic finished through contact several times, dominated the glass to the tune of six offensive rebounds and took a step up with his defense.

The pivotal play for Chicago in overtime was Simonovic's screen coverage that led to a steal, followed by him running the floor and converting the and-one to take a 99-96 lead. What an effort for the No. 44 pick.

AJ Lawson poured in 28 PTS for the @dallasmavs to open up their #NBA2K23SummerLeague schedule!

Jaden Hardy stole most of the show in the Mavericks' overtime loss, but Lawson was simply fantastic as an off-ball irritant on Friday. He had this one bucket that really wowed me where he cut across the middle of the paint, went to set a pindown, faked it and cut back to the basket to receive a pass and convert the layup. It was one of the highlight plays of the day for me.

Lawson also impressed with his shooting off movement and spaced the floor extremely well as Hardy and others drove to the basket. The 21-year-old went undrafted in 2021 and played 13 games with the College Park Skyhawks, but has not made his NBA debut yet. Hopefully that changes.

Hardy has social-media buzzing after his performance and demonstrated the easy scoring confidence that has propelled the combo guard since high school. He had defenders guessing with how he changed speeds and directions attacking the rim. Hardy's body took contact extremely well, and if his opponent cut off a driving lane, he could turn it into a step-back or pull-up.

It wasn't an efficient performance by any stretch, but the poise was certainly there for Hardy in his Mavericks debut. He turned the ball over six times while trying to do too much at points, but also made some nice reads as a passer when he drew defensive attention. This was a great starting point for the bucket-getter to work from.

Minott entered the NBA Draft billed as a player with intriguing physical measurables and tools, but in need of serious development time. On Friday, he was much more polished than I anticipated. Minott attacked off the bounce, pulled up over defenders for three-pointers and pushed the pace in transition. The rebounding activity was awesome for someone with his size and experience. Minott has already canned as many threes in Las Vegas as he did his entire freshman year at Memphis.

Quentin Grimes showed off his playmaking and scoring ability as he powered the @nyknicks to the win in their #NBASummer opener!@qdotgrimes: 24 PTS, 8 AST, 2 STL, 4 3PM pic.twitter.com/YeEMtOfE4c

We know Grimes can shoot it, and while he wasn't the most efficient as a scorer on Friday, that wasn't what caught my eye. The second-year wing dished out eight assists against one turnover with a variety of reads. Grimes connected multiple times with 2021 draft classmate Jericho Sims, both in the pick-and-roll and on dump-offs. I know I've got my own hopes for Deuce McBride-Grimes-Sims bench units this upcoming season, and I imagine Knicks fans feel similarly.

Moses Moody going OFF in the first three quarters 👀

The 2021 No. 14 pick never really took over the game against the Knicks, but Moody consistently capitalized on his moments in all the right places. He drew eight fouls and made 15-of-17 free throws, calmly knocked down some threes and tossed in a couple of putback buckets. Moody's two blocks came courtesy of impressive help defense and recover efforts that led to swats on Trevor Keels and Jean Montero.

The ease with which Moody impacted the game signaled that this second-year Summer Leaguer might have graduated from the competition. I'd also like to give a hat-tip to Joe Viray, who throughly broke down Moody's first game for Golden State of Mind.

I've been a believer of Woodard since he entered the 2020 Draft, but yesterday showed he hasn't made the requisite offensive strides to be an impact player yet. He has yet to hit threes at a clip close to his last collegiate season with Mississippi State. Against the Cavaliers, Woodard didn't really impact the game off the ball other than as a spacer.

He did receive some reps initiating and attacking off the dribble. But Woodard doesn't have the burst to beat defenders and he doesn't use his strength to initiate contact. There was one play where he turned a corner and used a crossover to get downhill and finish a layup. But it's hard to imagine Woodard receiving these chances in whatever setting he joins next season.

Unlike Moody's night, it seemed like everything went wrong for Kuminga. The 2021 No. 7 pick made several bad passing decisions and got stripped twice by Quentin Grimes when he tried to take Grimes off the dribble. He missed all of his perimeter looks and went 0-for-3 near the basket (props to Jericho Sims for the defense).

I do want to be fair to Kuminga. Golden State had him initiating the offense frequently, a role he scarcely played during the regular season. The Warriors clearly want to use this summer session as a trial-by-fire experiment for Kuminga on the ball. He's already proven himself as a valuable cutter with the full roster.

The long-range goose egg is particularly egregious, and some attendees on social media even posted that fans were cringing by the end of the game. Pacers defenders did not close out on Jones, yet his misses were inconsistent and sometimes downright ugly. Jones shot seven of his 10 threes from a standstill, yet his landings were erratic.

Inside the arc, Jones was better than the final line shows. He had three impressive unassisted driving layups, and another hesitation drive that ended with a powerful slam dunk. The flashes of creativity off the dribble are there for this 6-foot-11 big. However, the perimeter game is not, yet.

Edwards' offensive performance felt disjointed. He would sometimes hesitate to make a decision with the ball in his hands. Other times, he'd drive hard, but he doesn't have the strength or vertical leap to be a threat around the basket. Edwards also missed one floater in the Nets' loss to the Bucks and didn't receive much time with the ball in his hands to dribble around. At this stage, the three-ball comprises a large part of his offensive strength, and the rest of his on-ball game remains a work in progress.