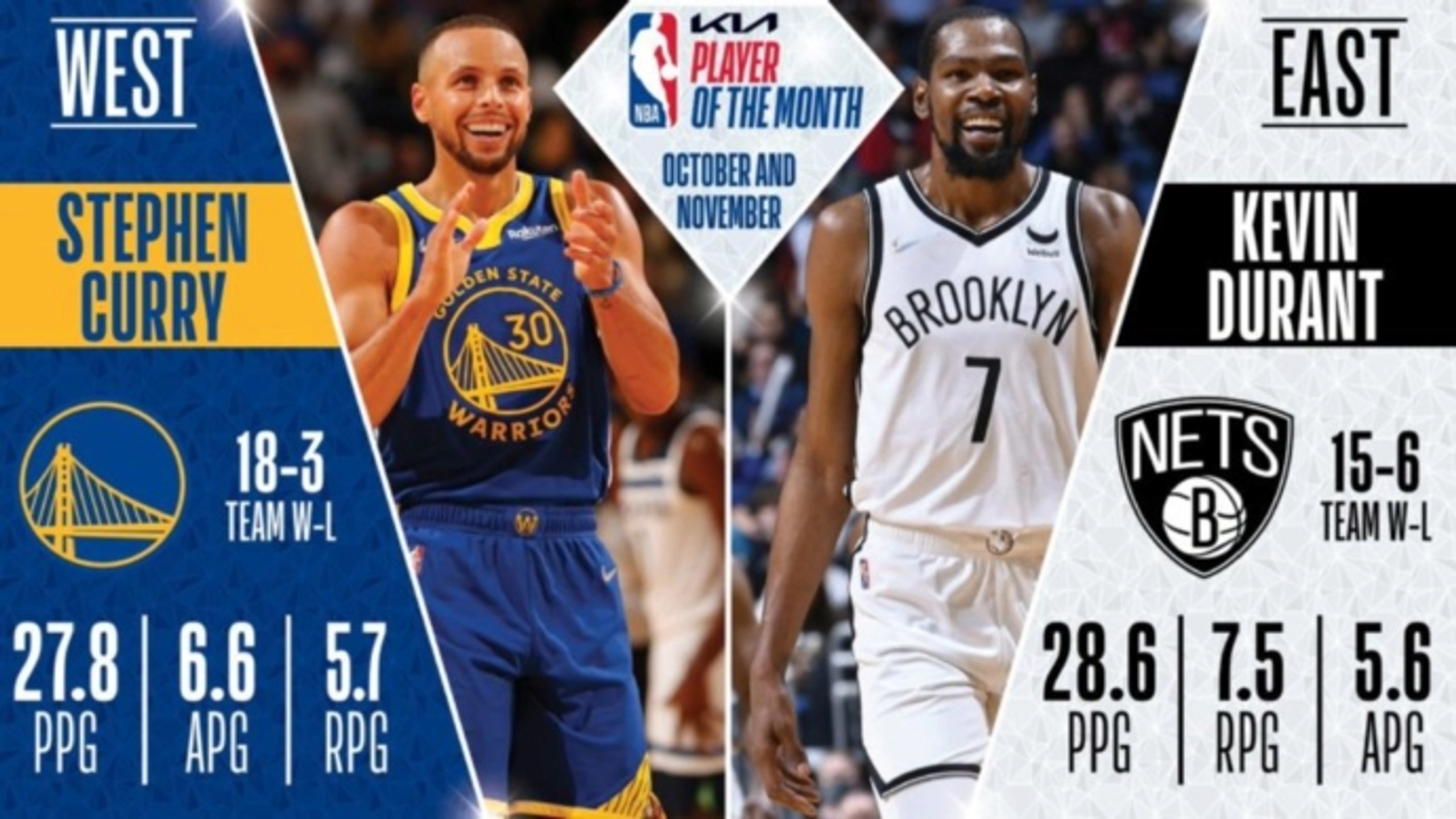 The NBA announced that former teammates Stephen Curry and Kevin Durant have been named NBA Player of the Month for October and November in their respective conferences.

Curry helped the Warriors look dynastic once again as he led them to an 18-3 record as he averaged 27.8 points, 6.6 assists, and 5.7 rebounds per game. Curry passed Ray Allen for the all-time three point record with nine three pointers in a dazzling 40-point display on November 8th.

How do you guard this? 🥶@StephenCurry30 pic.twitter.com/Bdfsrbe9kj

Durant was dominant in his own right with 28.6 points, 7.5 rebounds, and 5.6 assists as he led the Nets to a 15-6 record without Kyrie Irving. In a blowout win against the Orlando Magic, he missed just one of twelve attempts en route to a 30 point performance.

KEVIN DURANT TO THE RACK. pic.twitter.com/kXe2Q2iDwr