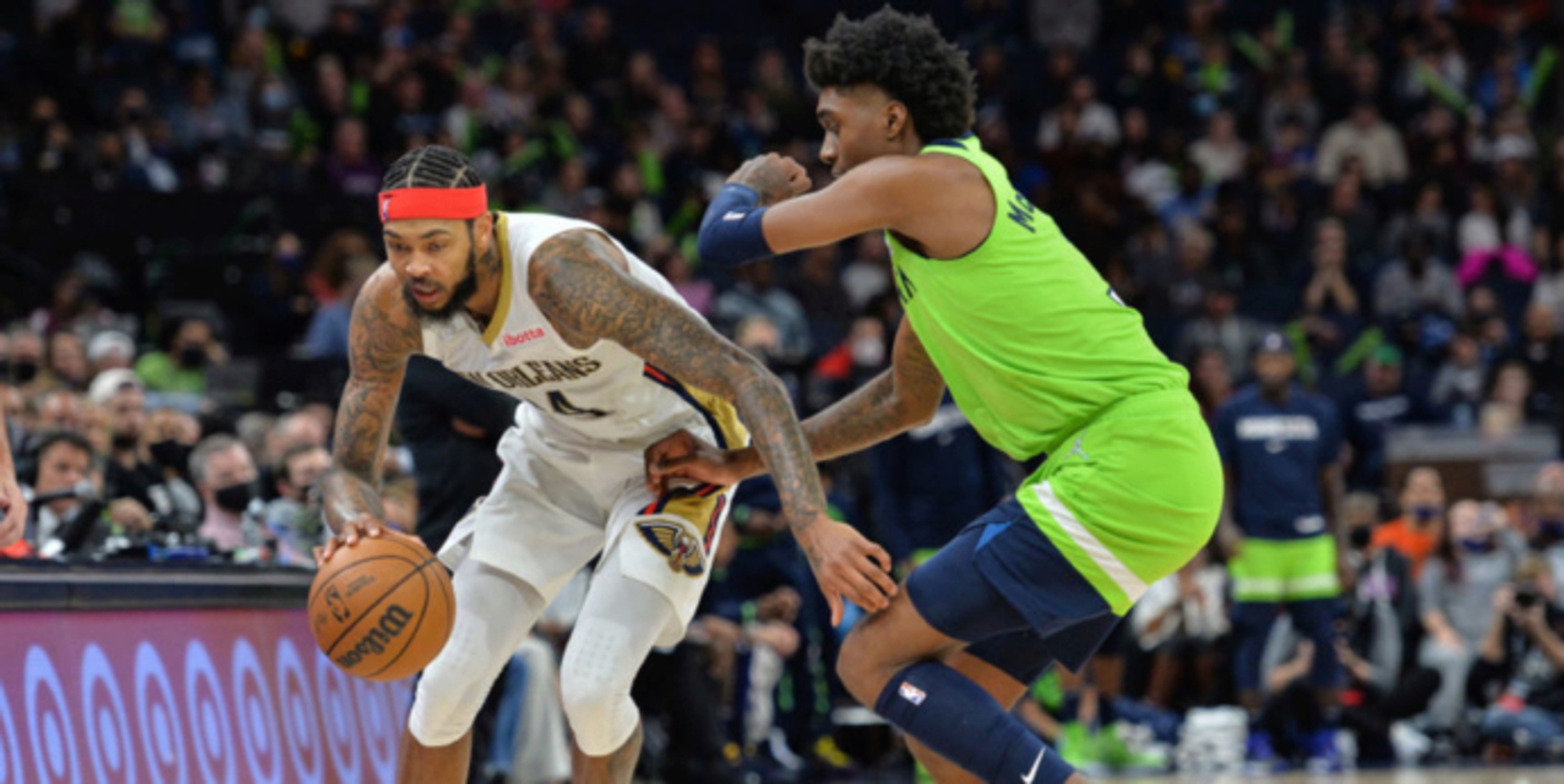 All stats-based analyses at this stage of the season come with a major warning: We are looking at small sample sizes. Events could be extreme without us realizing it, and averages are even more heavily influenced by outlier performances.

This Stat Notebook is going to highlight some peculiar NBA trends, but keep in mind that they may be peculiar only because we have 3-to-5 games of data to measure. Teams progress or regress to their average nature as the season moves along.

With that being said: Can we talk about this Timberwolves defense?

Jarred Vanderbilt is so awesome. There are only a handful of NBA players who decide to execute this rotation and do so without fouling. pic.twitter.com/dlXTjVBbZO

Minnesota has been one of the worst defensive franchises in the NBA for a long, long time. Amidst a period of remarkable turnover — five different head coaches in six seasons, multiple front office overhauls and a roster with one player left since the 2015 NBA Draft — the Wolves had maintained a steadfast commitment to playing bad defense, having never posted a positive Relative Defensive Rating (defensive rating relative to league average, per Basketball Reference) since 2013-14.

It actually gets even wilder. In the Timberwolves' 32 years of existence before this season, they had posted a positive Relative Defensive Rating only six times! They have only been an above-average defense for one-sixth of their history, and only twice since Kevin Garnett was traded.

So while we are looking at a tiny four-game sample, it should be noted that the Timberwolves are on pace to do something that they have rarely come even remotely close to doing: shutting opponents down.

Minnesota's fifth-ranked defense is currently giving up 100.4 points per 100 possessions, which would be the second-lowest number in franchise history. It's an early testament to a team-wide attitude shift, and the skill of some elite role-players.

Through four games, the Timberwolves have the 28th ranked half-court offense, and the league's best half-court defense per @cleantheglass.

Karl-Anthony Towns is averaging 2.5 blocks and 1.3 steals per game. Josh Okogie and Jarred Vanderbilt are both swiping over 1.5 steals per game. Jaden McDaniels has a 3.4% block rate (tops at his position, per Cleaning the Glass). Naz Reid is averaging 3.2 steals and 3.2 blocks per 36 minutes. Event creation isn't everything on defense — but for these contributions to be coming from all over the frontcourt is special.

In Wednesday night's 113-108 road win over the Milwaukee Bucks, the Timberwolves held players not named Giannis Antetokounmpo to 33.3% shooting from the field. Against the defending champs and one of the league's best offenses, that's more than satisfactory. They've got some tough offensive tests coming up, with five of the next six games against the Denver Nuggets, Los Angeles Clippers, Memphis Grizzlies and Golden State Warriors. We'll see if the sample numbers holds up.

Another small-sample standout: the Utah Jazz and their complete lack of passing. The NBA tracks passes made by each team per game. The Jazz have averaged 176.7 passes across their first three contests, a stunningly low number. For context, the Oklahoma City Thunder rank 29th with 237.6 passes per game. In the history of the NBA's tracking data (back to 2013-14), no team has ever averaged below 240 passes per game across a full season. Utah is not even close.

Yet, the Jazz are also 3-0 and owners of the league's third-best offensive rating. How can that be?

But one answer could come in the rebounding stats. Led by Rudy Gobert, the Jazz are No.1 in points per missed shot (30.3 per 100 possessions) and second in putback points per play. Putbacks more rarely involve passing and assist opportunities.

Still, this wouldn't account for everything. I'm interested to see which numbers are sustainable and which are outliers. There's no way the Jazz can keep up this extreme lack of ball movement while maintaining their play tendencies. Let's see what gives in the next week.