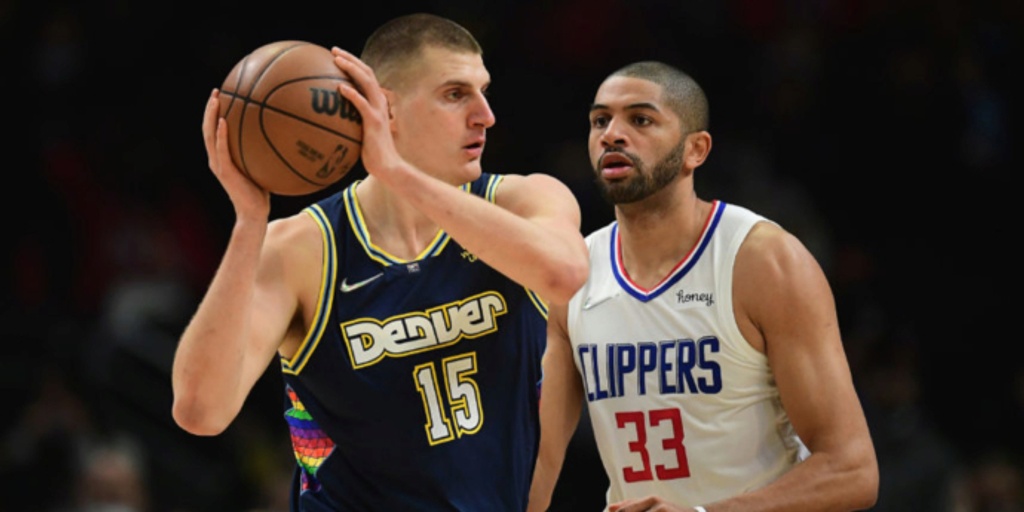 Stats Notebook: How often do players have the ball in their hands?

This week's Stats Notebook is inspired by a recent article from USA Today's Bryan Kalbrosky. The story focused on Franz Wagner's Rookie of the Year campaign, but it brought up an interesting statistic: Wagner has seen his average time holding the ball per touch (I'm calling it touch time, for brevity) increase by over a full second in recent games, more than anyone else in the NBA.

That's already cool on its own, but the note got me thinking: What else can touch time stats tell us about roles in the NBA? Is this a different way to measure ball-dominant players and see who is earning a larger role?

The NBA, through Second Spectrum, tracks a bunch of measurables related to how many times a player touches the ball on offense, where they do it and for how long. Below are the top-five leaders to date in touches per game:

Jokic being atop this list is extremely significant. He has led the NBA in touches per game in each of the last four years, and is the only center in the data record to do so (dating back to 2013-14). He's also the only player ever to clear 100 touches per game, which he also did last season.

Even crazier: Jokic is crushing every other center in this category. Domantas Sabonis sits second among centers, possessing the ball 76.9 times per game at 22nd overall. That 24-point difference between Jokic and Sabonis is almost equal to the gap between Sabonis and 20th-ranked center Montrezl Harrell!

We'll return to the Jokic love in a moment. By looking at per-game time of possession (how many minutes someone actually has possession of the ball) we get a more traditional sense of the league's most ball-dominant players. Many of them are your high-usage guards:

In fact, the first non-guard to appear on the list is LeBron James (6.3 minutes) in 15th. After him, it's DeMar DeRozan and Paul George together at 5.3 minutes.

Essentially, Jokic is like a prism for the Denver Nuggets. The ball comes to him more than anyone else in the NBA, and he's immediately rifling it back out with all sorts of flavors of flair and purpose, either to the basket or to a teammate. He's one of the most unique offensive engines basketball has ever seen.

There are so many angles to comb through these stats with. But I'll end by circling back to Kalbrosky's emphasis on Wagner and rookie progression. Wagner isn't the only one seeing a significant jump in his touches and touch time.

Between November and the December-to-now stretch, Josh Giddey has seen his touches increase by over 8.5 per game. But his touch time and dribbles per touch numbers have actually slightly decreased. It seems Giddey has adapted to his increased presence while maintaining the trademark quick passing decisions that characterize his game. He's also, perhaps surprisingly, the rookie leader in frontcourt touches per game.

Cade Cunningham, Herb Jones and Jeremiah Robinson-Earl have also seen their touches increase by at least six per game, as has the aforementioned Wagner. Davion Mitchell and Jalen Green have actually seen their touches decrease noticeably despite similar minute loads. Here's the rookie top-10 in touches per game, specifically from Dec. 1 to today (minimum of five games played):

These are still some small samples, and the data should be interesting to track as the season wears on and teams commit to, or concede, a playoff push. Either way, the bottom line is: Appreciate Nikola Jokic.