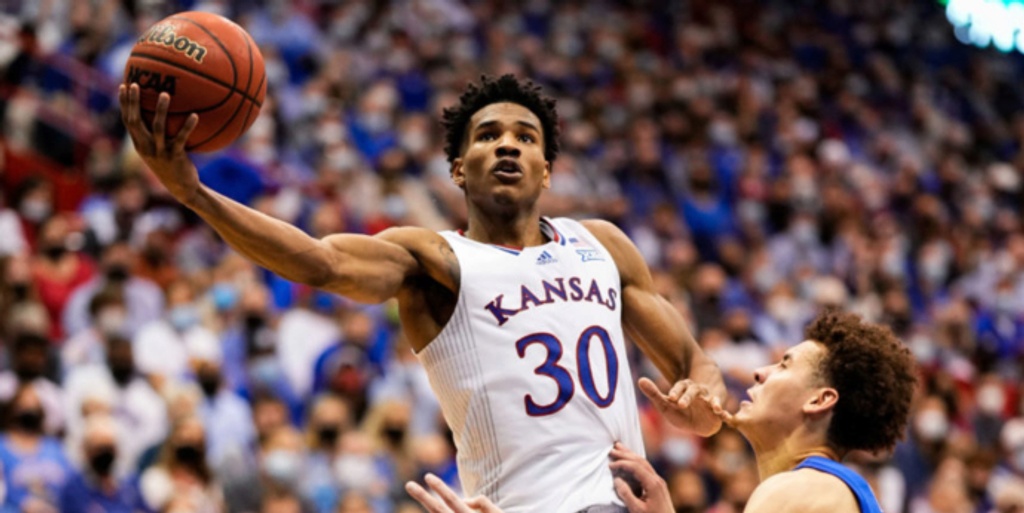 State of the Conference: Evaluating the Big 12

Earlier this week we addressed the SEC. For this article, we'll dive into the Big 12.

Here are the current Big 12 standings, with conference wins and losses to the left and overall record to the right (table via CBB Sports-Reference):

Other than their embarrassing loss at home to Kentucky, the Kansas Jayhawks have looked the part of a No. 1 seed with an offense ranked third in the country and Adjusted Efficiency that ranks sixth. Ochai Agbaji and Christian Braun are incredibly difficult to contain, while role players such as Jalen Wilson and Remy Martin are reliable in their own right. Kansas has a primetime matchup against Baylor coming up, but other than that, the team should be able to finish the season on a strong note.

The Baylor Bears are only one game back from the Jayhawks, but recently lost Jonathan Tchamwa Tchatchoua for the year with a devastating knee injury. While this will certainly impact them down the stretch, potential first-round picks Kendall Brown and Jeremy Sochan have the potential to win game when it matters, leading the No. 14 defense in the nation. Baylor is led offensively by a three-headed monster at guard: James Akinjo, LJ Cryer, and Adam Flagler. They are effective as floor generals, scorers and facilitators, and will look to power the Bears through the final few weeks of the regular season with an eye on the top spot if they can defeat Kansas on Feb. 26. 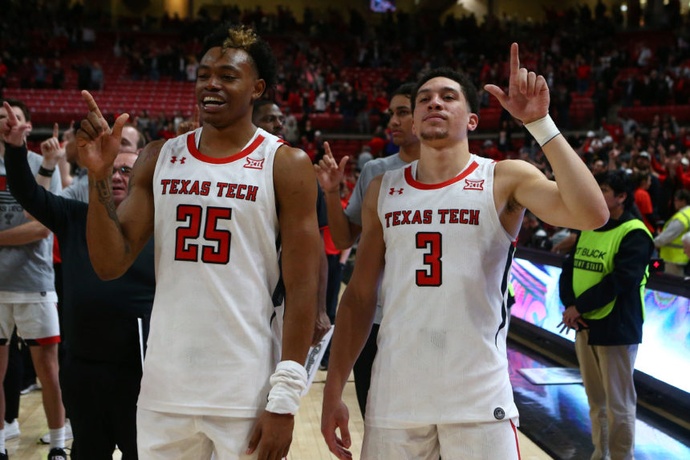 ON THE HEELS: TEXAS TECH, TEXAS

Sporting the third-best defense in the country, the Texas Tech Red Raiders are ranked 11th nationally and have a chance to move even higher up with a win against Baylor on Wednesday. Sitting only two games back from the top spot, Bryson Williams, Terrence Shannon Jr. and Co. are nearly unbeatable at home, so Tech will push for a top-two seed over the next few weeks. Oral Roberts transfer Kevin Obanor is the swing factor for me. He’s been inconsistent as a scorer, but when he’s clicking and stretching the floor, the Red Raiders are incredibly difficult to compete with. Look for him to have a strong finish to the year.

The Texas Longhorns entered this season ranked No. 5 in the preseason poll, but are only 8-5 in conference play. While they have underperformed, I still wouldn’t want any part of them come Big 12 or NCAA Tournament time. They are senior-laden, experienced and skilled across the board. Currently projected as as No. 5 seed in March, Timmy Allen, Marcus Carr and Co. have a very difficult schedule the next couple weeks, but have an opportunity to turn the tables in their favor. 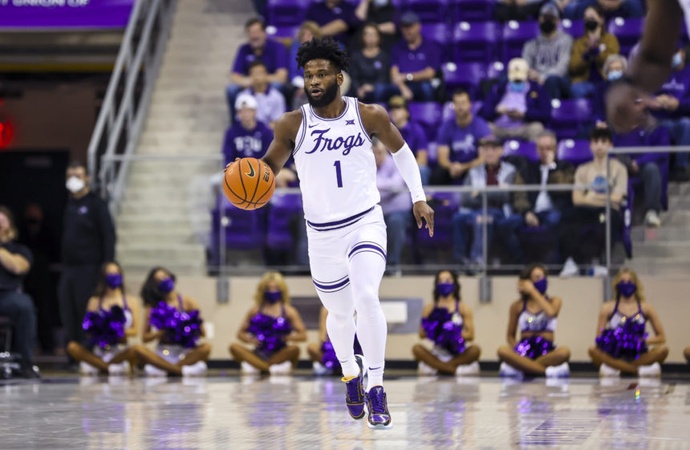 The TCU Horned Frogs are 5-6 in conference play, but we are going to find out what they’re made of down the stretch. Five of the final seven games are against ranked opponents, a gauntlet that has not been friendly to others in the Big 12. Mike Miles is leading the team in scoring, but will need to play at an elite level to carry the team to the end.