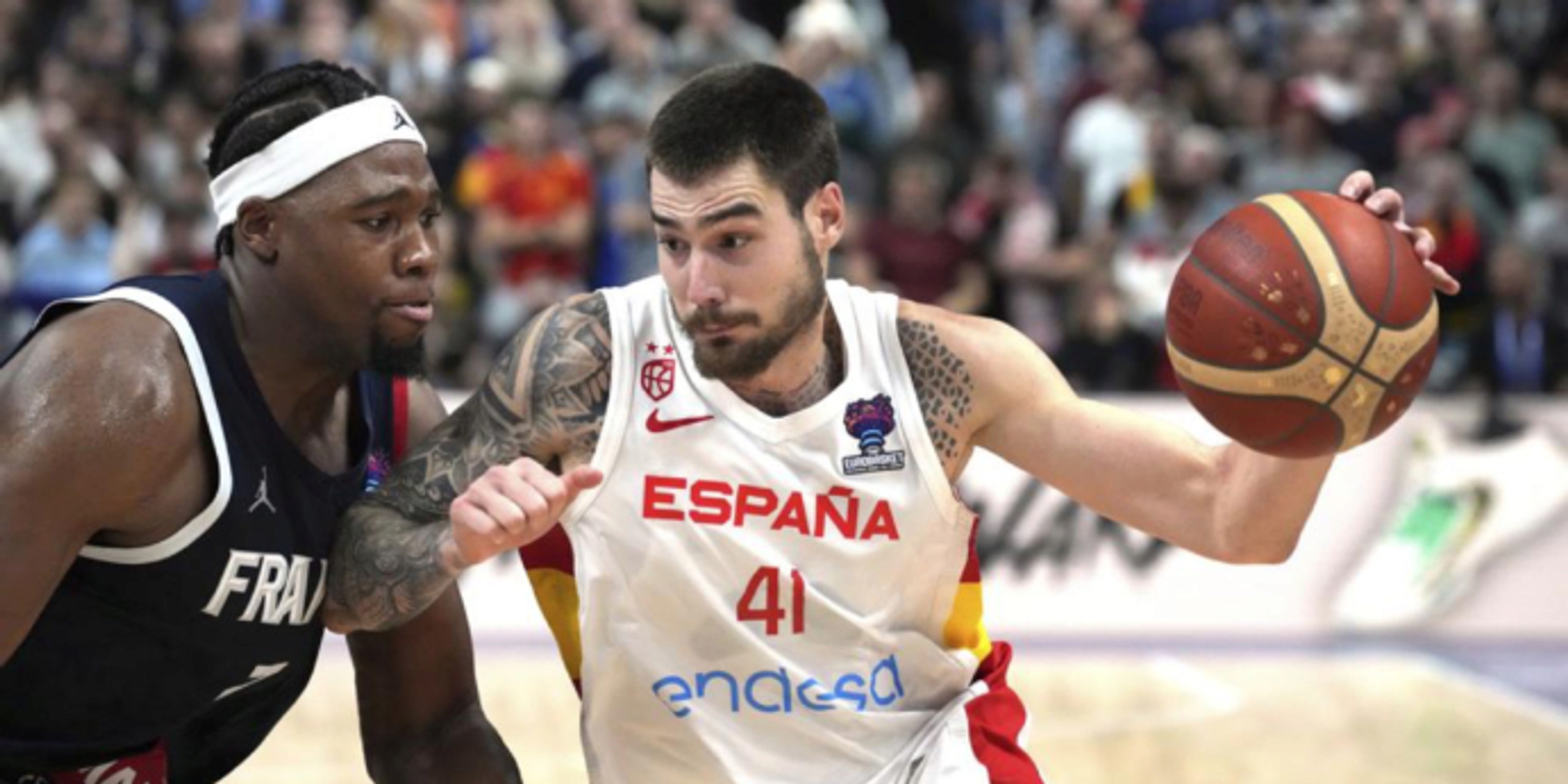 BERLIN (AP) — For Spain, almost all of the names on the national team’s roster have changed in recent years.

The expectations didn’t. And neither did the results.

It was Spain’s fourth European championship in its last six tries, all those golds coming under coach Sergio Scariolo.

Lorenzo Brown scored 14 points and had 11 assists for Spain, while Jaime Fernandez scored 13.

Evan Fournier led France — which also dropped the gold-medal game at the Tokyo Olympics to the U.S. last summer — with 23 points, with Thomas Heurtel scored 16 and Guerschon Yabusele added 13.

Rudy Gobert was held to only six points on just two shots from the field for France.

“Spain played better from start to finish,” Fournier said. “They had a clear game plan and we did not execute ours well enough. ... We never really had control of the game. They just played better, man, period.”

This was supposed to be a rebuilding summer for Spain. Pau and Marc Gasol, the longtime leaders of the program, retired from international following a quarterfinal loss to the U.S. at the Tokyo Games. Sergio Gonzalez also decided last summer was the right time to walk away, after 16 years with the national team. Sergio Llull and Ricky Rubio, two more of veterans, couldn’t play because of injuries.

The winning tradition simply continued anyway. Spain is now the reigning Basketball World Cup (won in China in 2019) along with EuroBasket champion. It has also medaled in 10 of its last 11 EuroBasket appearances.

For France, it was another medal — and another instance of coming up a bit short of the shiniest medal. France’s last major crown came in winning EuroBasket in 2013. Since then, the French have won two bronzes at the World Cup (2014, 2019), a bronze at EuroBasket (2015), silver at the Tokyo Olympics, and now, silver again.

The difference was clear: Spain held a massive 35-7 edge in points off turnovers.

Juancho Hernangomez was 6-for-6 from 3-point range in a 6-minute span of the second quarter, helping Spain extend what was a 23-14 lead into a 45-26 edge with just about 3 minutes left in the half.

barrage. He had made a total of 12 3′s in his eight previous games in this year’s EuroBasket tournament, and his high in any NBA game is six.

An 11-0 run helped France cut what had been a 21-point deficit to just 47-37 at the half — and the momentum carried into the third quarter.

Yabusele’s jumper with 6:52 left in the third got France within 49-46, and everything seemed to be shifting.

But Spain held on. Juancho Hernangomez’s seventh 3-pointer with 7:29 left made it a 71-61 game, and the outcome wasn’t in doubt again.

It was Germany’s first EuroBasket medal since winning silver in 2005. Poland matched its best finish in the event since 1971.

“They told me it’s 17 years since Germany won a medal,” Germany coach Gordie Herbert said. “It’s kind of fitting that Dennis Schroder’s number is 17. It’s been an unbelievable honor to coach these guys from Day 1.”

“We worked hard for it,” Schroder said. “It’s an unbelievable feeling to come out third in the EuroBasket.”