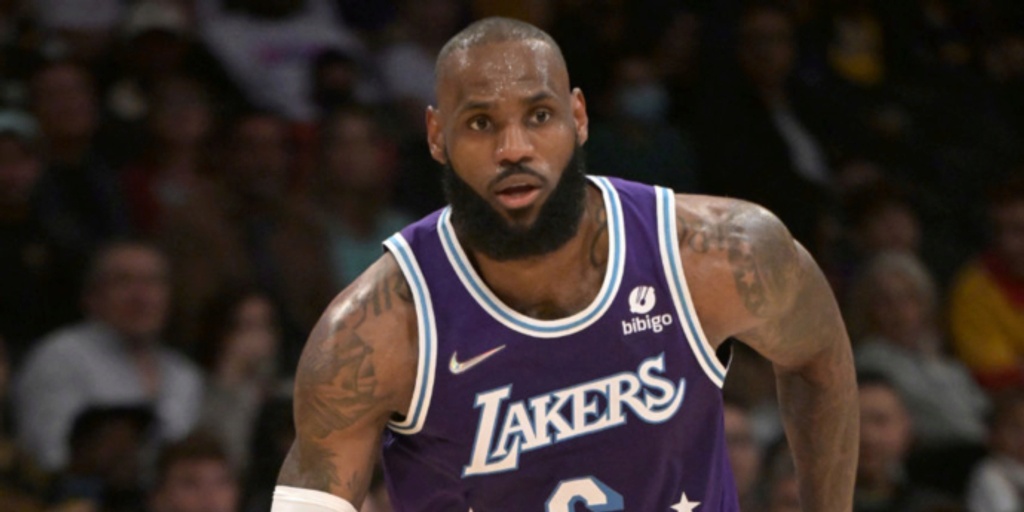 Shams: LeBron James out vs. Denver Nuggets with ankle injury

Lakers star LeBron James will be out today vs. the Denver Nuggets as he deals with his nagging ankle injury, according to Shams Charania of The Athletic.

Lakers star LeBron James will be out today vs. Nuggets as he deals with nagging ankle injury, sources tell @TheAthletic @Stadium. The Lakers are currently one game behind San Antonio for the final Play-In spot.

ANALYSIS: While LeBron has every right to tend to whatever ailment is bothering him, one can't help but wonder if both he and the Lakers are waving the white flag on this season. The Lakers are 31-46, which puts them in the Western Conference's 11th seed (one game back from the 10th-seeded San Antonio Spurs). As of right now, they would miss the Play-In Tournament.

This has been one miserable season for James and the Lakers, so it might be in everyone's best interest to fold now and review their options this summer.