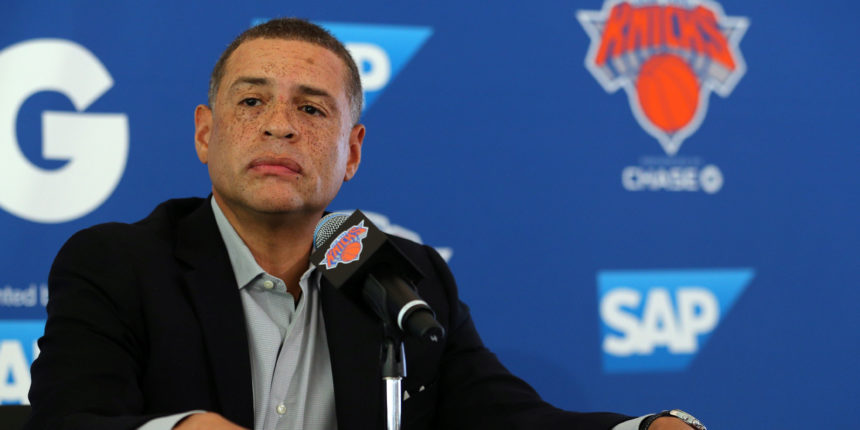 Scott Perry says all Knicks players are vaccinated against COVID-19

NYK GM Scott Perry says all Knicks players are vaccinated. Perry says the organization is proud of how seriously the players approached COVID-19 and credits the team medical staff.

ANALYSIS: Begley added that, per a city mandate, Knicks and Nets players would have to be vaccinated to play and practice in New York City. NBA players' vaccine status has been a newsworthy topic in recent days, with the New York teams and the Golden State Warriors facing potential absences due to unvaccinated players.

Yaron Weitzman of Fox Sports reports that Kyrie Irving is unvaccinated, and that the NBA believes about 85% of all players have gotten the COVID-19 vaccine. According to Rusty Simmons of The San Francisco Chronicle, Andrew Wiggins is also unvaccinated.