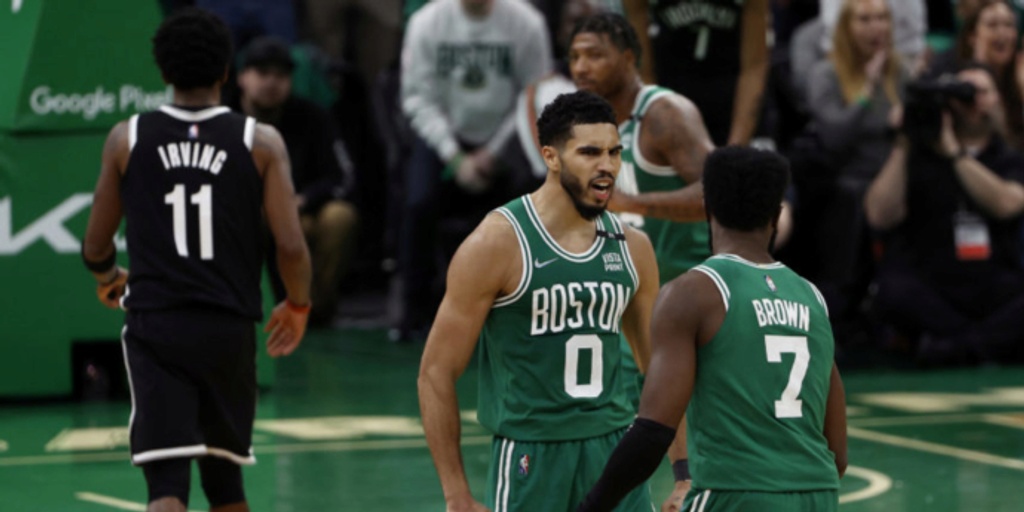 Sad but true: In the NBA, playoff rivalries may be a thing of the past

It hasn’t even been a week since the playoffs began, and we’ve already seen some amazing basketball and game-winning shots. Joel Embiid buried the Raptors on Wednesday, and Jayson Tatum himself scored a buzzer-beating layup against the Nets last Sunday.

We’ve seen some crazy individual performances and some dramatic finishes. We’ve even seen some of the younger teams out there like the Memphis Grizzlies show that they can take a few punches, but recover.

One thing we haven’t seen, though, is what I would call a rivalry. It’s something I found myself thinking about while watching the Celtics beat Brooklyn in Game 2.

I’ve heard different people question whether Brooklyn and Boston are becoming rivals and whether this can be the beginning of a rivalry, and sad to say, I just don’t see it. There’s definitely an interesting storyline and connection between the two teams, but rivals?

Sad to say, I don’t really think there’s real rivalries in the NBA anymore. And I really don’t think they’ll ever come back.

To have a rivalry, I think you need a few different things.

The first, and most important, is the same set of core players, at least five or six. The second is that the teams have to actually be good enough to be some of the last ones standing when it’s all said and done; there has to be something bigger than a division title at stake for the players to really be emotionally invested.

And the third is that the teams have to actually play each other often. When I was an assistant coach on the Cavs — even though we played the Warriors in the Finals four years in a row — we didn’t really consider them our “rival,” because we just didn’t really see them and play them enough. It just so happened that when we did, it was for the championship.

The main thing preventing us from seeing real rivalries develop in today’s game is player movement. There’s nothing wrong with players moving around and picking their own paths, but we all know that back in the 1980s and 1990s, it was just different. It was “a business” back then too, but guys made their teams their homes. It’s really not like that anymore.

More and more, we see players today signing three- and four-year deals. By the time you blink, guys are free agents and moving on to new teams. Gordon Hayward signed with the Celtics and it seemed like he was gone before you knew it. I remember the days when guys used to get seven-year deals. Shoot, Magic Johnson signed a 10-year deal with the Lakers back in the day.

If anything, the rivalries we see in the NBA today are more between a player and a certain team or between two or three players — and that’s not really the same thing.

I found myself having these thoughts during the Nets-Celtics series mainly because, as fun as it is to see these teams go at it, I don’t really think they’re going to get to that level. It’s only the first round of the playoffs.

When I think of rivalries, I think of Shaq and Kobe vs. Tim Duncan and Tony Parker. I think of Michael and Scottie against Patrick Ewing and the Knicks, Isiah and the Pistons vs. Jordan and the Bulls. Magic Johnson and Larry Bird, and of course, the classic Lakers and Celtics battles.

What those rivalries all had in common was continuity, and it’s missing from the league in today’s day and age. Think about it, pretty much all of the biggest stars in the league (except Steph Curry and Giannis) have been on more than one team. LeBron, Durant, Kawhi, Paul George, Russell Westbrook and James Harden have all even switched conferences.

Because of that, we haven’t really gotten the same opportunity we once did to see teams grow into contenders, and to be standing in one another’s way like we once did. It probably won’t happen much more in the NBA, and I definitely don’t really see that happening with Brooklyn and Boston.

As far as the Celtics and Nets are concerned, Durant is 33 years old and Kyrie is 30. I don’t really look at Jayson Tatum and Jaylen Brown as their rivals, I more so look at them as the young, up-and-coming team that’s trying to show the older generation that it’s their time to take over. Ben Simmons gives the Nets some youth, and maybe he can prolong their championship window, but I don’t see these two teams battling it out at the top of the Eastern Conference for a chance to go to the Finals year after year.

In today’s game, we tend to focus more so on individual players and their individual storylines, and it makes sense since, like I said, guys seem to switch teams so much more.

When LeBron was in Cleveland the first go-round and then Miami, you could have said he had a mini-rivalry with Paul Pierce and KG, I guess. You could probably make the same argument for Chris Paul and Steph Curry in the Western Conference too. Before them, maybe Steve Nash in Phoenix and Dirk in Dallas and Tim Duncan in San Antonio? They definitely had some fierce battles.

But compared to some of the classic rivalries we’ve seen, and what I came up watching, none of today’s “rivalries” really compare.

That said, the league today is still in great hands. We’re seeing the game played at maybe the highest level ever, and there are so many individual storylines; it’s impossible to not get invested.

But things are just different now. Players are quicker to move on and even those who give us those fierce battles are friendlier with their competitors than they were back in the day.

I’m not mad at it, it’s just a fact. And when I saw Boston take Game 2 from Brooklyn on Wednesday night, I saw a lot of things. Unfortunately, though, I didn’t necessarily see a rivalry in the making.

And I’m not sure when I will again.