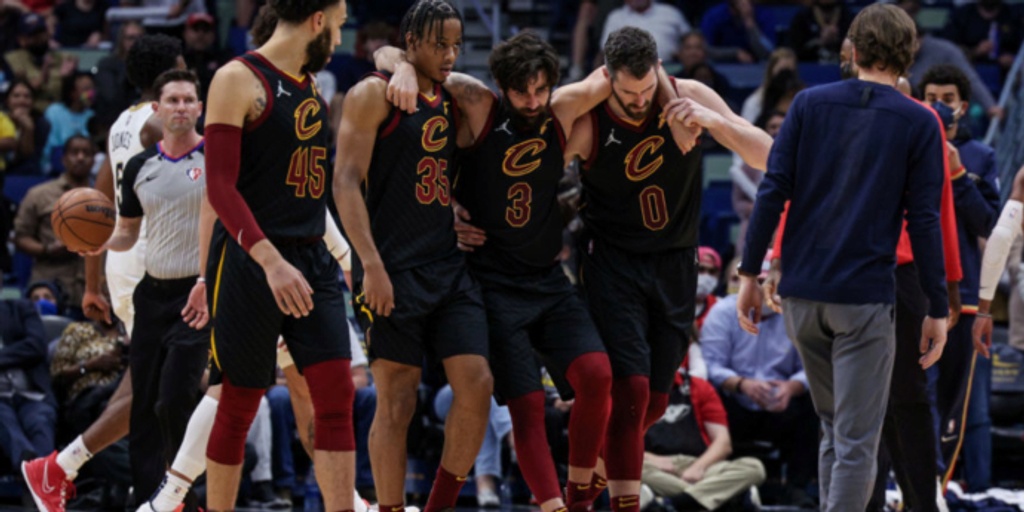 Cavaliers guard Ricky Rubio went down hard during the second half of Cleveland's road loss to New Orleans on Tuesday night, and early suspicions were that it was an ACL injury. Rubio underwent an MRI this morning and it was later confirmed that he had indeed suffered an injury to his left ACL.

Here is the official word from the Cavs:

"Cavaliers guard Ricky Rubio left Tuesday night’s road game at New Orleans in the fourth quarter with a left knee injury and did not return to action. Further examination of the injury postgame and a MRI administered today at Cleveland Clinic Sports Health revealed a torn anterior cruciate ligament (ACL). Rubio will miss the remainder of the 2021-22 season and his status will be updated as appropriate."

Rubio tore the same ACL in his left knee back in 2012. This is a huge blow to Rubio and the Cavs, as Rubio's great play was a big reason for Clevelands' early-season success. Rubio will be a free agent this summer.