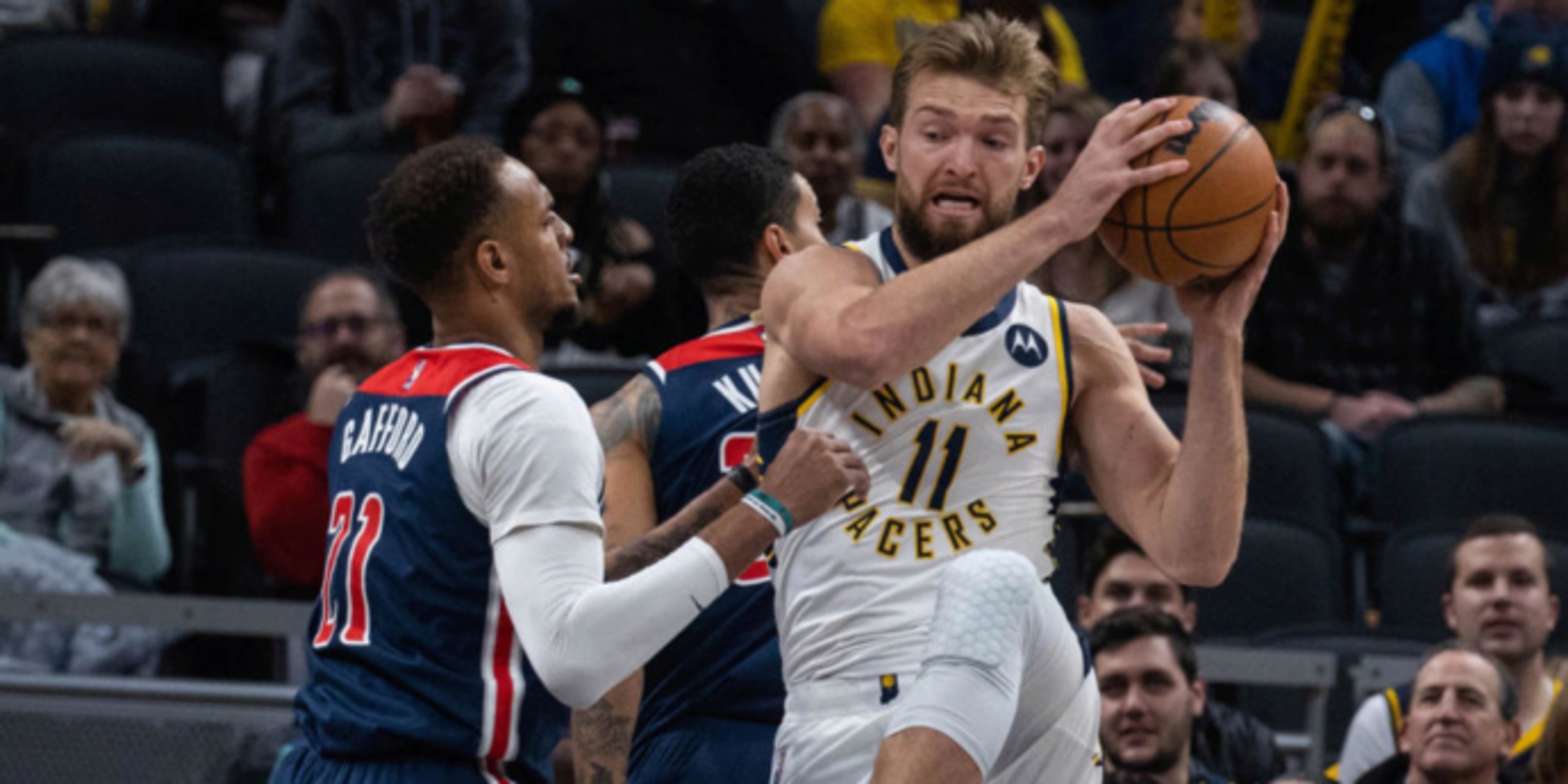 Wizards pursuing Domantas Sabonis could save face with Bradley Beal

The Washington Wizards aren't having a good time right now.

After a 10-3 start to the season, they've gone 13-24 since. Their offense (109.5 Offensive Rating, 23rd) and defense (114.7 Defensive Rating, 27th) have been woeful during this stretch. They're currently losers of six straight, which include an epic collapse against the Los Angeles Clippers and some insert-the-this-is-fine-GIF commentary from Spencer Dinwiddie.

Add in the cloud of Bradley Beal's impending free agency, and you have a less-than-fun situation on your hands. Beal has been signaling his interest in re-signing for ages, but he's also been clear about his desire to win. If things don't improve, would it truly shock anyone to see him sign a long-term extension before requesting a trade early into the deal?

The Wizards want to avoid that reality, which would explain their activity in trade talks as the deadline approaches. Both Michael Scotto of HoopsHype and Jake Fischer of Bleacher Report have reported the Wizards being in the hunt for a high level talent. Pacers big man Domantas Sabonis certainly qualifies.

Several people I’ve spoken to around the league believe the Wizards will look to go big-game hunting with the trade deadline coming up to keep Bradley Beal happy, and they could look to acquire Domantas Sabonis or Jerami Grant.

Just a week out from the Feb. 10 trade deadline, the Washington Wizards are being described by league personnel as one of the more active teams on the NBA trade market. As the Wizards have discussed adding key reinforcements such as Jerami Grant, Indiana Pacers forward Domantas Sabonis has also emerged as another significant trade target, sources told B/R.

If the Wizards are in the market for someone to take creation pressure off of Beal, Sabonis certainly fits the bill. As mentioned in this space, Sabonis is one of the best high-post hubs in the NBA. He's averaging 5.0 assists this season, a top-five mark among big men this season, but it's less about that archaic number.

Not only can Sabonis hit cutters, he has a way of prying guys open with (off-ball) screens and handoffs. He's lead the NBA in screen assists in 2 of the last 3 seasons. His off-ball partnership with Justin Holiday has been the NBA's best this year; the Pacers are generating over 1.4 points per possession on direct hookups between the two, per Second Spectrum.

Sabonis can do it all, which could be a godsend for Beal. The star hasn't shot as well this season, but he's still masterful as an off-ball mover. Having someone like Sabonis pry him open could lead to a cleaner shot diet. Considering the passing growth he's exhibited this season, more downhill reps could improve the flow of the offense.

Per Fischer, the Pacers are looking for a package "similar to or greater than the haul Nikola Vuceivic drew for the Orlando Magic last season." The Wizards have a trio of rookie-deal prospects — Deni Avdija, Rui Hachiumura, and Corey Kispert — that the Pacers could choose from, and enough mid-tier salaries to put a package together.

If they're adamant about saving face with Beal, pursuing a Sabonis trade would be a smart option.