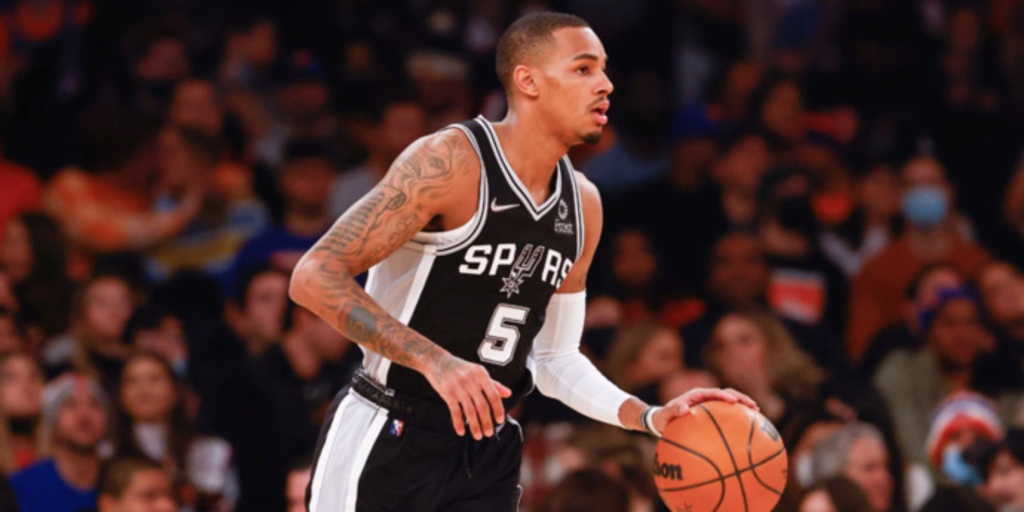 Report: Spurs may look to trade Dejounte Murray over the offseason?

San Antonio Spurs guard Dejounte Murray is in the midst of a breakout season. After taking the next step in his development, the 25-year-old looks like an up-and-coming star.

He's also posting personal-bests in Win Shares (4.1), Box Plus/Minus (5.0), VORP (2.5), assist percentage (39.8) and PER (21.5). Entering this season, Murray had just four triple-doubles in his career; through 41 games this year, he has already recorded nine triple-doubles.

Recently, on an episode of “Brian Windhorst and The Hoop Collective,” ESPN’s Brian Windhorst discussed Murray’s future in San Antonio and whether he might become available at some point.

“There’s been some chatter in the league about whether the Spurs would be willing to trade him — maybe not during the season but next summer,” Windhorst said (h/t HoopsHype).

“Dejounte Murray is having his best season, and no one talks about him at all,” he added. “And yet when I talk with executives, there are some teams that are like, ‘We’re preparing to make an offer if he might become available.’ Again, I’m not saying he’s available right now, but if they decide to do that, man, they would absolutely be selling high.”

After selecting Murray with the No. 29 pick in the 2016 NBA Draft and developing him over the past six seasons, it seems like the Spurs have found their next homegrown star. However, it’s possible that San Antonio could look to sell high on Murray instead.

It seems unlikely that San Antonio would consider dealing Murray prior to the Feb. 10 trade deadline, but perhaps he’s a name to watch over the offseason. If the Spurs decide to make Murray available this summer, one would imagine that many teams will express interest and make an offer.