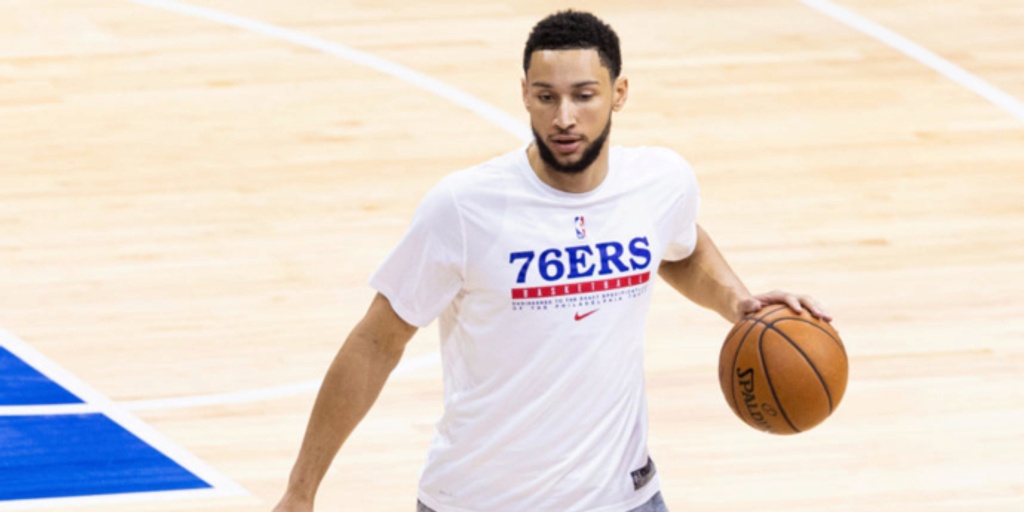 Report: Sixers have barely been in touch with Ben Simmons all summer

On the Liberty Ballers podcast, "The Gastroenteritis Blues," Jake Fischer of Bleacher Report said that the Sixers have scarcely been in touch with Ben Simmons all summer.

"It just doesn't sound like there's ever been movement to come together on the same page on that, and it hasn't really worked this summer, either."

Per @JakeLFischer on today’s @GastroBluesPod, the Sixers have been unable to get in touch with Ben Simmons this offseason. https://t.co/35ptpoy1jl pic.twitter.com/ijKxlc8TJS

Simmons averaged 14.2 points, 7.2 rebounds and 6.9 assists per game with the Sixers in the regular season, but floundered during the playoffs, leading to widespread rumors of Philadelphia making him available for trade.

According to Keith Pompey of the Philadelphia Inquirer, a Simmons trade appears "inevitable" at this point, but that the Sixers could wait until closer to the start of next season to better determine their needs and understand what's available from other teams.