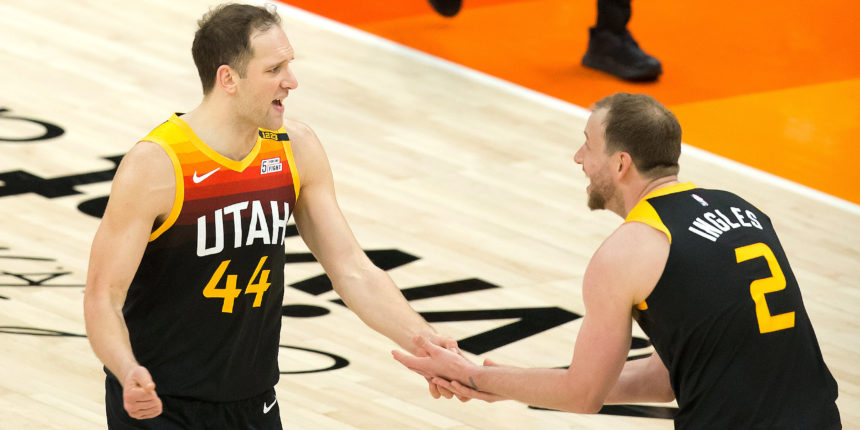 Report: League personnel most often mention Joe Ingles as the Jazz wing to watch, and Bojan Bogdanovic and Royce O'Neale are also considered available for trade as Utah narrows its focus towards building a contender around Donovan Mitchell. The Jazz are also open to discuss trading their No. 30 pick, sources said.

The Utah Jazz are known to be one of the few teams actually searching to move playoff-tested talent. Retaining Mike Conley is an offseason priority, sources said, and the Jazz have held numerous discussions with teams around the league about offloading salary to create room for Conley in free agency.

ANALYSIS: After finishing atop of the NBA standings this past season, the Jazz suffered a huge upset defeat in round two of the playoffs to a Los Angeles Clippers team that was without Kawhi Leonard for the second half of the series.

Now, the front office may be looking to make some tweaks to the roster before Utah's core tries to run it back next year. It seems that re-signing Mike Conley Jr. could potentially cost the Jazz one of their sharpshooters in Joe Ingles or Bojan Bogdanovic.