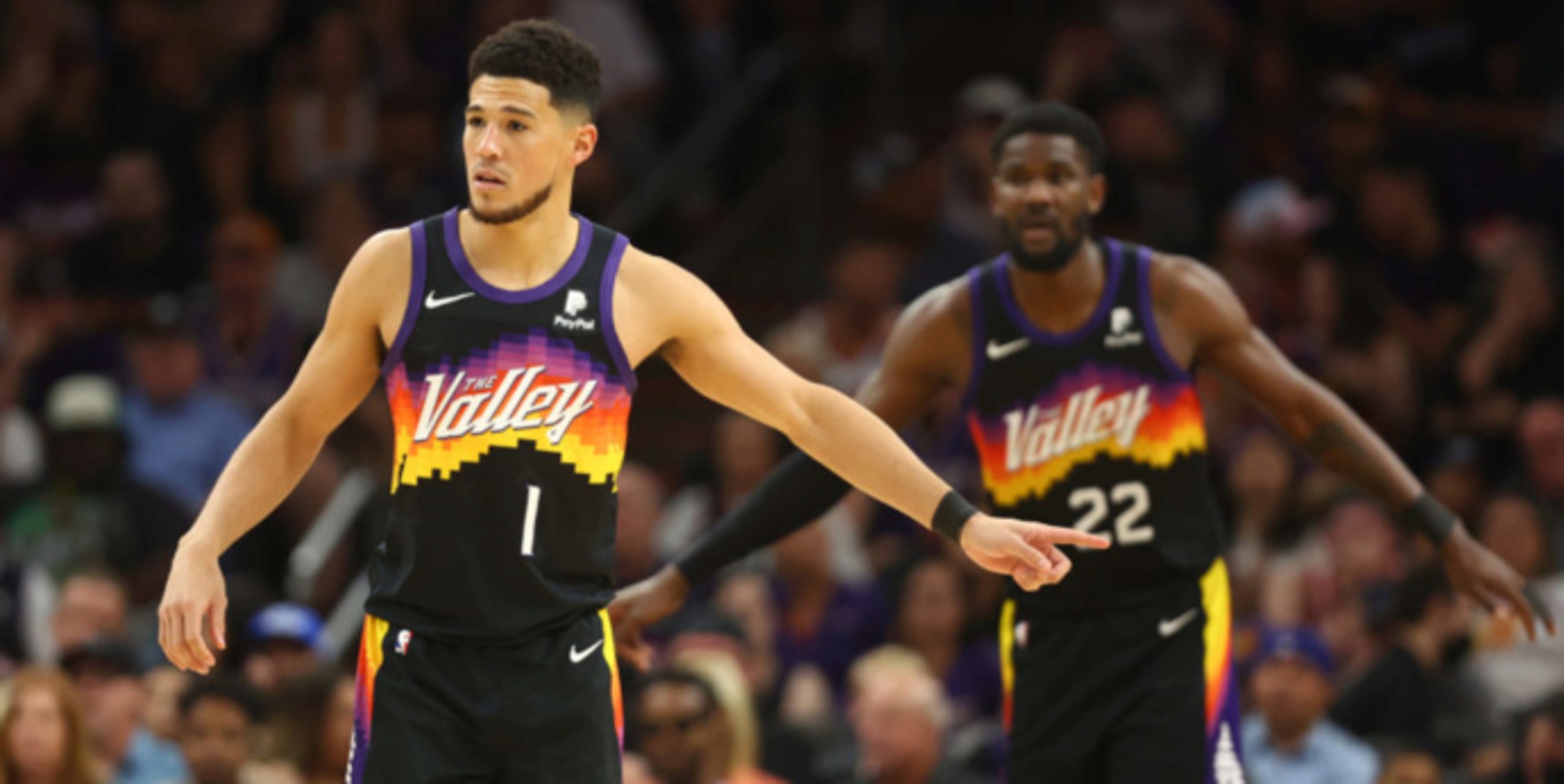 2022 NBA offseason preview: What's next for the Phoenix Suns?

The 2021-22 season wasn’t supposed to end this way for the Phoenix Suns... not even close. After a shocking exit in the Western Conference semifinals, where do the Suns turn now? With how well-built Phoenix’s roster is, there actually aren’t many holes. However, the potential domino effects are franchise-altering and there are a number of different directions the team may go.

The future of Deandre Ayton is now murkier than expected following Phoenix's shocking Game 7 blowout defeat on its home court against the Dallas Mavericks. Ayton only played 17 minutes, which included a verbal skirmish with Suns head coach Monty Williams.

“It’s internal,” Williams said of why Ayton was benched in Game 7.

Ayton will be a restricted free agent after the Suns decided not to extend a five-year, rookie-scale max offer his way before the regular season began. He was the NBA's first No. 1 pick since Anthony Bennett to not sign a contract extension before entering the final year of his rookie deal.

There’s a potentially awkward dynamic on the horizon between Ayton and the Suns. Ayton wants the highest possible dollar amount, but Phoenix’s stance at this point is unknown. ESPN’s Adrian Wojnarowski reported in October that the Suns didn’t view Ayton as a max-level player who deserved a five-year contract. Is it possible that the Suns’ stance has changed after Ayton’s 2021-22 campaign?

Suns general manager James Jones said Wednesday during his season-ending press conference that the team's main theme will be continuity, foreshadowing the likelihood of Phoenix running it all back with a core that set a new franchise record for wins.

“We want to continue to keep our consistency, our continuity,” Jones said.

Robert Sarver, the Suns' owner since 2004, also spoke on-record recently to BasketballNews.com about Ayton’s future in Phoenix. It sure feels like Phoenix values the 2018 No. 1 overall pick, but at what cost?

“I don’t think he’s so divisive here,” Sarver told BasketballNews.com last month. “I think he’s shown that he’s improved each year, helps us on both the defense and the offense. I think offensively, you see this year he’s taken another good step in terms of his touch and his ability to score around the basket. So, he’s been a key part of what we’re doing.”

Whichever direction the Suns decide to go with Ayton will have a significant impact on this offseason. It could be relatively boring summer in the Valley, or Ayton’s value could be parlayed into going all-out for a superstar.

Expect to see the Suns let Ayton test the open market in July. If he receives a max offer sheet, that’s when the clock officially begins to tick on how explosive Phoenix’s plans could become.

Another housekeeping note for Phoenix related to contracts is a massive one set to be signed this summer. Once Devin Booker officially is announced on an All-NBA team, he will become eligible for a four-year, $211 million supermax contract. It’s an easy decision for Booker and the Suns, so a hefty new contract for Booker will keep him in Phoenix through at least 2027-28.

Add in the Ayton situation on top of a looming Booker supermax, and Phoenix is ready to fully commit to paying deep into the luxury tax. Don’t forget that Cameron Johnson is another significant piece to the puzzle for Phoenix and he could be signing his own extension this summer that keeps him in Phoenix long-term through his prime years.

Running it back with this core feels like the route that will be traveled, and you can't blame the Suns for that line of thinking considering their immense success over the last two seasons after toiling in obscurity.

As mentioned, this builds upon what Sarver already confirmed to BasketballNews.com last month. For the first time since 2009-10, Phoenix will be paying the luxury tax and continue to do so for the next few years, too.

“I’m not saying we’re a market that can be in it for 10 years in a row, but when you get to a certain level where you have a chance to compete and you’re a top-four, top-six, top-eight team, [you pay it],” Sarver said. “If you’re at that level where you have a legitimate chance to compete — get to your Conference Finals and maybe win a championship — then I think you go in the tax; you pay and you do what you gotta do.”

Committing to being a full-time tax team is a huge change of pace from years past for the Suns, but the time is now to compete for their first NBA title.

Outside of the contractual angles that cloud the current in Phoenix, what moves need to be made in order to improve their roster?

After witnessing the failures behind Chris Paul and Booker in the backcourt — mainly from backup point guard Cameron Payne, who finished the postseason with a ghastly 35.2% True Shooting percentage — finding more creators is of the utmost importance.

The Suns had a golden opportunity at the trade deadline to acquire Eric Gordon, but haggling over a future first-round draft pick ended those discussions. It’s hard to deny how much a player like Gordon would’ve helped Phoenix’s offense when it began to sink against Dallas. If the Suns had a competent starting-level third guard, there’s a good chance they'd be playing the Golden State Warriors in the Western Conference Finals instead of the Mavericks.

The Suns’ roster is already filled with quality depth pieces, but how can this team take the next step? Will Ayton be part of their long-term vision alongside Booker and Mikal Bridges? Can the Suns take advantage of their flexibility with $30-plus million in expiring contracts? Is star-hunting actually in the cards?

Following one of the most disappointing playoff performances in recent memory, how the Suns respond moving forward will show how resilient this group truly is.