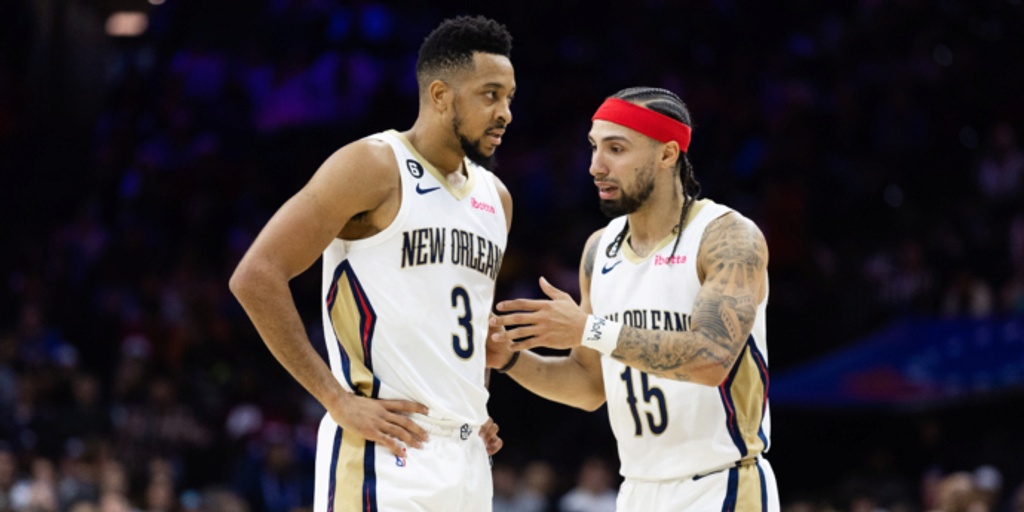 Pelicans aren't panicking despite losing 9 of their last 12

Following Sunday’s loss to the Miami Heat, the New Orleans Pelicans have now dropped nine of their last 12 games – including four-straight losses.

In defense of the short-handed Pelicans, this is a brutal stretch of their schedule and many of the losses have been to contenders – such as the Boston Celtics, Philadelphia 76ers, Memphis Grizzlies and Brooklyn Nets. However, they also had a 13-point loss against the Orlando Magic on Friday.

“We have to find our defensive identity," Pelicans head coach Willie Green said after the loss in Orlando. "Right now, we’re not guarding the way we’re capable of. Those are things that we can control; we can make a decision as a team that we want to guard better, and we just haven’t been doing it...

"We just didn’t get into the ball. I didn’t feel like they felt us much in terms of guarding the ball. Then, when we did have opportunities to stop them, our discipline has to be better. We’re fouling guys, putting guys at the free throw line.”

Trey Murphy III agreed with Green's assessment that the defensive intensity has been lacking.

“Teams have to feel us,” Murphy said. “They have to feel our defensive pressure because that is what we are built on: pressuring the ball, forcing turnovers and just being a good team defense.” 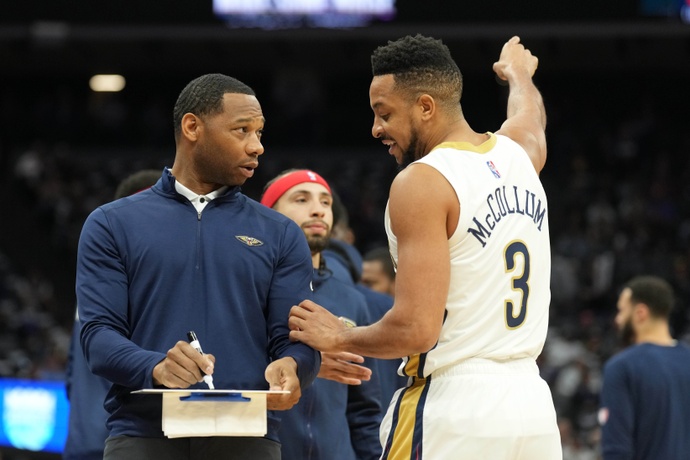 It must be noted that the Pelicans aren't at full strength, as Brandon Ingram (toe) and Zion Williamson (hamstring) have been sidelined in recent weeks and Herb Jones (lower back bruise) just returned to the lineup after missing several games.

“It’s not an excuse, but obviously it is. Having your full roster makes it a little bit easier,” Murphy said. “You are playing your rotations. There are a lot of guys that are stepping up. We have a next-man-is-up mentality, but it is always nice to have two All-Stars in your rotation. You are missing about 40 points on a very low night.”

“That’s part of the journey,” Green said of the injuries. “You dig down and go back once again, you watch some film, you try to figure out what are the things we’re doing well… and where are some areas where we can improve on. Guys being in and out of the rotation is part of the NBA. There are many teams dealing with it, not just us. We’ll continue to search and figure it out.”

Despite their recent struggles, the Pelicans aren’t panicking.

“No, not even a little bit. There is no panic at all,” Murphy said. “It is a long season. There’s ups-and-downs that you have to deal with during an 82-game season, playing for five or six months. You can’t panic over a month’s stretch.”

“No concerns… It’s part of the NBA season,” Green added. “We understand where we are. We’ll keep working, keep getting better. Nobody’s going to come save us. We have to continue to play and trust each other, which our guys do for the most part. Continue to compete and believe in our capabilities.”

The Pelicans should get Ingram and Williamson back relatively soon. In the meantime, they know that they can't let the losses pull them apart.

“[We need to] stay together… I think that is the main thing,” Murphy said. “We went through this a lot last year where we lost a lot of games in a row and we just stayed together. I think that is what really helped us and propelled us to the postseason, because we never went our separate ways and started blaming each other and pointing fingers.”

After playing seven of their last eight games on the road, the Pelicans will start a three-game homestand on Tuesday against the Denver Nuggets.