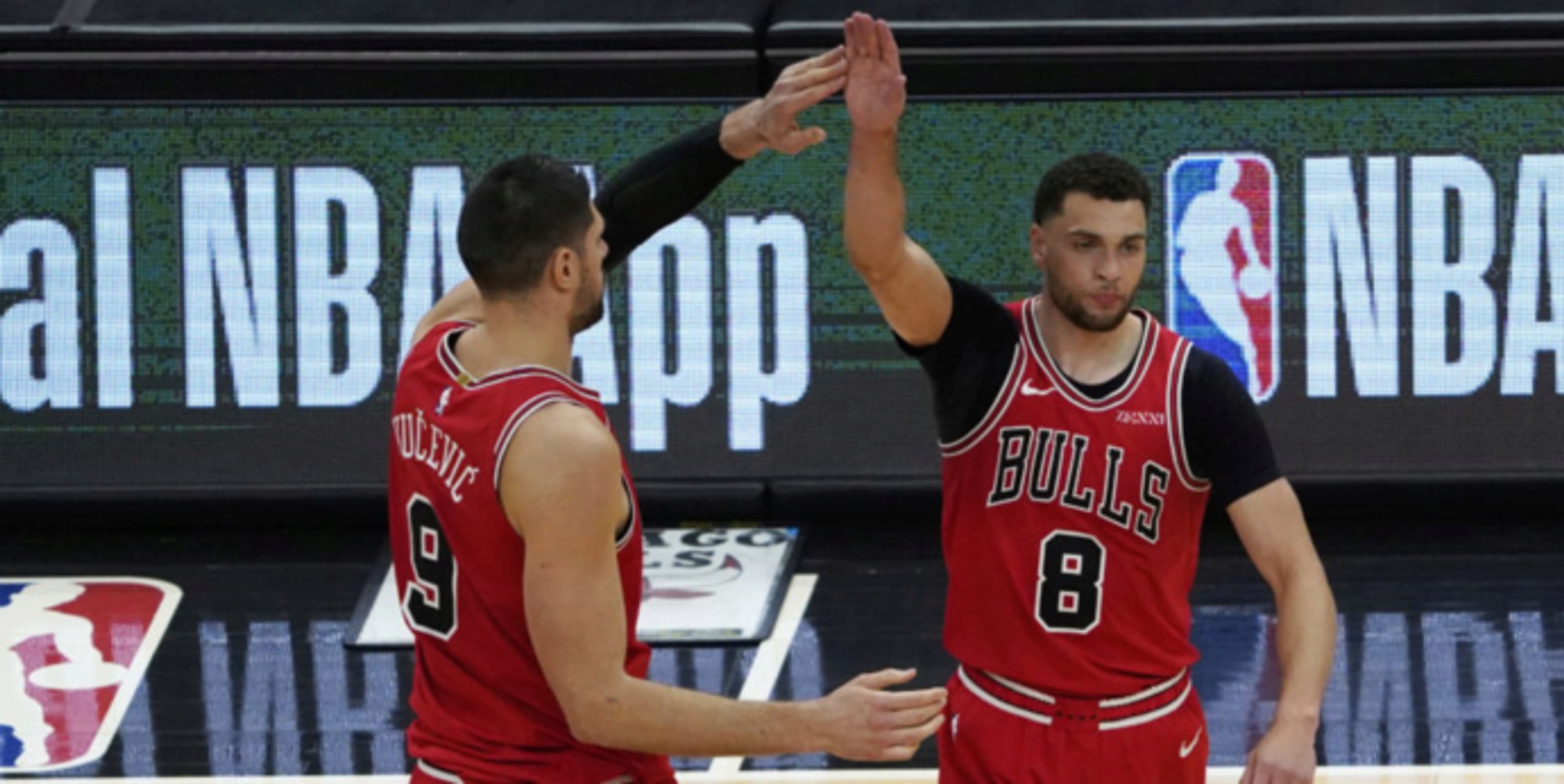 Over Bulls win total getting most action at DraftKings

The Over/Under on wins by the Chicago Bulls in the upcoming season has been set at 42 ½ at DraftKings Sportsbook, and the fans of DeMar DeRozan and Lonzo Ball’s new team believe that is too low.

The “Over” has drawn 26% of all tickets and 18% of the handle at DraftKings, according to spokesman Parker Winslow. That is the most action of any of the 30 NBA teams.

Coming off a season in which they acquired Nikola Vucevic and finished 11th in the Eastern Conference, Chicago went out this offseason and acquired DeRozan from San Antonio in a sign-and-trade, while also getting Ball from New Orleans in a sign-and-trade and adding former Lakers guard Alex Caruso.

With Zach LaVine coming off the most productive season of his seven-year career and having returned from the Tokyo Olympics with a gold medal, optimism is high in the Windy City that the Bulls can make the postseason for the first time since 2017.

Sports gambling has been legalized in Illinois, and Bulls fans are backing their team. Illinois is among 22 states (along with the District of Columbia) where sports betting is legal. Washington, Maryland, South Dakota, New York, Louisiana, Maryland, Nebraska, Arizona, Florida and Connecticut are expected to come online later this year. Only Idaho, Utah and Wisconsin have not had any publicly-announced bills devoted to sports betting legalization.

DraftKings lists the Brooklyn Nets as the favorites to win the title next season, and the Nets have the highest O/U win total: 56 ½. They are followed by the defending champion Milwaukee Bucks (54 ½) and the veteran-laden Los Angeles Lakers (52 ½).

The lowest O/U win total at DraftKings belongs to the Orlando Magic (22 ½), with the Oklahoma City Thunder and Detroit Pistons (24 ½), Cleveland Cavaliers (26 ½), Houston Rockets (27 ½) and San Antonio Spurs (28 ½) among those expected to compete hardest for draft lottery ping-pong balls.

Somewhat surprisingly, DraftKings placed the New York Knicks’ win total at just 42 ½ after they won 41 games last season and were the best team in the East over the final month of the season. New York has added free agents Kemba Walker, Evan Fournier and Dwayne Bacon to a roster anchored by Julius Randle, who won the NBA’s Most Improved Player award last season.

Some sportsbooks are just now posting their O/U win totals following the release of the NBA’s schedule for the upcoming season on Friday.

William Hill/Caesars differed from DraftKings the most by setting Oklahoma City’s O/U as the lowest in the league at 22 ½.

Usually, all of the sportsbooks have the same totals, but this year is different. William Hill/Caesars has the Knicks at 41 ½, the Bucks at 53 ½ and the Nets at 54 ½, and PointsBet has Oklahoma City and Orlando both at 23 ½. FanDuel Sportsbook and BetMGM.com have not yet posted NBA Over/Unders, which is surprising because that is annually one of the industry’s most popular wagers.

But as the industry evolves, there seems to be a push for listing a bunch more exotic bets. For example, BetMGM has posted odds for every single team facing every single other team in the NBA Finals (Nets-Lakers is +375, while Oklahoma City-Orlando is +1000000).