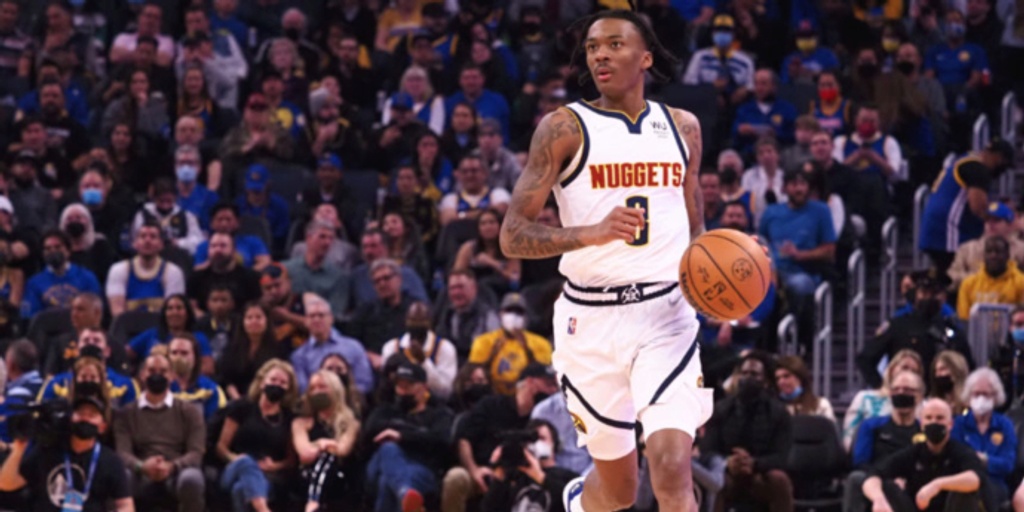 The NBA announced that Nuggets rookie Bones Hyland will replace Kings rookie Davion Mitchell in the Rising Stars Challenge due to a right hand injury that Mitchell suffered.

"Denver Nuggets rookie guard Bones Hyland will replace injured Sacramento Kings rookie guard Davion Mitchell in the 2022 Clorox Rising Stars, which will be played on Friday, Feb. 18 at Rocket Mortgage FieldHouse in Cleveland.  The annual showcase of premier young talent at NBA All-Star will air live tomorrow on TNT and ESPN Radio in the United States at 9 p.m. ET.

Hyland is averaging 8.8 points, 2.7 rebounds and 2.0 assists in 18.0 minutes in 46 games this season.  He leads all NBA rookies in free throw percentage (88.1) and ranks third in three-pointers made (79).  The 21-year-old Hyland has recorded 16 games with 10 or more points, including three games with at least 20 points.  Denver selected Hyland with the 26th overall pick in the 2021 NBA Draft.

Mitchell will not play in the Clorox Rising Stars because of a right hand injury, which caused him to miss the Kings’ game against the Chicago Bulls on Feb. 16.  He is averaging 10.4 points, 3.5 assists and 2.4 rebounds in 26.0 minutes in 53 games this season.

Mitchell will also be unable to participate in the Clorox Clutch Challenge, a team shooting competition that will take place between Game 2 and Game 3 of the Clorox Rising Stars.  He was to team up with Toronto Raptors rookie guard/forward Scottie Barnes.  A replacement will be announced soon."