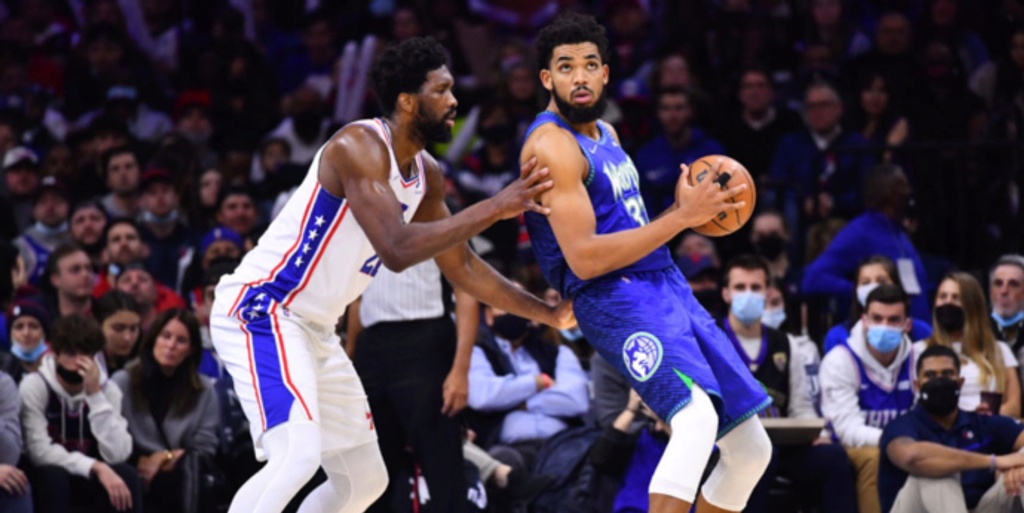 Joel Embiid is finally back for Philadelphia, and he should be licking his chops for this matchup against Orlando. Also, Tyrese Maxey’s emergence now gives the Sixers another reliable piece to the puzzle alongside Embiid. Even with the massive 13.5-point spread, I love Philadelphia in this spot to cover. Embiid should dominate inside, and Maxey and Tobias Harris hold advantages on the perimeter as well. Hammer Philadelphia and this fun power play prop bet on PrizePicks: Embiid over 23.5 points, Maxey over 16.5 points, Wendell Carter Jr. over 9 rebounds.

It’s unfortunate we won’t get the full experience of a potentially great battle due to injuries, which have run rampant on both sides. In South Beach, I’m hammering Miami to win and cover the 3.5-point spread. Despite Nikola Jokic's return, Bam Adebayo should feast inside; plus, Miami’s depth is just lightyears ahead of Denver. Tail me on Heat -3.5 and the following power play on PrizePicks: Adebayo over 19.5 points, Duncan Robinson over 11.5 points, Monte Morris over 4 assists.

I’m very much looking forward to this matchup tonight in the Windy City. The Hornets are one of my favorite teams to watch, plus I’ve been investing stock all season long in Chicago. In this one, I’m leaning toward the Bulls here because of their well-balanced attack on both sides of the court. If Charlotte is able to break through the Bulls’ defense, this could change. However, I have a hard time envisioning that scenario happening consistently, so let’s ride with Bulls -4.5 and the following power play on PrizePicks: DeMar DeRozan over 24.5 points, Miles Bridges over 17.5 points, LaMelo Ball over 8 assists.

I absolutely love Minnesota in this spot. Indiana is on the second night of a back-to-back, plus the Timberwolves’ scorers hold a serious advantage here. Expect Karl-Anthony Towns and Anthony Edwards to put on a show, as the well-rested Timberwolves easily cover the 2.5-point spread and cruise to a big victory tonight over the Pacers. On PrizePicks, here’s what I’m locking in for my power play: Towns over 21.5 points, Edwards over 21.5 points, Caris LeVert over 16.5 points, Domantas Sabonis over 15.5 points.

It’s incredible at this point how we keep making serious coin on Oklahoma City covering as the underdog. Why go away from it at this point, especially against the Rockets? Hammer the Thunder to cover and win outright on the road in Houston. Shai Gilgeous-Alexander propels OKC to another solid outing, which ends in an impressive victory in the Lone Star state. On PrizePicks, tail me on this fun power play: Gilgeous-Alexander over 19.5 points, Christian Wood over 18.5 points, Luguentz Dort over 16.5 points, Kevin Porter Jr. over 15.5 points.

This is another spot here where I love the home team, thanks in large part to its dynamic inside-out duo of Luka Doncic and Kristaps Porzingis. (Be on the lookout tomorrow for my longform feature with Porzingis on BasketballNews.com, who sat down for 10 minutes with yours truly recently on a variety of topics.) In the meantime, hammer Dallas to win and cover the 6.5-point spread. Even though Evan Mobley is back for Cleveland, it won’t be enough against Luka’s Mavericks. On PrizePicks, let’s lock in this power play: Doncic over 25.5 points, Porzingis over 18.5 points, Darius Garland over 17.5 points, Mobley over 12.5 points.

This is a rare spot for San Antonio to be in because I’m actually betting on the Spurs to cover and win outright at home tonight. Dejounte Murray continues to blossom before our eyes in the Spurs’ system, which definitely clears up any long-term confusion about his spot in their organization. Murray’s all-around brilliance helps lead the Spurs to an impressive victory against the resurgent Wizards. On PrizePicks, this is a very realistic power play that could fall our way: Bradley Beal over 24 points, Jakob Poetl over 9.5 rebounds, Murray over 7.5 rebounds, Spencer Dinwiddie over 1.5 threes.

Utah has had some disappointing moments, like when the team lost at home to the lowly Pelicans. But more often than not, they are very reliable from a gambling point of view. We’re not going off our stance of tailing Utah, which happens again tonight at home against Portland. Until Damian Lillard finds any sort of consistency, it’s hard to trust Portland right now. Rudy Gobert will also be a menace in the paint on drive attempts for the Trail Blazers. Lock in Utah -7.5, plus the following prop bet on PrizePicks: Lillard over 24.5 points, Donovan Mitchell over 23.5 points, CJ McCollum over 20.5 points, Bojan Bogdanovic over 2.5 threes.

It’s never wise to bet on a team like New Orleans, especially with how the Pelicans have played so far this season. In Los Angeles, we are hammering with emphasis the Clippers to cover the 7-point spread as one of my best bets of Monday’s slate. Paul George should feast against the Pelicans, plus Los Angeles’ depth is simply too much for a team like New Orleans. No question, I’m hammering the Clippers -7 and the following power play no PrizePicks: George over 24.5 points, Brandon Ingram over 19.5 points, Jonas Valanciunas over 10.5 rebounds.