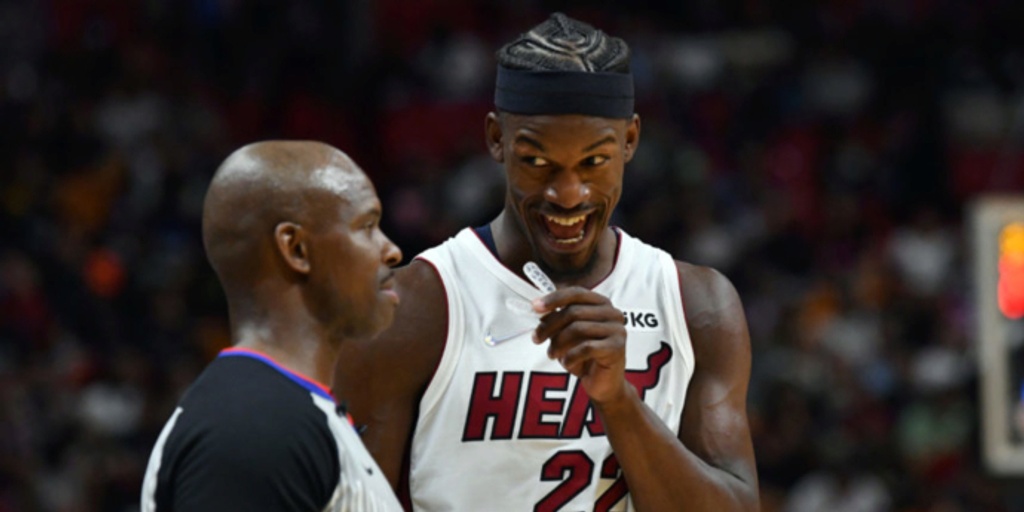 It’s time to unveil our daily picks for Fridays’s seven-game slate on BasketballNews.com's “Nothing But Bets” podcast. We were scorching hot last night, finishing 5-1 and boosting our total record up to 21-15. Will the streak of good fortunes continue? Let’s dive into our predictions, with all odds provided by DraftKings Sportsbook.

Toronto has been a little inconsistent this season, but in a matchup at home against Orlando I love the Raptors' chances here. OG Anunoby continues to prove he’s on the fast track to being a top contender for Most Improved Player, while No. 4 overall pick Scottie Barnes is adjusting quicker to the NBA than expected. With this exciting duo on the wing, it’s going to be tough sledding for the Magic to get much of an offensive rhythm. I’m rolling with the Raptors, but not confident enough to cover the 8-point spread due to their inconsistencies. Hammer the Raptors’ -365 moneyline, plus Anunoby to score 20+ points to create a same-game parlay at +155 odds.

The Pacers are on the early fast track of once again missing the playoffs. Whether it be injuries hurting the team once again, or an inability to stop high-octane scorers, Indiana is digging itself into a deep hole it will need to climb out of. Although Chris Duarte has been an awesome rookie to watch, it’s fair to wonder whether Myles Turner is in the team's immediate plans. After scoring 40 points in the Pacers' second game of the season against the Wizards, Turner has been benched in every single fourth quarter. That shows to me that Rick Carlisle doesn’t believe in the jumbo big pairing of Turner and Domantas Sabonis. So, keep an eye on Turner potentially being moved. Anyways, back to tonight’s pick. I love the Nets’ moneyline odds at -380. With Malcolm Brogdon out tonight, expect a big James Harden bounce-back alongside Kevin Durant scoring in bunches as well. For our same-game parlay, let’s roll with the following at +300 odds: Nets ML, Durant 20+ points, Harden 20+ points, Sabonis 15+ points, Duarte 12+ points, Harden 2+ threes, Durant 1+ threes, Duarte 1+ threes. It’s a big one, but could be a huge payout potentially in store.

The Hornets have been so fun to watch early on this season, but this feels like a real mismatch heading down south to face Miami. The Heat have the best defense in the NBA, so it’s going to be very tough sledding for the young Hornets to generate a rhythm. Add on top of that Jimmy Butler being extra motivated for the challenge to halt Miles Bridges, and this could be a night where it’s not close in South Beach. I’m emphatically hammering Heat -6 as one of my best bets of the night, plus Butler sending a statement to Bridges in the process. Here’s a fun SGP to tail at +320 odds: Heat -6, Butler 20+ points, Bridges under 20 points.

I love the home underdog here in the Bayou. After the Pelicans recently notched their first win in the Willie Green era, I’m rolling with them to get the job done against Sacramento. The Kings are riding high off an impressive road win against the Phoenix Suns, but I have this feeling we'll see big outings from Brandon Ingram and Jonas Valanciunas. At +310 odds on DraftKings, you can lock in this very realistic same-game parlay: Pelicans ML, Ingram 25+ points, Valanciunas 14+ points. Although the Kings have gotten off to a hot start early on in the 2021-22 campaign, I think they'll head home with the loss after visiting New Orleans on Friday.

The last time these two teams faced off in Los Angeles, it was a rout in favor of the Clippers. This time around in Portland, I’m rolling with the Trail Blazers to even the season series. These two teams are very evenly matched up, so the home team should get the job done. Also, Damian Lillard has gotten off to a cold start. I predict tonight is the night Lillard finally snaps out of that funk with a fun duel against Paul George. Hammer the Blazers’ spread at -3, plus Lillard and George to both score 20+ points. That’s a +150 odds boost on a DraftKings same-game parlay.

Even with Nikola Jokic’s status for tonight’s game up in the air with a knee injury, I’m stunned Denver is the favorite here. This feels like another opportunity where the underdog pulls off the W. Jokic could play, but I’m leaning towards not with how cautious the Nuggets’ medical staff usually is with injuries. Luka Doncic should be in for a huge night in Denver, which is what I’m parlaying into my same-game parlay for this one. Give me the Mavericks’ +110 moneyline to pull off the upset, plus Doncic to score 25+ points. If that happens, the odds of it hitting are currently at +180.

This line was originally at -9, but it’s moved down almost two points since this morning. There’s not a lot of faith in the LeBron James-less Lakers right now for good reason, especially when they lost to the Oklahoma City Thunder and barely beat the San Antonio Spurs. If LeBron can't give it a go, expect Anthony Davis and Russell Westbrook once again to carry the load for Los Angeles against a surprisingly tough out in the Cavaliers. This one could go either way for me, quite honestly, but I love the Lakers’ moneyline odds at -310. For a fun same-game parlay at +190 odds, all you would need is the Lakers to win plus Anthony Davis and Russell Westbrook to both score 20+ points.