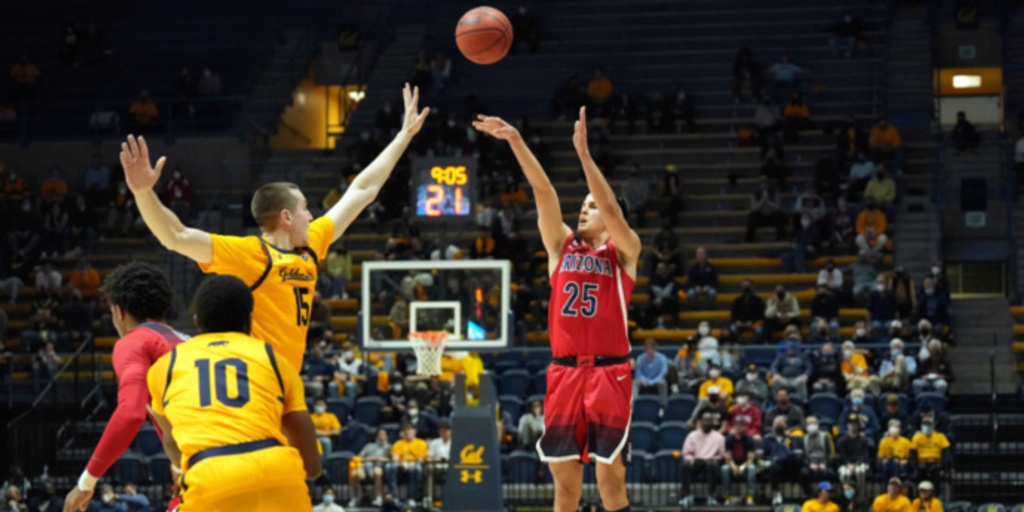 Arizona (16-1, 16-0 Pac-12) has been firing on all cylinders, with the team winning its last five contests in a decisive fashion. Sophomore Bennedict Mathurin has the makings of a top-10 pick in the 2022 NBA draft. Standing at 6-foot-6 and 210 pounds, he is an explosive athlete that is capable as a slasher and finisher. He's averaging 17.1 points per game. Following Mathurin in points per game are Azuolas Tubelis and Christian Koloko with 15.1 and 12.8 points respectively.

The Golden Bears (9-10, 2-6 Pac-12) entered this contest on a very different note. Having lost four in a row, they have struggled to put enough points on the board to keep games competitive. Jordan Shepherd and Andre Kelly have been the bright spots for Cal this season, both averaging 14.0 points per game.

Shepherd led all scorers in this one with 21 points on 7 of 19 from the field. Meanwhile for the Wildcats, it was the junior center, Koloko, that led the way. He posted 19 points, 13 rebounds and 3 blocks.

Right from the jump, Arizona took control and ran out to an early 24-10 lead. Mathurin hit some big three-pointers to get rolling, ending the game with 14 points, 8 rebounds and 4 assists. The Wildcats had scoring runs of 17-3 and 15-3 in the first half alone, as they secured a 48-27 lead at the break. On the other side, Cal head coach Mark Fox was ejected in the first half after getting called for two technical fouls.

The second half didn't look much different, as the Golden Bears weren’t able to make enough headway to even pull within striking distance. Cal’s bright spots today were Shepherd, Kelly who posted 8 points and 8 rebounds, as well as Grant Anticevich — he scored 7 points while securing 7 rebounds.

Arizona has two games against No. 9 UCLA and one against No. 16 USC on the docket. If they’re able to take care of business, they should secure a No. 1 seed come March Madness.

Both teams will face No. 9 UCLA next week. Arizona visits on Tuesday, Cal on Thursday.