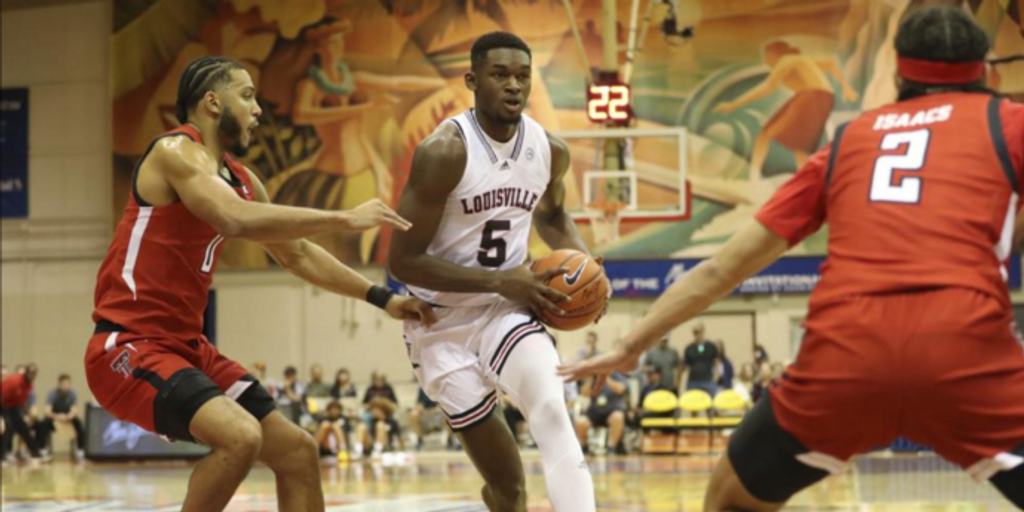 No. 21 Texas Tech holds Louisville to lowest score since 1948

The 21st-ranked Red Raiders held the Cardinals to their lowest point total in 74 years in a 70-38 victory in the Maui Invitational on Tuesday, a result that continued Louisville’s worst start to a season since 1940-41.

Louisville had a tough enough time offensively in its 80-54 loss to ninth-ranked Arkansas on Monday. Things got much worse Tuesday. The Cardinals have shot 29% overall and 23% on 3-pointers and committed 40 turnovers in their two games.

“The two things I take away from Arkansas and Texas Tech is their defense, their ability to create turnovers,” Payne said. “It’s not about how skilled they are. It’s about their will.”

Kevin Obanor scored 15 points to lead the Red Raiders (4-1), who bounced back from a 76-65 loss to No. 10 Creighton on Monday with their most dominating defensive performance since holding Incarnate Word to 37 points in 2018.

“They imposed their will on us consistently throughout the whole game and we turned the ball over and we shot a bad percentage because of them,” Payne said. “We have to learn from that and we have to play the similar way as they played.”

Louisville (0-5) was held scoreless for more than 10 minutes spanning the halves. The Cardinals missed 13 field goals and two free throws and committed six turnovers during the drought.

The 13 first-half points were the fewest allowed by Texas Tech since Northwestern State scored 10 on Dec. 12, 2018. It was only the second time since the 2009-10 season that Louisville had scored so few points in a first half.

El Ellis and Jae’Lyn Withers each scored seven points for the Cardinals, who were 11 of 49 from the field (27%) and finished with 18 turnovers.

“Well, I was on them pretty hard yesterday,” Tech coach Mark Adams said. “I don’t necessarily like to be that way. But we just got so many new and young players and we got to get them to grow up. Sometimes you have to do that different ways. We’ve been more stern with them and talk more about discipline and toughness.

“Still have a long ways to go, but it was really satisfying to see these guys at least listen, be coachable, and I think make a step forward.”

Texas Tech: Adams, in his second season, has never lost back to back games with the Red Raiders. Tech’s trademark defense is in midseason form, having allowed 55 points or less in three of its first four games.

Louisville: The Cardinals’ worst start in 82 years continues. They started 1940-41 with 11 straight losses.

Louisville plays in the seventh—place game Wednesday against the Ohio-Cincinnati loser.